Polaris General XP 1000 Review: A UTV That Strikes a Balance Between Work and Adventure 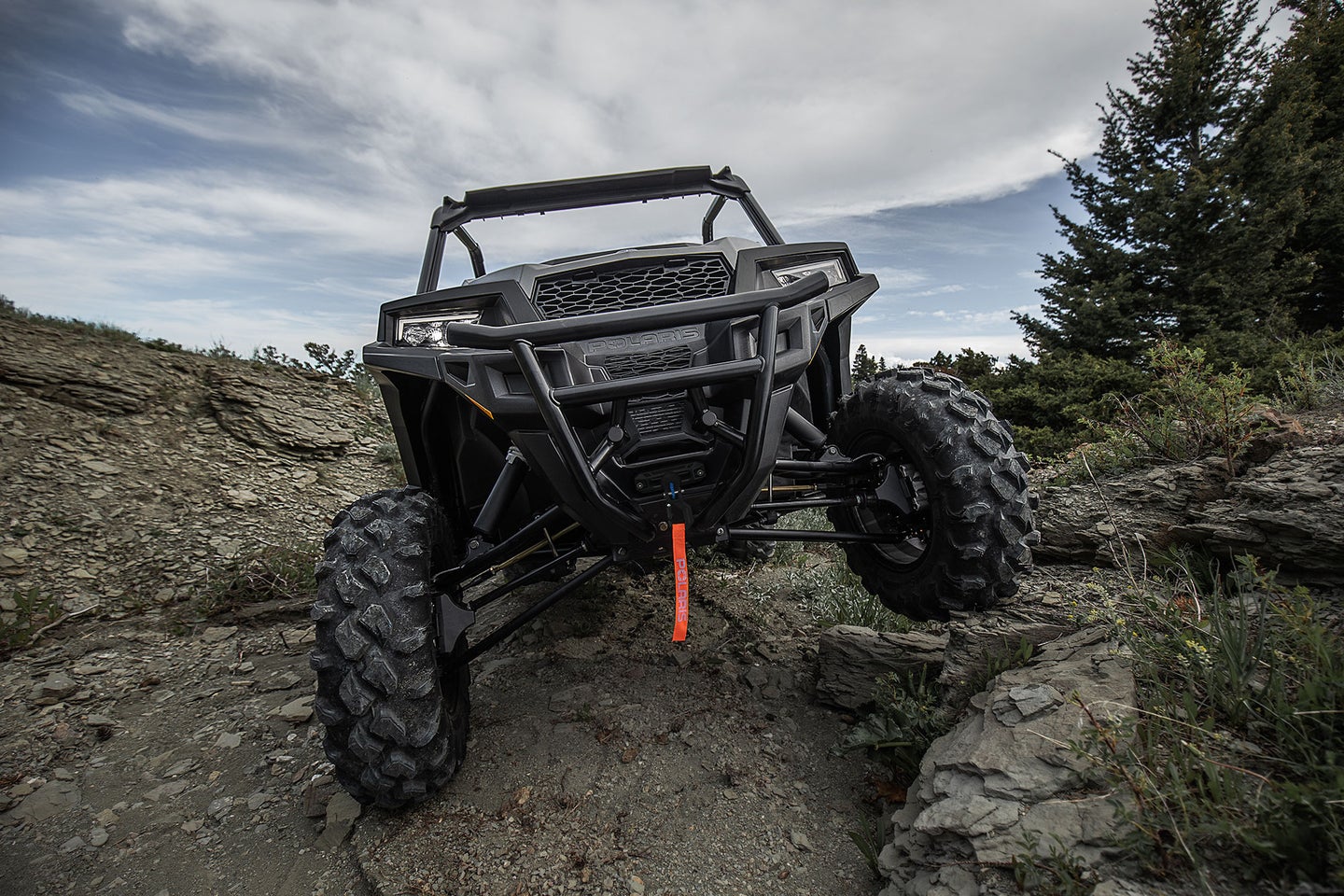 The Polaris General XP 1000 is capable on the trail and on the farm. Polaris
SHARE

If you need to get a buck back to camp or pull an open trailer stacked with snow goose decoys across a muddy Arkansas rice field, there are few machines that get those jobs done better than a Polaris Ranger side-by-side. Conversely, if you’re touring the sand dunes of Baja, where speed, handling, and comfort are paramount, the Polaris RZR is the ultimate choice. But folks interested in a machine that combines the features from both platforms didn’t have a real option until Polaris launched the General in 2015.

A 2023 Polaris General XP 1000 arrived at my parent’s farm in early spring—just in time to till a two-acre wheat field for planting. We used it to scout for turkeys in April and May, plus drive down to the fishing hole in summer. In the fall, my cousins put the General to an unauthorized speed test, finding out just how fast it could go (it was fast). During deer season, we used the winch to drag an 8-pointer out of a brush-choked gully and load it in the short bed of the Polaris.

The General proved to be a machine that everyone in my extended family could enjoy, which was the point in creating this multifaceted UTV lineup. It caters to everyone, from hunters like me, to my young cousins just out for a joy ride. The General is also capable of going off trail when you need it to.

The Polaris General XP 1000 Is Built for Any Terrain

Just by looking at the General, you can tell it’s an aggressive UTV. It’s equipped with 30-inch Pro Armor Crawler tires and has a wide 64-inch wheelbase, plus 13½ inches of ground clearance. Add in the 100-horsepower liquid-cooled 999cc engine, and you have a very capable side-by-side. It can also take on elevation changes, drive through river bottoms, and traverse slippery hillsides with ease.

At my parents farm, you can transition from grass, to cut ag fields, to loose gravel, and blacktop all in one quick trip. What I found incredible about the General, is it handled much the same on all those surfaces. Sure there’s a difference trying to crawl up a slick two-track after a thunderstorm versus flat, dry pavement, but the XP 1000 made it nearly indistinguishable. The tires’ ability to grab hold of soft or hard surfaces—and the engine’s ability to deliver the proper amount of power in all those circumstances—was phenomenal.

For the last decade, I have almost exclusively used Rangers for hunting. They are invaluable tools for duck hunters—my main outdoor pursuit—because of their durability and performance in flooded fields or on muddy levees. But there are many UTV buyers who don’t use a machine for just one pursuit. And the General can fill multiple roles. It can be used for hunting, but also farm work, towing fishing boats or rafts into hard-to-reach waters, and trail riding.

It had no issue pulling a 500-pound disc tiller through our two-acre wheat field before planting. I also used the General for hauling chopped wood from a downed oak back to the cabin several times. The only issue there was the bed was not very long (just over two feet), so I had to make more trips than I’d like.

The Polaris General was also an accommodating ride for anyone who simply wanted to drive it. The Walker Evans rear and front shocks made the General float across harvested bean fields and trails around our farm.

Is the Polaris General XP 1000 a Good Fit for Hunters?

Most hunters buy a Ranger because the base models are relatively affordable and powerful. For instance, a Ranger has more torque (140 foot-pounds on the 2023 XP Kinetic) than the General (Polaris does not have an official torque rating on the XP 1000, but it is less). With a quality set of aftermarket tires, you can draw far more power from a Ranger’s engine.

If you’re strictly a deer or duck hunter, or only need a UTV for farm work, buying a Ranger is the right call. But if you’re looking for a UTV that does more than haul and tow, take a look at the XP 1000. It can do many of the things a Ranger can, just not as efficiently, especially on payloads and pulling heavy loads. However, it’s a machine that your entire family will feel comfortable using, because the General is more like driving a small car than a four-wheeler.

What Accessories Should You Add to the Polaris General XP 1000?

How you will use the General XP 1000 depends on what accessories you will want to add, but here are a few Polaris offers that will be useful at the farm or on the trail.

Bed Extender: This steel-tube frame extender allows you to add 30 percent more cargo by letting down the tailgate and installing it. You could fit two does or a large buck comfortably in the bed with this option. It also would have made hauling all that firewood much easier for me.

Rhino Rack: I had this accessory on my test model, and found it invaluable when there was a bed full of dirt or chopped wood. You can use tie-downs to keep a shovel or chainsaw in place during transport. Without the rack, I would have had trouble hauling those tools around without them falling out of the bed. It would also be useful for a trailrider who needed to bring a spare tire and tire jack along.

Ride Command Edition: Polaris’s 7-inch touch-screen display allows you to map out your trail ride, sync up with other riders (so you know where they are), and includes GPS navigation. You can also run UTV diagnostics, it’s bluetooth capable, and even has a backup camera, a handy tool if you’re in the backcountry navigating rock ledges.

The Polaris General is an ideal machine for anyone looking for a versatile UTV. Of course, with that versatility comes some limitations. It can’t haul or tow the poundage of a Ranger, and it’s not as fast and doesn’t handle as well as an RZR. But overall, it has more uses than either of those vehicles.