The Titan XD strikes a solid balance between price and capability. It is also one of the most powerful trucks in its class 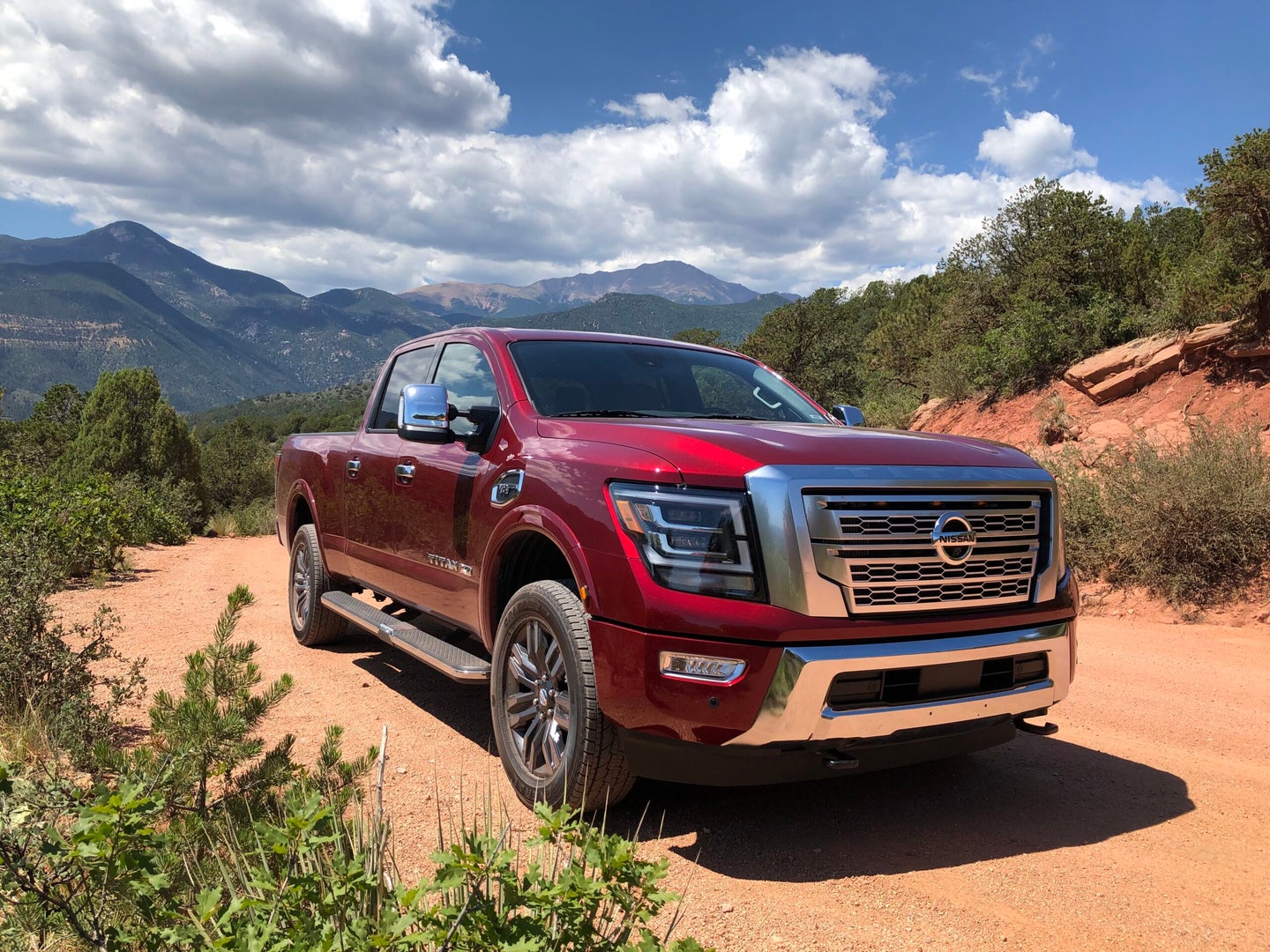 Nissan entered the American truck market in the late 1960s, selling its pocket-sized pickups under the Datsun marque. Over the next three-and-a-half decades, Nissan continued to sell small trucks in the U.S., but the 2004 Titan changed all that. The new truck—made in Japan— challenged Detroit automakers in a way that the fledgling Toyota Tundra had not. Then, 12 years later, Nissan attempted to boost sales by upping the ante with a beefier Titan, the XD.

When Nissan introduced the Titan XD in 2016, it took an “almost heavy-duty” approach to the truck. Like GM’s 1500HD trucks from the early 2000s, the XD was a 5/8-ton truck, a half-ton pickup built on a heavy-duty frame. In addition to its stout underpinnings, the XD came with two engine options: the standard 5.6-liter Endurance V8 and a 5.0-liter Cummins diesel with dual turbos capable of producing 555 lb.-ft. of torque. (Unfortunately, the XD lost the Cummins with its 2020 refresh.) It also came with commercial-grade components and a look that mirrored the second-generation Titan which was released the following year. The XD was designed to improve upon the original Titan’s capabilities and challenge the competition with a truck that the half-tons couldn’t touch without straying into 3/4-ton pricing.

To keep things simple, the Titan XD comes in only one configuration, although Nissan once anticipated offering all three cab sizes. Today, the XD is a 4×4-only truck with a crew cab and standard bed.

Nissan has cut back on trim levels as well, offering four options:

First Impressions of the Titan XD

My loaner truck for this review came in the Platinum Reserve trim level. Externally, the truck’s tall hood, sharp red paint, chrome trim, and machined 20-inch wheels created an eye-catching package. Inside, the XD features the same layout and dimensions as the standard Titan. My test truck sported front and rear saddle tan leather seats (perforated, of course) with a matching console lid and door panels along with a healthy amount of chrome and faux wood accent trim up front.

Dimensionally, the XD’s cab is identical to the standard Titan. The cabin offered plenty of legroom, especially in the back, but headroom was a bit limited, with the rear taking a major hit due to the optional sunroof.

Behind the dash, I was hit with a distinctly old school feel thanks to a steering wheel with somewhat car-like proportions, a steering column-mounted mechanical shift lever, and a handful of prominent analog controls, like the 4×4 actuator switch. While some may dislike such throwbacks, I enjoyed the familiar feel, tactile feedback, and sense of control they provided. That said, the cabin still had plenty of modern conveniences, including a touchscreen infotainment and a dash with both traditional-style gauges and a driver information screen.

Pounding Pavement in the Titan XD

I quickly came to appreciate the steering wheel’s smaller proportions. While the 5.6-liter V8 puts down plenty of power and torque, you wouldn’t know if when stepping on the gas. Still, the truck accelerates well enough after some initial hesitation. While cruising down the blacktop, I immediately noticed the trucklike ride, par for the course with a heavy-duty pickup. The shocks provided limited dampening, reminding me that I was driving a work-first truck. On the highway, I found that I disliked the large yet restrictive main mirrors and found myself frequently relying on the smaller ones to reliably check my blind spots.

After familiarizing myself with the XD on asphalt, I took the Titan up into Pike National Forest for a bit of real-world use. The road I took involved several hairpins which the XD navigated with ease even with its extra length. Shifting into 4Hi was a breeze, and once moving, the system performed quite well on dirt and gravel, resisting slippage with ease despite the Platinum Reserve’s standard all-season tires.

At one point, I shifted into 4 Lo to navigate a short rocky section. Shifting into 4Lo took more deliberation than switching between 2WD and 4Hi, requiring me to shift into neutral and push the switch level in before tackling the rock bed.

On the drive back down the mountain, I transitioned the transmission into manual mode for a more controlled speed. (Pushing the shift toggle switch on the shift lever activates manual shifting while pressing and holding the same button switches the truck back to automatic mode.) During my descent, I found myself mostly in second gear with occasional shifts into third for mild grade sections which kept my average speeds in the 15 to 25 mph range. Per the Titan XD driver’s manual, first gear is only for rock crawling and similar activities, and I can confirm this as I saw a snail race past me while I crawled in first.

Where the Nissan Titan XD Hit the Mark

Where the Titan XD Missed the Mark

Is the Nissan Titan XD the Right Truck for the Job?

If you like half-tons but need a higher payload rating than the standard offering, the Nissan Titan XD may be the way to go. While a properly configured F-150 can surpass the Nissan’s payload capacity, doing so costs an extra $5,600, making the XD a cheaper (albeit heavier) option. As such, the XD could be a desirable choice for hunters hauling heavy loads.

That said, the Titan XD fills a market niche that may not cater well to the needs of other hunters. For a comfortable daily driver that doubles as a hunting rig, you might be better off with a half-ton pickup or even a capable mid-size. On the flip side, a traditional 3/4-ton rig is best when high payloads and heavy trailers are regular fixtures in your daily life.

Read Next: The Cheapest Full-Size Hunting Trucks of 2022

Nissan keeps extra features to a minimum which makes customization an impractical option. As such, I’d go with the XD’s Pro-4X trim level with its all-terrain tires. Beyond that, the bedside Titan Boxes, tie-down cleats, and rock rails (with detachable steps) would also find their way onto the exterior, while I would go for rubber mats and possibly one or two other protective interior add-ons into the mix. By contrast, a similarly configured SV model with aftermarket tires will only save you about $1,000. The low-end S models lack adequate skid plates, making them unsuitable for many hunters, and the Platinum Reserve models seem a bit too rich for most hunters even without an A/T tire upgrade.