A roundup of what's new in gun rights, gun control, and the courts 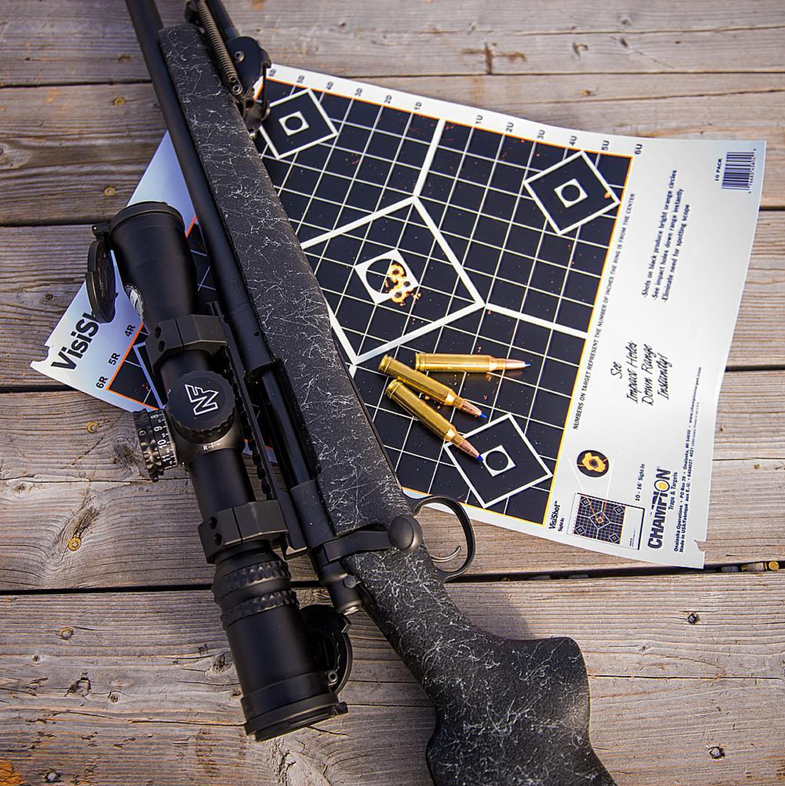 Less than a day before Donald Trump took the oath to become the 45th President, Barack Obama issued Director’s Order No. 219, requiring the United States Fish & Wildlife Service (FWS) to expand “the use of nontoxic ammunition and fishing tackle on Service lands, waters and facilities and for certain types of hunting and fishing regulated by the Service” outside those areas.

According to the FWS, the intent of the order is to “require the use of nontoxic ammunition and fishing tackle to the fullest extent practicable for all activities on Service lands, waters, and facilities by January 2022, except as needed for law enforcement or health and safety uses.”

The order also calls for collaboration with state and fish wildlife agencies in implementing the policy.

According to the National Rifle Association, the order outlines a series of steps the FWS will take to implement the policy, “first and foremost of which is the favored gun control tactic of using ‘science’ to re-enforce pre-existing policy goals, rather than to guide those goals in the first place. Rather humorously, the order states, ‘The Service will continue to support targeted research to understand the human, fish, and wildlife health benefits of using nontoxic ammunition and fishing tackle.’”

The Association of Fish & Wildlife Agencies President Nick Wiley, in a published statement, criticized the order, saying it “flies squarely in the face of a long and constructive tradition of states working in partnership with the Service to effectively manage fish and wildlife resources.”

Wiley described the order as “a breach of trust and deeply disappointing, given that it was a complete surprise and there was no current dialogue or input from state fish and wildlife agencies prior to issuance.”

To be sure, this latest development further demonstrates the petty, partisan tendencies of the former president and is as aggravating as it was predictable.

The good news is Obama’s parting shot may never be implemented because it is likely to be rescinded by Trump as soon as someone draws up the paperwork for his signature.

“Like so much of what Barack Obama claimed as ‘accomplishments,’” the NRA said, “it will hopefully amount to little more than a symbolic act of defiance by a president with little of substance to show for his eight years in office.”

At a news conference on Jan. 17, during the 39th annual SHOT (Shooting, Hunting, Outdoor Trade) Show in Las Vegas, the National Sports Shooting Foundation (NSSF) and the American Foundation for Suicide Prevention (AFSP) announced they will expand their Project 2025 program designed to help prevent suicides.

AFSO CEO Robert Gebbia said the two groups may seem like “an unlikely alliance” — as described by mainstream media headlines— but they share a common goal and have worked well together in the year since discussions began.

“We’re interested in not taking guns away, but in limiting access by those who have serious mental health problems and are at risk,” she told SHOT Show attendees.

Suicide is the 10th leading cause of death in the United States, with more than 44,000 Americans dying each year — half of them using a firearm. Project 2025’s goal is to reduce the number of suicides by firearms by 10,000 in the next decade .

The idea is simple: Distribute brochures and other materials at dealers, gun ranges and retailers about the warning signs of suicide. In the four states where the materials were left as part of the pilot program, they were warmly received.

That’s no surprise. In many places, gun owners consider themselves part of a fraternity. Many belong to clubs, hunt together, enjoy recreational shooting with each other, are family members. If they can recognize the warning signs, it is often they who are best able to prevent someone from accessing a firearm when in crisis.

And it can often be as easy as ensuring firearms are securely stored, not accessible to someone who may not be thinking right in a spur of the moment impulse.

“This partnership has been a true collaboration since we started conversations last year. AFSP sees this relationship as critical to reaching the firearms community,” Gebbia said. “One of the first areas identified through Project 2025 was a need to involve the gun-owning community in suicide prevention. By joining forces with NSSF, we reach both firearm owners and sellers nationwide to inform and educate them about suicide prevention and firearms, and offer specific actions they can do to prevent suicide. Through Project 2025 analysis and the work of this partnership, we know that this public education has the potential to save thousands of lives.”

Officials in eight states have announced that they will not extend reciprocal recognition to a new Tennessee law that allows 18-20 year old active-duty military members to qualify for state-issued handgun-carry permits.

The law, passed last year and effective Jan. 1, creates an exception in the legal requirement that permit holders be at least 21 to allow active military service members between 18-20 to apply for the permits. It also applies to 18-20 year-olds who have been honorably discharged.

Tennessee Firearms Association Executive Director John Harris said, as an attorney, he wasn’t surprised that other states won’t recognize Tennessee’s law. “I knew what was going to happen because I’ve looked at this for 20 years,” he said. “A number of states have language in laws saying 21 and over.”

As a result, Harris told The Times Free Press, “some states are saying we won’t recognize your law at all. A few other states took somewhat of a different approach” by only recognizing Tennessee permit-holders aged 21 and older for purposes of carrying a firearm publicly.

According to Moster, these states have problems with the Tennessee law:

—Colorado,West Virginia, Florida and North Dakota will not honor permits issued to 18- to 20-year-olds or non-resident permits.

—Nebraska and Wisconsin will not honor 18- to 20-year-olds’ permits.

—Delaware has informed Tennessee that as of Sep. 23, 2017, it will no longer recognize non-resident Tennessee permits.

Harris told the Times Free Press that the Tennessee General Assembly “keeps carving up the citizenship based on what your job is or used to be and giving them preferential treatment under a law that pertains to a fundamental constitutional right. I wouldn’t support a bill that when it comes to voting, you get to go to the front of the line” based on certain qualifications.

A 7th U.S. Circuit Court of Appeals judge on Jan. 18 ruled a Chicago law banning individuals under 18 from commercial shooting ranges, and zoning regulations restricting their operation to manufacturing districts, to be unconstitutional.

The ruling was issued by Judge Diane Sykes, who is frequently cited as being on the short-list for President Donald Trump’s first appointment to the Supreme Court.

Sykes, noting that the city’s zoning regulations make only 2.2% of the city’s total acreage even theoretically available for commercial gun ranges, said the regulations impose an unfair restriction, as evidenced by the glaring reality that not one shooting range exists in the city.

It is unfair since the city has imposed a matrix of requirements that mandates those granted handgun licenses — something grudgingly accommodated since the landmark 2010 McDonald v. Chicago ruling — in the city maintain proficiency in firearm use via target practice at a range.

According to Kevin Daley of The Daily Caller, “Sykes’ ruling further reinforces her reputation as one of the most conservative jurists currently serving in the federal courts. She previously authored an opinion barring enforcement of the Affordable Care Act’s birth-control mandate, and another opinion restoring student organization status to a chapter of the Christian Legal Society at Southern Illinois University School of Law. In the latter case, school officials had revoked the Society’s credentials because they do not admit homosexuals.”

— Here Are The Early Favorites For Trump’s Supreme Court Nominee