California’s 30-Year-Old “Assault Weapon” Ban Was Overturned. Here’s What You Need to Know

Assault weapons, including the AR-15 have been banned in California for 30 years, but a judge just ruled the law unconstitutional 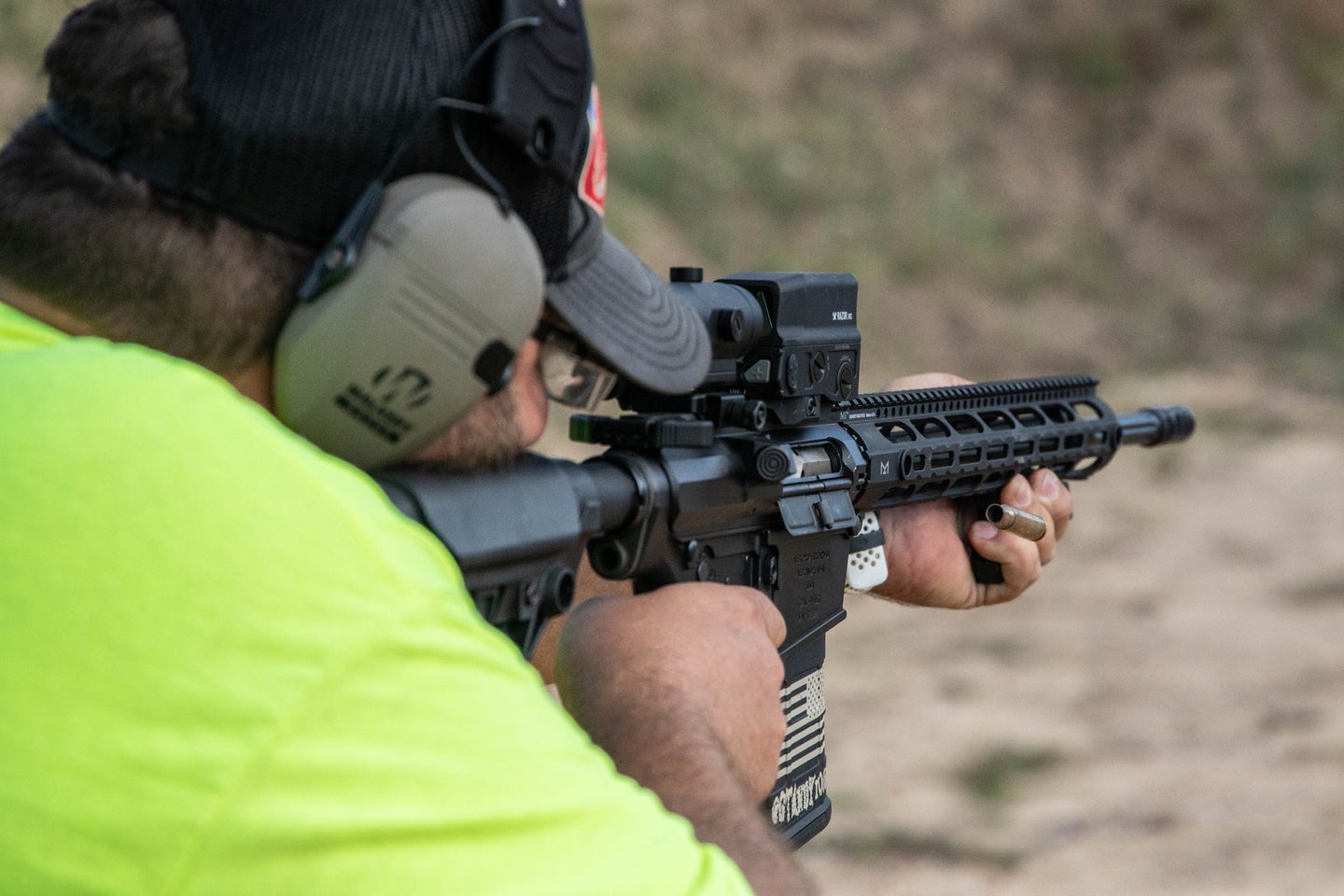 A federal judge in California has struck down the state’s 30-year-old “assault weapon” ban (AWB), dubbing it unconstitutional. Judge Roger T. Benitez overturned the long-standing gun ban on June 4 in the case of James Miller v. Rob Bonta, Attorney General of the State of California, and compared it to the 10-year Federal AWB that was in effect from 1994 to 2004. He twice called California’s extension of that ban a “failed experiment” in his decision.

“Congress has not re-enacted a (federal) ban since that time…State level assault weapon bans that remain in effect have little to show,” Benitez wrote. “No case has held that intermediate scrutiny permits a state to impinge on the Second Amendment right by continuing to employ a known failed experiment.”

Benitez wrote that all sections of California’s penal code that define assault weapons and restrict their use are to be “hereby declared unconstitutional and shall be enjoined.”

“In the end, the Bill of Rights is not a list of suggestions or guidelines for social balancing. The Bill of Rights prevents the tyranny of the majority from taking away the rights of a minority. When a state nibbles on Constitutional rights, who protects the minorities? The federal courts,” Benitez wrote. “The Second Amendment protects any law-abiding citizen’s right to choose to be armed to defend himself, his family, and his home. At the same time, the Second Amendment protects a citizen’s right to keep and bear arms to use should the militia be needed to fight against invaders, terrorists, and tyrants. The Second Amendment is about America’s freedom: the freedom to protect oneself, family, home, and homeland. California’s assault weapon ban disrespects that freedom.”

Mark Oliva, director of public affairs for the National Shooting Sports Foundation (NSSF) called the ruling “a rare, but refreshing note of clarity from the courts recognizing that the Second Amendment applies to commonly-owned firearms used for all lawful purposes, including hunting, recreational shooting, and self-defense.”

The case before Benitez was filed in 2019 and the plaintiffs include several private citizens, including Miller, for whom the case is named, as well as a number of 2A organizations, including the Second Amendment Foundation, the Firearms Policy Coalition (FPC), the California Gun Rights Foundation, the San Diego County Gun Owners PAC, Poway Weapons and Gear, and Gunfighter Tactical, LLC.

In his introduction, Benitez came out against the demonization of the AR-15 platform. He said the AR is similar to the Swiss Army Knife and that “the popular AR-15 rifle is a perfect combination of home defense weapon and homeland defense equipment. Good for both home and battle, the AR-15 is the kind of versatile gun that lies at the intersection of the kinds of firearms protected under District of Columbia v. Heller and United States v. Miller. Yet, the State of California makes it a crime to have an AR-15 type rifle. Therefore, this Court declares the California statutes to be unconstitutional.”

Benitez also dashed the fallacy commonly espoused in popular media that ARs have some unique quality that makes them suited for military use only, but not for any other applications.

“This case is not about extraordinary weapons lying at the outer limits of Second Amendment protection. The banned ‘assault weapons’ are not bazookas, howitzers, or machine guns,” he wrote. “Those arms are dangerous and solely useful for military purposes. Instead, the firearms deemed ‘assault weapons’ are fairly ordinary, popular, modern rifles. This is an average case about average guns used in average ways for average purposes. One is to be forgiven if one is persuaded by news media and others that the nation is awash with murderous AR-15 assault rifles. The facts, however, do not support this hyperbole, and facts matter.”

Benitez goes on to explain that the FBI’s homicide statistics show that knives are far more commonly used as murder weapons than any type of rifle on a national scale, and that in California specifically, people are killed with knives seven times more often than all rifles combined. He also says Californians are three times more likely to be killed with another person’s hands, fists, or feet than by a rifle.

“The same pattern can be observed across the nation,” he wrote.

“In his 94-page ruling, Judge Benitez has shredded California gun control laws regarding modern semi-automatic rifles,” said SAF founder and Executive Vice President Alan M. Gottlieb in a statement. “It is clear the judge did his homework on this ruling.”

“At trial, we presented dispositive evidence that the term ‘assault weapon’ has always been an arbitrary label used by anti-gun governments to ban constitutionally protected firearms,” said FPC attorney George Lee in a statement. “In the end, the State’s rationale for banning these firearms simply could not hold up.”

Where the California AWB Originated

While Benitez’s decision affects all California legislation regarding “assault weapons,” it specifically impacts the Roberti-Roos Assault Weapons Control Act of 1989 (AWCA), the state law that bans the ownership and transfer of more than 50 specific brands and models of semi-automatic firearms and classifies them as “assault weapons.” The list includes rifles, but also some shotguns, and handguns.

Many additional firearms were banned by an amendment to the AWCA that outlawed specific characteristics or features in a firearm’s design. Other 2A-restrictive states, like New York and New Jersey, have similar laws.

In 1999, the AWCA was amended to restrict magazines that can hold more than 10 rounds of ammunition. Any firearms or magazines already owned in the state were grandfathered in, provided they were registered by their owners with the state Department of Justice.

While Benitez’s decision indicates he may be in favor of magazine capacity limits, he wrote that no legal justification has ever been provided for laws that prohibit specific features on firearms, like pistol grips, telescoping stocks, and flash hiders. Anti-gun advocates often imply these features, many of which are common on ARs, make a firearm more dangerous.

“The State’s legislative information website lists several committee reports leading up to the signing of Senate Bill 23 (the AWCA) by California Governor Gray Davis on July 19, 1999. But there are no studies of criminal gun usage recounted,” he added. “There are no assault weapon experiences of other states or cities recited. There are no public hearings described.”

Legally speaking, things have changed drastically since California adopted the AWCA in 1989. The federal Assault Weapon Ban (AWB) was enacted in 1994 under President Bill Clinton and allowed to sunset after 10 years in 2004 under President George W. Bush.

Additionally, the landmark Heller (2008) and McDonald v. Chicago (2010) Supreme Court decisions had not yet established that the Second Amendment confers an individual’s right to own firearms, and that individual self-defense is the central component of the Second Amendment, respectively.

The only question the California lawmakers had to answer in 1989 was whether or not the potential criminal use of “assault rifles” outweighed their potential sporting or recreational use. The question of self-defense did not enter into it, and was not discussed at all during the legislative process, as state governments were operating under an incorrect interpretation of the Second Amendment, Benitez wrote.

“In the pre-Heller jurisprudential milieu, the pure policy choice made sense,” Benitez wrote, adding that, despite the interim developments, “California continues to restrict ‘assault weapons…’”

However, the case is far from over. It may still be some time before Californians can start buying or owning ARs, if ever. Benitez granted a 30-day stay on his ruling at the request of Attorney General Rob Bonta, which will give Bonta time to file an appeal. Once filed, that appeal will be heard by the Ninth Circuit Court of Appeals, which has historically ruled against expanding gun rights. Based on a statement issued by California Gov. Gavin Newsom on the ruling, that appeal will certainly be forthcoming.

“Today’s decision is a direct threat to public safety and the lives of innocent Californians, period,” Newsom said. “…The fact that this judge compared the AR-15—a weapon of war that’s used on the battlefield—to a Swiss Army Knife completely undermines the credibility of this decision and is a slap in the face to the families who’ve lost loved ones to this weapon. We’re not backing down from this fight, and we’ll continue pushing for common sense gun laws that will save lives.”

Oliva said the NSSF fully expects Newson and Bonta to appeal the ruling in the Ninth Circuit.

“Regardless of the result there, it will likely be petitioned before the U.S. Supreme Court,” Oliva said. “Though it is a lengthy process, it is encouraging that Judge Benitez is taking on the questions surrounding the Second Amendment with a clear Constitutional compass … We are confident that, should this case end up before the U.S. Supreme Court, the justices there will be eager to put these legislative overreaches to rest.”

For now, the folks on the plaintiffs’ side of this case are celebrating the ruling and preparing for the legal battles that remain ahead.

“In his order today, Judge Benitez held what millions of Americans already know to be true: Bans on so-called ‘assault weapons’ are unconstitutional and cannot stand,” said FPC President Brandon Combs in a statement. “This historic victory for individual liberty is just the beginning, and FPC will continue to aggressively challenge these laws throughout the United States. We look forward to continuing this challenge at the Ninth Circuit and, should it be necessary, the Supreme Court.”