Most shooters think about the break of the trigger as the last step of shooting, since it comes at the... 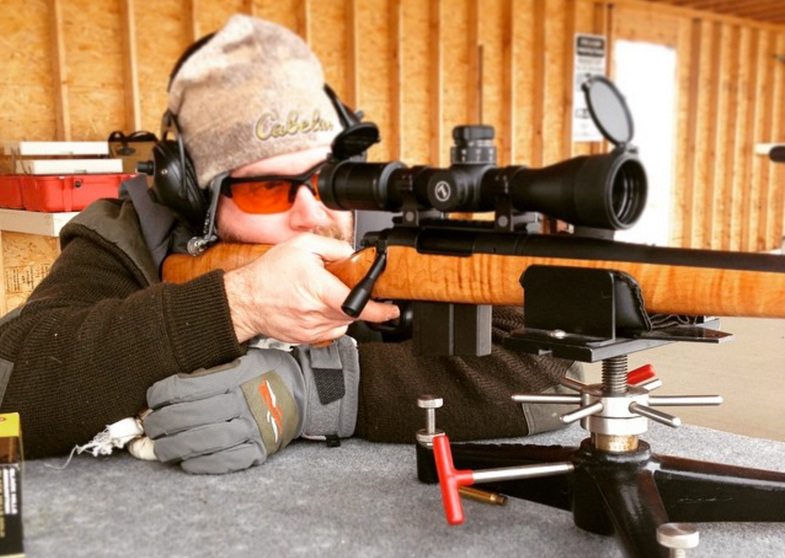 Most shooters think about the break of the trigger as the last step of shooting, since it comes at the end of all the preparation we undergo before taking a shot. The shooter has gotten into position, adjusted his scope, chambered a round, calmed his breathing, and so on.

Once the pressure has risen to a sufficient level, it forces the bullet to break free of the tension in the case neck, pushing it forward toward the bore. Then the bullet makes contact with the bore. The expanding gasses force it down the barrel, where the lands in the rifling taking hold of the jacket and impart spin to the bullet. During this whole process a tremendous amount of shock and vibration runs through the rifle. Eventually, the bullet traverses the length of the barrel and exits, at which point the wind, friction, and gravity become the biggest factors to overcome.

In practice, there are two things you can do to develop good follow-through. The first is to keep pressure on the trigger after the shot, holding it in its most rearward position in a deliberate fashion. Letting the finger bounce forward is a common mistake, but with a bit of conscious effort this is easy to correct.

The second skill is a bit tougher. You want to keep your eyes focused on the target with a laser-like intensity and try not to blink. This does a couple things.

The first benefit is that it forces you to keep your head on the stock where it belongs. Another common mistake rifle shooters (and shotgunners, for that matter)make is to lift their head from the stock to get a better look at the target. This reaction is so automatic in some shooters that it’s comical to observe. Don’t do it.

The second benefit of not blinking is that you will become more adept at calling your shots. Assuming you’re set up on the rifle correctly (so that it recoils straight back and stays aligned with the target), you will be able see hits and misses at closer ranges. (Spotting hits on targets farther away is easier since it takes longer for the bullet to get there, giving you more time to reacquire the target in your scope.)

With these two skills in place after plenty of practice, you’ll have good follow through and will ultimately shoot better.