In Arkansas, the potential loss of $18 million in Pittman-Robertson funds was averted by political brinksmanship. Here's how such laws might affect other states' funding 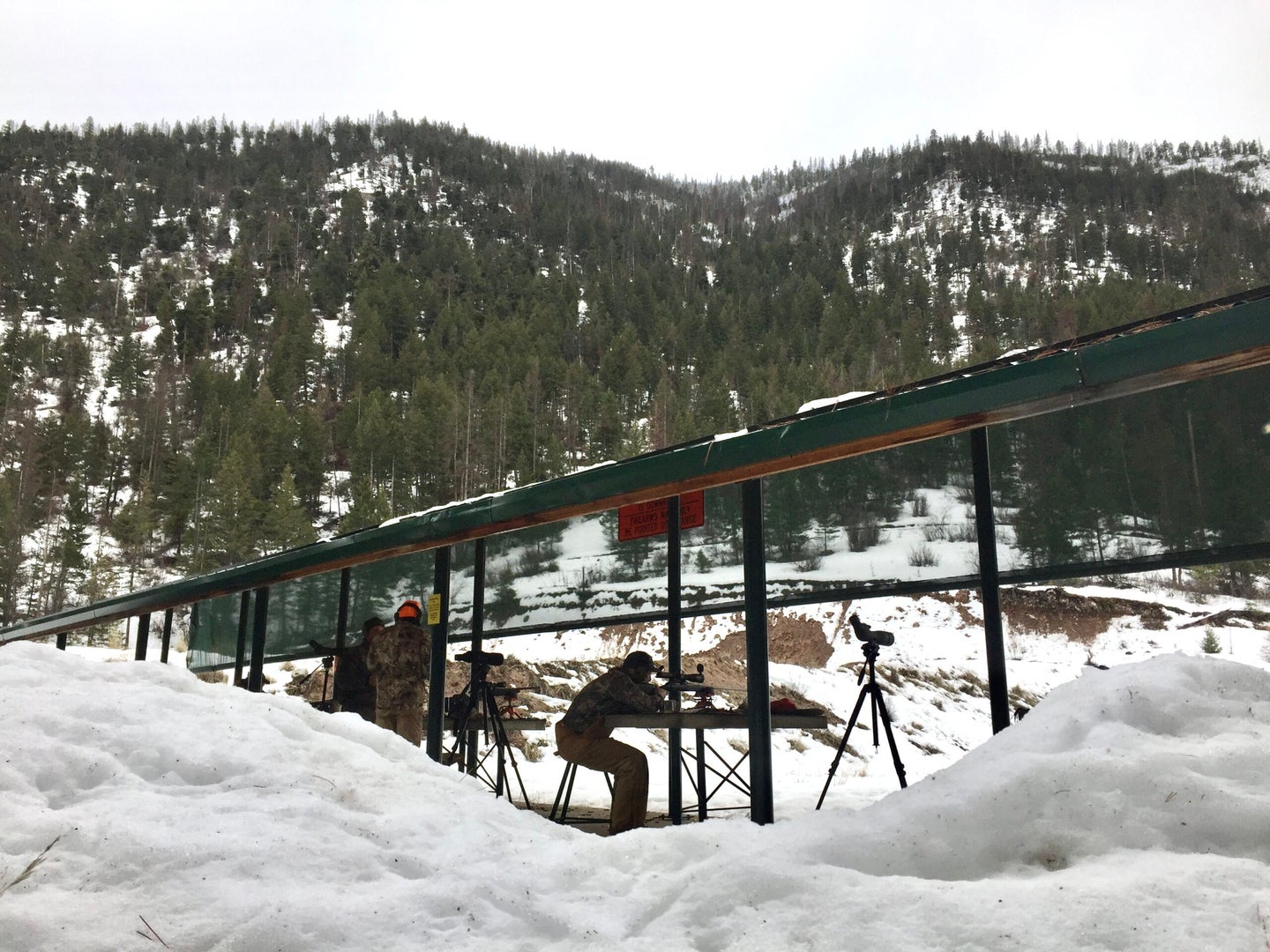 In Arkansas last month, Senate Bill 298 was steaming through the legislature, passing the Senate by a vote of 28-7 and the House by an even more impressive majority, 76-18.

The bill, with the nondescript title of the “Arkansas Sovereignty Act of 2021” was well on its way to Gov. Asa Hutchinson’s desk for near-certain signature. The subtitle of SB 298, one of a dozen nearly identical bills introduced in state legislatures around the nation this year, got a little closer to its intent: “Concerning the Right to Bear Arms in the State of Arkansas; and Concerning Other Constitutional Rights.” Proponents, including a wide range of pro-gun organizations, heralded it as an insurance policy asserting states’ rights to protect Arkansans’ firearms owners in case President Biden and congressional Democrats make good on their pledge to impose wide-ranging gun restrictions.

Among other things, the Arkansas version of the bill would nullify federal firearms regulations in the state, including the National Firearms Act and the Gun Control Act of 1968, which limits ownership of certain categories of firearms, including machine guns, short-barreled rifles, and suppressors. But the bill also intended to nullify “any tax, levy, fee, or stamp imposed on firearms, firearms accessories, or ammunition not common to all other goods and services that could have a chilling effect on the purchase or ownership of those items by law-abiding citizens.”

When he read that language, Chris Colclasure, deputy director of Arkansas Fish and Game Commission, immediately alerted his budget and legal staff. Their concern: SB 298 might disqualify Arkansas Game and Fish Commission from receiving nearly $18 million in annual distributions from the Wildlife Restoration Act fund. Better known as the Pittman-Robertson account (after the senator from Nevada and congressman from Virginia who drafted legislation that created the mechanism this distinctly American form of wildlife management, back in 1937), the funds are derived from an 11 percent tax on the manufacture of guns, ammunition, and archery products.

The P-R fund has been called the “golden goose” of wildlife restoration in America. The U.S. Department of the Interior collects the tax money—which will total well over $1 billion this year alone—from gun and ammo manufacturers. The U.S. Fish & Wildlife Service then distributes funds back to state wildlife agencies based on a formula that considers the land mass of the state and its population of licensed hunters. Pittman-Robertson funds, which are matched by state hunting-license dollars, must be used for things like wildlife management, habitat acquisition, shooting-range development, and hunter education.

In many state agencies, P-R funds account for as much as a third of the total budget, and because they are earmarked for on-the-ground work, they have played an outsized role in wildlife recovery, scientific wildlife management, and habitat improvements.

But P-R funding has certain stipulations. A state becomes ineligible to receive their future share (and can even be forced to repay past dispersals) if funds are used for non-approved uses or if states fail to pass enabling legislation that defines how the funds will be spent. Additionally, “A State becomes ineligible to receive the benefits of the act if it passes legislation contrary to the Act,” according to the Code of Federal Regulations that governs P-R distributions.

It’s that passage that alarmed Colclasure. Could Arkansas’ SB 298 be considered contrary to the P-R Act?

“The problem we considered was the way that the original bill restricted ‘any tax,’ so we reached out to the U.S. Fish & Wildlife Service for their interpretation,” says Colclasure. “It turned out that the USFWS had no idea these bills were going around, and neither did a lot of state wildlife agencies” well beyond Arkansas.

Indeed, similar bills were introduced this spring in state legislatures in Arizona, Montana, Nebraska, North Dakota, Oklahoma, and West Virginia. Called “Second Amendment sanctuary” laws because they effectively create safe havens for gun owners, states that passed their versions of SB 298 could cite it in refusing to enforce federal gun restrictions or taxes. Proponents of these sanctuary laws maintain that things like magazine restrictions, restrictions on “assault-style” guns, universal background checks for gun purchases, and red-flag laws are illegal restrictions of rights guaranteed by the Second Amendment to the U.S. Constitution.

In response to Arkansas’s request for clarification, the U.S. Fish & Wildlife Service sent the Fish and Game Commission a letter that had a different kind of chilling effect.

Concerned with the prospect of losing up to 20 percent of the agency’s annual budget, and with other provisions of SB 298 that might allow felons to own guns and complicate how state and local law enforcement agencies work with their federal counterparts, Gov. Hutchinson vetoed the bill on April 26.

What followed—the immediate and decisive override of the veto in the state’s Senate—demonstrated to lawmakers the power of the gun-rights lobby.

“I’d imagine the voters in Arkansas will look forward to seeing Sarah Huckabee Sanders in the governor’s office soon,” wrote Aaron Flint, a pro-gun commentator who referenced the former Trump press secretary who has filed to succeed term-limited Hutchinson as Arkansas’s governor.

“I was told in no uncertain terms that my vote on the override would be on their [legislative] report card” and would be used to recruit a primary challenger in the next election, said one Arkansas state senator who voted to override Hutchinson’s veto but didn’t want to be identified or to name the organizations pushing for the override. “There was a good deal of pressure to pass what a number of us thought was poorly written and unnecessary legislation.”

Through the committee process, however, Montana’s bill had been amended to become effective on Jan. 1, 2021, which meant that it was a forward-looking bill. In comparison, Arkansas’s bill did not have an effective date, which meant that it might be applied retroactively, jeopardizing P-R funding not only in this fiscal year, but potentially requiring Arkansas to repay tens of millions in federal wildlife funds from prior years.

Montana’s model provided just enough relief that Arkansas lawmakers reached a compromise, detailed in House Bill 1957, which replaced SB 298 and was rushed through both houses of the legislature in just a few days—members voted in the wee hours of April 28—and signed by Hutchinson on April 29. Included in HB 1957: an effective date of Jan. 1, 2021.

The Rise of Sanctuary Laws

The entire category of sanctuary laws is a fairly recent development, and is blurring the line between states’ rights and presidential and congressional action. The tension dates from the Federalist Papers and the drafting of the U.S. Constitution, which includes what’s called the “Supremacy Clause.”

The notion of creating local or state-specific “sanctuaries” where federal laws aren’t enforceable didn’t start with Second Amendment protections. They actually started with immigration, and were promoted by liberal mayors of cities who wanted to protect undocumented immigrants from federal immigration laws during the Trump administration. Interestingly, many of the same politicians who are now voting to resist federal taxation authority on guns argued the opposite side of the federal funding question in the context of immigration sanctuary. Many Trump loyalists supported the administration’s decision to withhold federal funding to jurisdictions that created legal safe havens for undocumented immigrants.

But what about when the federal law constrains a constitutional right, as in the case with gun regulations? It isn’t exactly clear. But Kelly Lynch, the deputy director of the Montana League of Cities and Towns, testified in opposition to Montana’s gun-sanctuary bill, noting that because gun are commonly manufactured in states other than where they are purchased, issues of interstate commerce are at stake. And, she said, the Constitution is clear that in matters of interstate commerce, the federal government has authority.

Ultimately, Lynch testified, these sanctuary laws might be found unconstitutional and will “only lead to confusion and division between local and federal law enforcement” as jurisdictions try to figure out who has authority.

This brings us back to the matter that first caught Colclasure’s eye: Are P-R funds affected by these state primacy laws?

“It’s important to note that I don’t think for a minute that the crafters of the [Arkansas] legislation intended to put federal funding in jeopardy,” says Colclasure. “It’s entirely an unintentional consequence. Most members hunt and shoot and are friendly to conservation issues. The ironic thing about this is that P-R money is used to build shooting ranges and promote shooting and hunter education. These funds provide places where people can shoot and hunt. So this [excise] tax and our promotion of guns and shooting are related and compatible.”

Some members of the firearms industry think the USFWS is off-base to worry that Second Amendment sanctuary laws impact Pittman-Robertson funding.

“It’s our interpretation that federal firearms excise taxes are considered ‘manufacturers’ taxes’ and not ‘individual taxes,’” says Mark Oliva, director of public affairs for the National Shooting Sports Foundation, an organization that represents gun and ammunition manufacturers. “Because the excise tax is levied on manufacturers at the point of production and not at the consumer or individual level, these state laws don’t have a bearing on either its collection or its enforcement and therefore cannot encumber P-R funding.”

But the NSSF is uneasy about interpretations that might prevent P-R funds from reaching state wildlife agencies.

“We think the USFWS’s response is a bit of a tempest in a teapot, but we are tracking the issue,” says Oliva, “and if there is problematic language, we’re asking [state] legislators to reconsider that language or strip it out. We want to protect the P-R dollars that have done remarkable work with wildlife restoration in the past and which are coming in in record numbers now.”

“It’s a reaction from the states because they see that there’s federal overreach when it comes to guns,” says Oliva. “There is deep and serious concern about what is being discussed when it comes to background checks and reinstating a ban on modern sporting rifles, the most popular centerfire rifle in the U.S. today. States are looking at the rhetoric coming out of D.C. and looking for ways to protect their citizens.”

But Nick Gevock, conservation director for the Montana Wildlife Federation, thinks state lawmakers are stressing the structural integrity of the Pittman-Robertson funding model.

“The P-R act is one of the most successful government programs in our nation’s history,” says Gevock. “Very few laws have endured over eight decades and barely been tinkered with and have had the results that this program has. As a lifelong hunter, I’m happy to pay that tax, because I know where it’s going and that it works.”

Gevock looks at Second Amendment sanctuary laws as a sort of purity test for conservatives, and he worries that lawmakers are risking wildlife funding to protect their political careers.

“I realize that in many states, these are simply resolutions,” says Gevock. “But it’s a resolution resisting all taxation of firearms. You can’t say all taxation is wrong, and then pick and choose which ones you want to enforce. That’s like saying the Equal Protection Clause [of the Constitution’s 14th Amendment] is only applicable to certain types of people. We should be very careful about doing anything that might jeopardize our wildlife funding mechanism.”