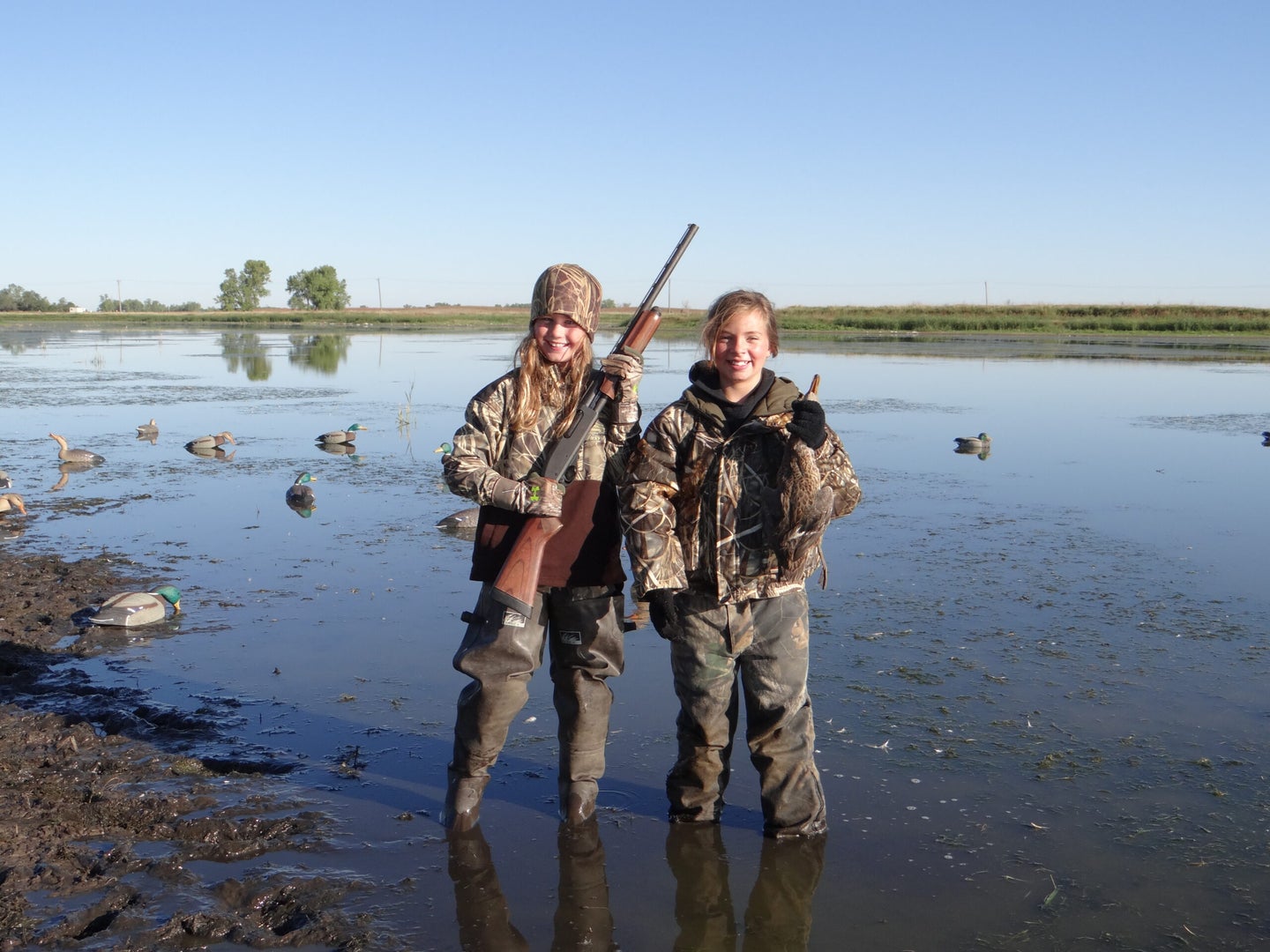 We’re more than 10 months into the largest civilian firearms and ammunition buying surge in American history. More than 8 million people bought a firearm for the first time last year and ammunition from .22LR to .300 Win. Mag. is sold out at stores across the country and backordered for months. When the surge will end is uncertain, but here’s one thing that’s absolute: This will all lead to a boom in conservation and wildlife funding in 2021, and beyond.

And this is probably the greatest untold story of the great gun-buying year of 2020. For every sporting arm and box of ammunition sold, there’s an 11 percent excise tax applied that funds wildlife and habitat conservation initiatives (the tax is also applied to archery equipment). There’s a similar 10 percent excise tax on all handgun sales. Those excise tax dollars are distributed to states specifically for conservation work, hunter education and recruitment, shooting ranges, and wildlife research. In short, the more guns and ammo that get sold, the more available money there will be for conservation work.

This is all thanks to the decades-old Federal Aid in Wildlife Restoration Act, or as it’s better know, the Pittman-Robertson Act, which very well might be entering its glory days. With state governments rattled by budget shortfalls due to COVID-19 and colleges across the country slashing budgets, an injection of cash dedicated to habitat conservation and wildlife research could be more critical than ever. Plus, all those millions of new gun owners are going to need places to shoot and state agencies are trying to capitalize on a renewed interest in hunting to sell more hunting licenses. Pittman-Robertson funding will help with all of that, especially if Americans continue to buy more guns and ammo.

Back in 1937, Democrats Key Pittman and Absalom Willis Robertson wrote a bill that diverted an existing 11 percent excise tax on firearms to the Secretary of the Interior to be distributed to individual states. At the time, those tax dollars had been going to the Treasury. America’s wildlife was struggling to rebound from the population crashes of the late 1800s that came from market hunting and habitat devastation. Legendary conservationist Aldo Leopold had just published his landmark textbook, “Game Management,” and Americans were beginning to understand the nuances of actively managing habitat and wildlife.

By 1939, the Pittman-Robertson Act had generated $890,000 in Wildlife Restoration apportionment. I wonder if old Key and Absalom had any idea how their legislation would grow to become a cornerstone of American conservation.

In the last decade, gun sales in America have skyrocketed. There were approximately 144 million firearms background checks conducted by the FBI (the closest measurement we have for tracking potential firearm sales) in the last 10 years, according to National Shooting Sports Foundation data. That’s a 79 percent increase from the previous decade (approximately 80 million background checks, according to the NSSF). November 2020 marked an all-time high in firearm background checks at 1,949,141, only to be surpassed by the 2,052,130 checks in January 2021, according to NSSF data. (The NSSF excludes counts of concealed-carry permit checks and rechecks that are included in the FBI data, to provide a more accurate picture of potential firearm sales.)

Ammo sales are harder to track, but the shortages in 2013 and last year prove that consumers are buying up more ammunition than manufacturers can produce.

That surge in buying has created a surge in Pittman-Robertson funding. Since 1939, the act has generated a total of $12.8 billion in Wildlife Restoration apportionment. About half of that funding ($6.4 billion) has come in the last 10 years. In other words, American shooters and hunters have generated as many P-R dollars in the last 10 years of gun and ammo buying as they have in the previous 72 years (when not adjusting for inflation).

Technically, manufacturers pay the excise tax. But broadly speaking, the tax is factored into the cost of products, which are ultimately paid for by the consumer. P-R funds are distributed to the states through a formula that factors in a state’s population, geographic size, and the number of licensed hunters. States must match the incoming wildlife restoration money with $1 for every $3 they receive in federal aid. That state money usually comes from license revenues, but it can also come from a state’s general fund, universities conducting wildlife research, or even non-profit groups. So while the recent surge in gun and ammo buying has been mostly spurred by shooters and gun owners concerned with personal defense, states need healthy hunter numbers in order to actually receive the available P-R dollars. And many states across the country saw an increase in hunting license sales last year due to COVID-19.

Why P-R Conservation Funding Matters More Than Ever

Here’s why P-R dollars are extra important now: COVID-19 has crushed many state government and university budgets. (You can read about state budget cuts here and the slashing of college budgets here.)

In a budget crisis, legislators will often try to siphon money from wherever they can, including state wildlife agencies’ hunting and fishing license revenues, to make up for shortfalls. In other words, politicians will attempt to take money raised from hunting and fishing licenses—money that is intended to go back to the wildlife agency and the habitat—and put that money into the general fund where it could be used to pay for anything from road construction to correctional facilities. This happened in Illinois in 2009 under the now-infamous governor Rob Blagojevich. But because states must match their federal aid with $1 for every $3 received, states are incentivized not to divert their game agency license dollars in order to balance budgets deficits.

“The thing I would be concerned about this year is that a state government will look at their game agency and see that they’re flush with money, and they’ll try to raid that,” says conservation consultant Ryan Bronson. “But if states do that, they’ll lose federal aid money and actually have to pay it back. P-R dollars are a carrot and a stick, because the feds can actually go and claw back the money they’ve given states in the past [if states divert hunting license dollars]. The P-R Act protects those dollars better than almost anything else. You can raid almost anything in an emergency, but you can’t with game and fish dollars.”

If there’s any one person who best represents the confluence of P-R funding, it might be Bronson. He served as an administrator for the Minnesota House environment committee, he was a hunter recruitment coordinator for the Minnesota DNR (a position that was partly funded by P-R dollars), and is the former director of conservation and public policy at Vista Outdoor (the parent company of Federal Premium Ammunition).

According to Bronson, many people don’t understand how P-R dollars are able to protect habitat in the long-term. For example, if a state wanted to sell off one of its wildlife areas—which was paid for in-part with P-R dollars—that would be considered a diversion of federal aid, and the state would have to pay back those P-R dollars to the federal government.

“Almost any public lands you walk on, particularly east of the Mississippi, probably were paid for in part with P-R dollars,” Bronson says. “It actually helps protect wildlife areas from future development. It creates a level of permanence that doesn’t exist in other [funding structures].”

“We couldn’t do all the work we do without it, just very simply,” says John Silovsky, the wildlife division director for Texas Parks and Wildlife Department. Texas has received more P-R federal aid than any other state ($594 million) because of it’s size and more than one million licensed hunters. Those dollars have gone to a wide variety of projects.

“We’re talking mostly habitat management on public lands, public access, hunting and wildlife viewing opportunities,” Silovsky says. “But also specific species management like alligators, whitetail deer, bighorn sheep, quail, doves, javelina—the list is quite extensive. When it comes to making a difference on the landscape, Texas being a public-land state, we can translate some of that federal aid into technical guidance that we provide to landowners, and technical guidance that we provide to urban constituencies. More people live in urban areas than in the country these days, and they may be more interested in wildlife viewing than they are in the traditional hook-and-bullet pursuits that we’ve always been tuned in to. There may be a whole lot of people who may not buy a hunting license, but they come out to these public-land properties and benefit from expenditures by sportsmen and women.”

“We call it a pass-through program,” Silovsky says. “We tell the universities what research interests us, then [universities] develop proposals, and we pass through federal aid to them to do the research.”

For example, Texas is currently working with universities to develop better methods for counting turkeys on the landscape, which could be used to adjust hunting seasons or improve habitat management. But there are many other P-R-funded projects on everything from bighorn sheep disease to quail restoration.

There are about 320 employees within the wildlife division in Texas, and most of them will be working on some type of federally-funded project, Silovsky says.

“So yeah, we very closely monitor what’s going on with the federal excise tax.”

Riding the Wave of Gun and Ammo Sales

The spikes in gun and ammo buying (and subsequent P-R funding) occurs predictably and cyclically around presidential elections. This happens when gun owners and Second Amendment advocates worry that an incoming Democratic president will enact stricter regulations on firearm buying, or order a ban on certain types of firearms. That sentiment was highlighted in our fall election coverage.

“What’s at stake in this election? Nothing short of the Second Amendment,” Larry Keane, senior vice president and general counsel for the National Shooting Sports Foundation, told us back in October. “Vice President Biden and Senator Harris have been clear—along with Senator Schumer—that they will ban modern sporting rifles, ban standard-size magazines, they’ll confiscate lawfully-purchased firearms, pursue gun registration, and they’ll pass universal background checks. We’re very concerned. We think this is the most important election for sportsmen in our lives.”

But in 2020, the extreme growth in the firearms sales transcended party lines. Concern over an uncertain future created new gun owners outside of the stereotypical demographic: white, middle-aged, conservative males. This was such a trend that New York Magazine and The New York Times both ran feature stories about how more liberals, women, and people of color are becoming first-time gunowners.

Whether these new gun owners know it or not, they’re all contributing money to conservation by boosting firearms and ammo sales. When combined with the increase in hunting license sales, we’re at a critical moment in conservation funding.

“It’s like you’ve got two waves that are meeting, and we’re going to get a super wave next year,” Bronson says. “You’ve got these big P-R dollars coming and you’re going to have these big pots of money from hunting and fishing license sales increases. For awhile these agencies might feel pretty flush with cash and might be able to do some cool things in the next couple years. But it’s all cyclical.”