Video: Florida Thief Stuffs a Ravin Crossbow into His Pants, Walks Out of Hardware Store 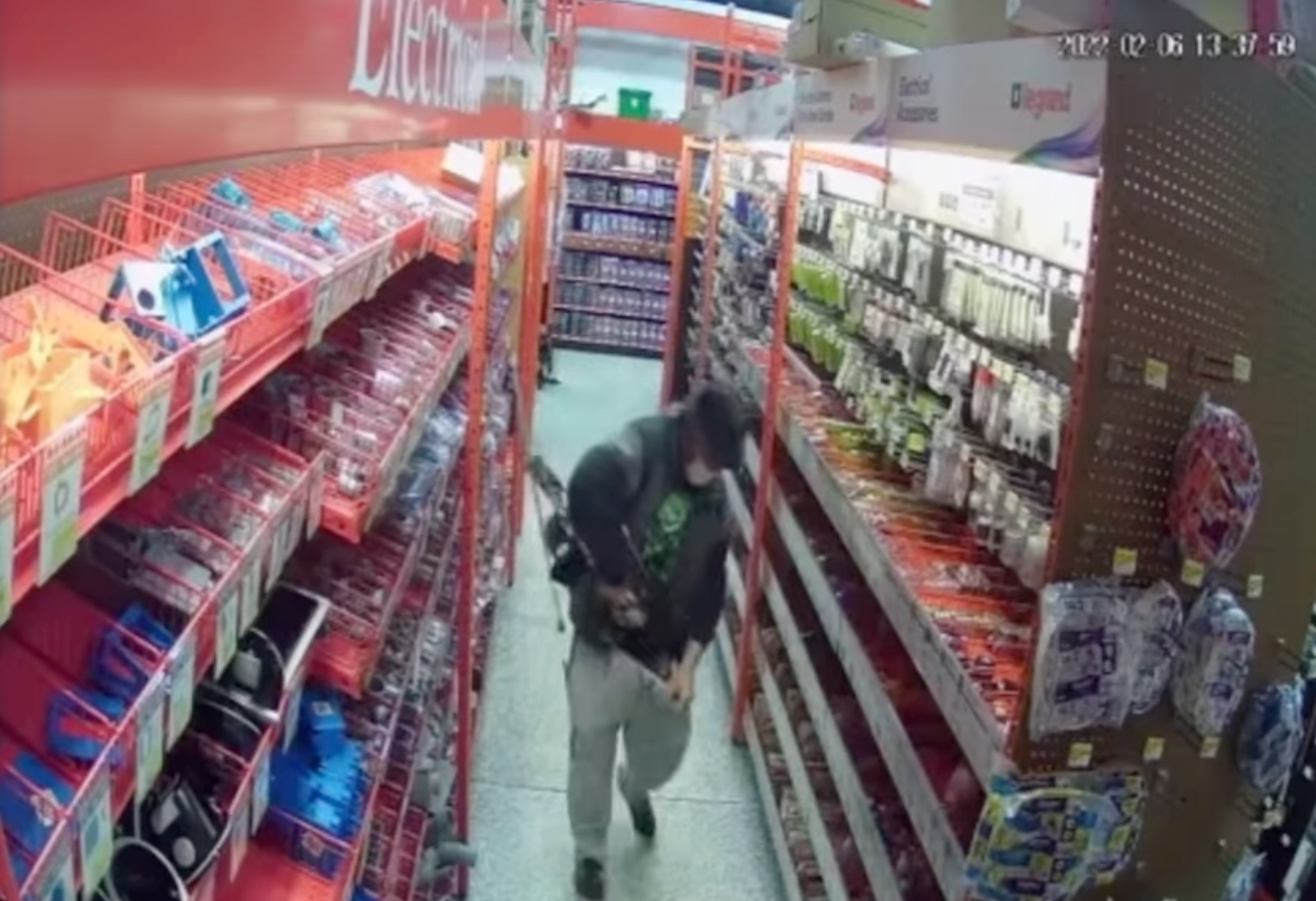 When Darren Durrant walked out of a True Value hardware store in Mims, Florida, earlier this month, he had a crossbow stuffed down the front of his sweatpants. Somehow, he was able to exit the store without anyone noticing, but employees later discovered two crossbows were missing from their inventory. When they reviewed footage from the security camera near the electrical aisle, they witnessed the smooth criminal in action.

In one surveillance clip, “a male subject is observed walking into the store, stealing a pair of cutting tools off the shelf, and then cutting the zip ties off of a Ravin Rio [sic] Crossbow,” according to Brevard County Sheriff Wayne Ivey in a Facebook post. The bow is likely a Ravin R10, which retails for $1,350. Another camera recorded the man walking into the aisle in a second surveillance clip. The footage (above), which was dated Feb. 6 and shared to Facebook on Feb. 22, shows the male suspect enter the aisle carrying a Ravin crossbow in one hand and a crutch in the other. The man then proceeds to casually stuff the crossbow down the front of his sweatpants, grab his crutch, and hobble out of the aisle. Miraculously, he wasn’t caught on the way out.

The suspect was later identified as Durrant, and thanks to the excellent video footage that was captured in the store, Deputy Michael Lindo of the Brevard County Sheriff’s Office was able to obtain an arrest warrant immediately. Lindo caught up with Durrant two days later in a Walgreens parking lot located near the True Value hardware store. Durrant initially tried to run from the deputy, according to the Sheriff’s Office, but he didn’t make it far before he was handcuffed and arrested for felony petit theft.

Read Next: The 41-Year-Old Montana Man Who Poached This Trophy Moose Received a Lifetime Hunting Ban

Durrant, who has two prior felony theft convictions, is currently in the Seminole County Jail, where he is facing an unrelated burglary charge. He will face the felony charge for the stolen crossbows in Brevard County after that.

“Just when you think you’ve seen it all,” Brevard County Sheriff Wayne Ivey commented on Facebook. “This guy takes carrying a concealed weapon to a whole new level.”