Why Are New Hunting Trucks So Expensive?

Over the last two decades, truck prices have doubled in some cases making it much more unrealistic for the average consumer to buy new. Here's why prices are rising 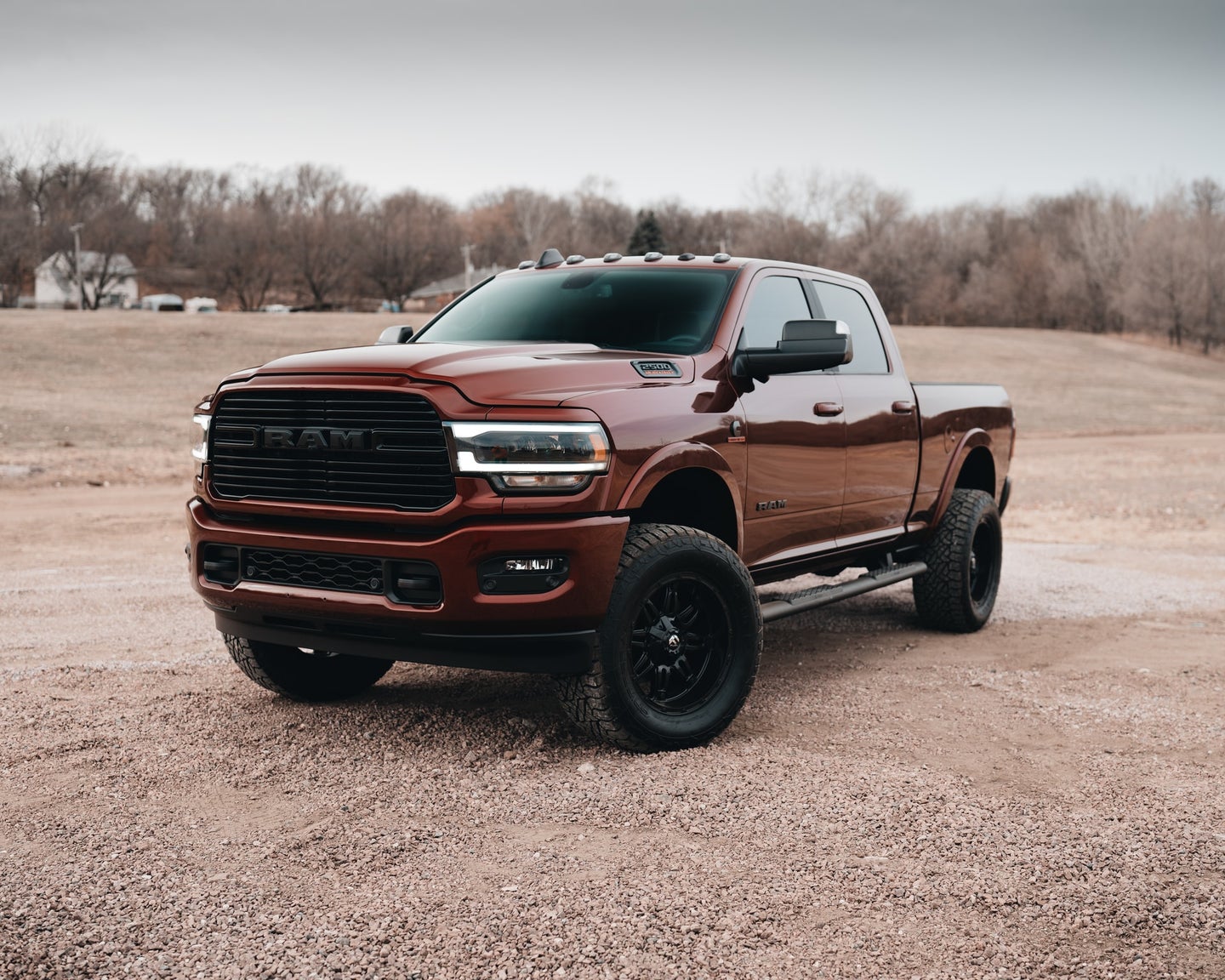 New truck costs are on the rise for a myriad of reasons. Brock Wegner / Upsplash
SHARE

I have been reviewing trucks for years. During the last two decades the cost of a new pickup has skyrocketed. It’s gotten to a point where the average car buyer can’t afford a new truck (J.D. Power reported the average cost of a new pickup in 2019 was more than $51,000). Modest full-size pickups often ring up around that price, but more capable and luxurious trucks can hit $60,000, $70,000, or even more. According to Cars.com, a base model 2000 Silverado (two-wheel drive, single cab, and no extras) earned an MSRP of $15,655. Select a comparable 2022 truck on Chevrolet’s website, and the lowest MSRP you’ll find is $30,400, a 94 percent price increase before shipping and dealer fees. Comparisons of similar full-sized trucks from Dodge, Ford, and GMC reveal similar results.

So, what’s changed in the past 20 years to cause truck prices to rise so drastically? Plenty of media outlets have reported on the issue, each offering their own conclusion on how expensive the problem has become and what is causing it. But most of those stories fail to explain in detail the reasons for these price hikes.

Inflation Has Caused Prices to Spike

Our government has contributed to the rise of sticker prices over the past two decades. There has been an increase in automotive safety and emissions requirements. Inflation is also to blame, but not as much as you might think.

You have to adjust for inflation when you consider that base 2000 Silverado 1500 with a $15,655 MSRP. Sure, it doesn’t sound like much now, but back in 2000 that was the equivalent of $25,600 in today’s dollars. Compared to today’s $30,400 MSRP of an equivalent 2022 Silverado, that’s only a $4,800 price increase in 22 years—a minor bump considering all the new technology and safety features built into modern pickups. The data on the Ford F-150 and Ram 1500 returned comparable results. (The Toyota Tundra debuted in 2000, but Toyota no longer offers a single cab Tundra.)

Prices Are Up, But Overall Value Is Stagnant

You might expect that higher trim levels of these trucks are worth more in resale value than the base models, but that’s not exactly true. Let’s use Chevrolet’s former top-of-the-line option, the LT, and Ford’s Lariat as examples. Based on a two-wheel-drive, extended cab configuration without any extra features, the Silverado 1500 LT has actually dropped in value while an equivalent F-150 Lariat has increased. Based on data from Cars.com, a 2000 Silverado LT would cost around $46,000 today, whereas an equivalent 2022 LT boasts an MSRP of only $41,300. That’s a $4,700 value decrease (in 2022 dollars).

Using relevant data from Cars.com, Ford’s 2000 Lariat had a 2022-equivalent MSRP of around $42,300. Compare that to $48,140 for a new 2022 Lariat, a value increase of $5,840. Average that out, and trucks with nicer trims have only increased in value by about $1,200, a much smaller value disparity than the base pickups. This means that while the average new truck price has roughly doubled in the last two decades, their actual value has only seen a limited increase.

New automotive technologies definitely contribute to the rising prices of vehicles. Auto manufacturers have had to improve safety, fuel economy, and emissions in the last two decades, which means investing heavily in research and development. Creature comforts have also become more important to consumers. Items like in-cab touch screens, seat warmers (and coolers), electronic full-length sunroofs, and backup cameras all increase the cost of building a truck.

When these new technologies first enter the marketplace, they usually result in high price tags, sometimes dramatically so. But these spikes often settle over time, such as with General Motors’ short-lived Quadrasteer four-wheel steering system for full-size trucks and SUVs. First introduced in 2002, the system cost buyers $5,600 ($8,750 in 2022 dollars). By the end of its run in 2005, it was only a $1,000 add-on, or not quite $1,500 in 2022.

While Quadrasteer’s price drop and subsequent disappearance likely owes a lot to the market’s lack of interest at the time of its introduction, such price drops are common—although they’re usually less dramatic and take place over a longer period of time. This is especially true with industry-wide technologies designed to comply with federal safety and fuel economy requirements, such as crumple zones and cylinder deactivation.

Where technology really drives up truck prices is in the high-end trims. While base and mid-level trims on today’s trucks are largely equivalent to their older brothers, such as Chevy’s LT and Ford’s Lariat, offerings like GMC’s AT4, Toyota’s TRD Pro, and Ram’s Rebel didn’t exist a decade ago. The number of technological goodies crammed inside each truck is impressive, but also expensive. All this stuff—souped up (yet more efficient) engines, custom suspensions, and tires—costs extra.

Stress in the Marketplace

Edmunds reports that the average sticker price on a new vehicle in January 2020 (pre-pandemic) was $2,648 below MSRP; whereas in January 2022, the median sticker registered $728 above the MSRP. This roughly translates to a $3,400 price jump in just two years, much of which can be attributed to the COVID shutdown, which induced market stressors and led to significant parts shortages and dramatic supply chain delays.

According to TechRepublic, automakers axed a massive number of raw material orders in 2020 due to COVID-19, temporarily severing its supply of semiconductors and forcing its suppliers to look for business elsewhere, such as with Amazon, Apple, Samsung, and Microsoft. Despite rebooting production after only a short shutdown, most automakers are finding themselves at the back of the line for new semiconductors, and thanks to inefficient supply chain models, the wait for new automotive electronics has been drawn out even longer. This has forced manufacturers to indirectly raise prices to slow consumer demand for new vehicles and ease pressure on their plants and suppliers. This ensures that there are enough new cars, trucks, and SUVs to go around until the industry can catch up with demand.

Currently, there are six major truck makers in the market, each trying to gain a decisive edge over the others. According to the National Automobile Dealers Association, there are also more than 16,500 new car dealerships in America, each fighting its own market battle. Before shipping finished cars and trucks to dealerships, auto manufacturers generate an MSRP that will, on average, return a profit somewhere in the ballpark of six to eight percent of that MSRP. Likewise, dealerships create a profit-generating sticker price on new vehicles, although the final profit usually comes in at two to three percent of the vehicle’s invoice price (the amount the dealer paid the manufacturer). Both manufacturers and dealers use these profits to help cover business expenses, such as labor and R&D or franchise fees and loan payments, but these expenses cut into their net profits or “take-home pay.” While most manufacturers generally enjoy a decent net profit in all but the slowest or most competitive markets, dealerships almost always take a loss on every vehicle they sell, forcing them to rely on other income streams to stay afloat, like financing and insurance add-ons. All this combined with the American consumer’s hyperawareness of price increases make price gouging rather dangerous.

Still, automakers have begun collecting more cash per vehicle sold, but according to Auto Trader, they have done so without noticeably increasing MSRPs. Typically, manufacturers sell new vehicles to dealerships at a discount, but recently, automakers have shrunk these incentives, resulting in higher invoice prices for dealerships. Since buyers can spot price increases a mile away, dealers hate raising sticker prices due to the increased risk of losing business. But failing to do so in today’s market likely will lead to bankruptcy. This puts dealerships in a tight spot because they must increase their sticker prices to survive, making them look even more greedy rather than the survivalists they typically are. That said, there are reports of dealers taking advantage of the current market and adding outrageous markups to their invoice prices. So pay attention.

New Truck Costs Are Eating Up More of Your Income

Despite numbers that show a modest increase in prices (that includes a load more tech and safety safety features), the reality is that buying a new truck today still hits consumers pockets more than it did 20 years ago. While inflation has ballooned truck prices, household incomes have not kept pace. An entry-level Silverado retailed for $15,655 in 2000, about 40 percent of the median household income of $40,551 at the time. Today, the same truck’s MSRP is $30,400 which comes out to about 45 percent of the 2021 median household income of $67,463. After factoring in dealership costs and the pandemic’s financial impact into the final price, that jumps to 50 percent. And that’s just for a regular cab; for a crew cab truck, that mark jumps to almost 60 percent. Throw in features like four-wheel drive, a towing package, and a high-end trim line, and you could easily drop an entire year’s income on a new truck.

Read Next: The Best Used Trucks for Hunters

Right Now Is a Bad Time to Buy

Inflation, relative wage decreases, disappearing incentives, new technology, and COVID-related market stressors have conspired against consumers in both the new and used car markets by reducing the number of available cars. Pandemic-related issues have dramatically shrunk the number of available cars on lots across the country, temporarily driving prices up by an average of $3,400.

Due to the shortage of new vehicles entering the market over the last two years, supply for any vehicle type is relatively low which has driven all car prices up. The more buyers stay out of the market and the longer they do so, the more time automakers will have to shorten their lead times and make up for the automotive shortage faster. This will likely result in prices returning to pre-pandemic levels. The jury is out on when exactly this will happen, but most of the manufacturers I talk to think it will happen in the next three years. So, if you can hold on that long and keep your old truck running, I’d suggest you do so. It could save you thousands of dollars.