Why Roosting Turkeys Is a Total Waste of Time

I've had very little success actually killing a turkey I roosted the night before. So why bother? 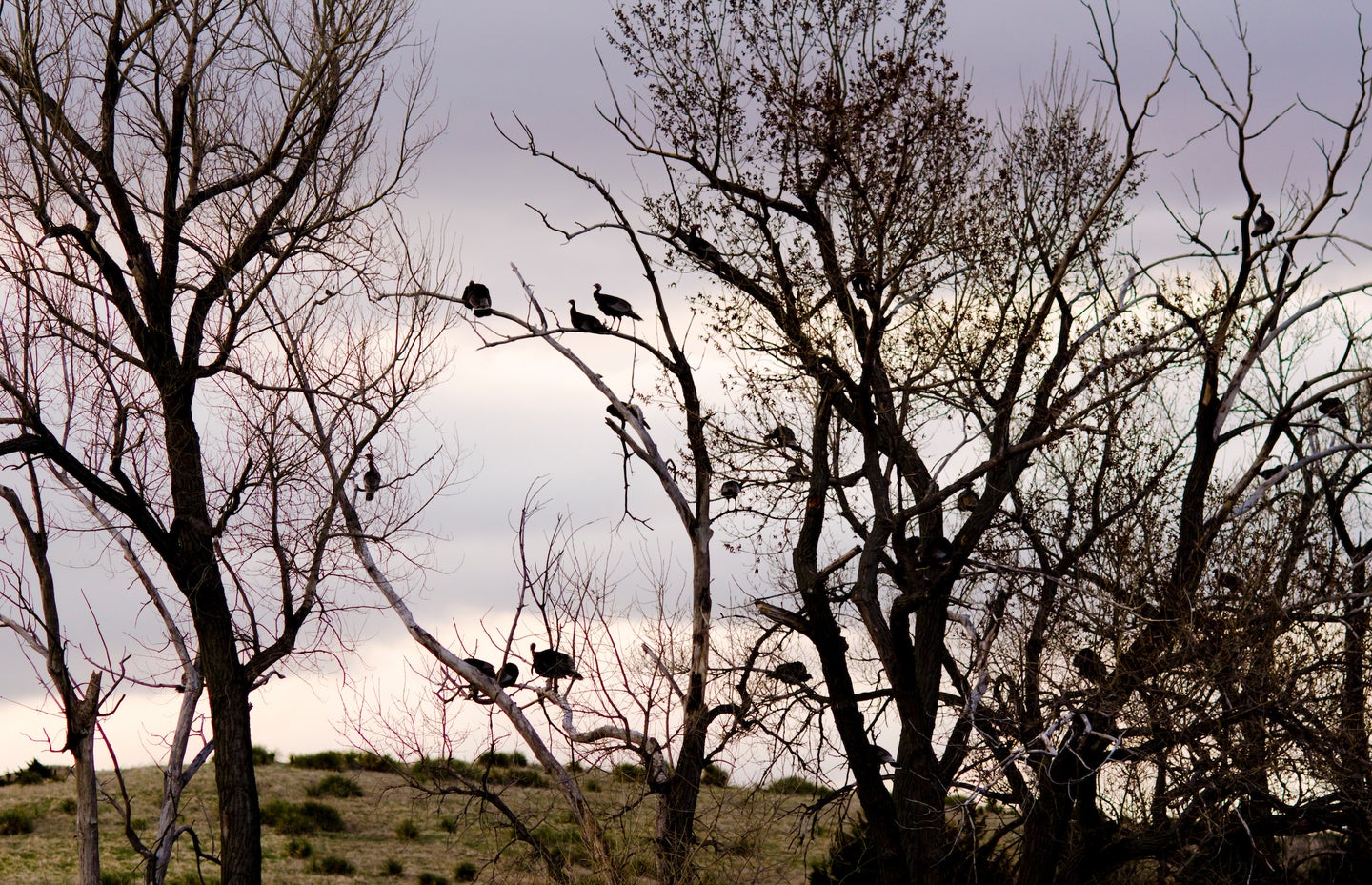 My first turkey season was in 1984—a generation ago. It was also the last time that I roosted a gobbler the evening prior to a hunt and successfully called that particular bird to the gun. Well, to be 100 percent truthful, it was turkey hunting legend Ray Eye who called that tom to my gun, but that’s besides the point.

Truth of the matter is that roosting gobblers with the intent of shooting them shortly after they fly down just doesn’t seem to be the tried-and-true hunting tactic that it once was. The “why” of that equation is anyone’s guess, but here’s why I’m basically done roosting turkeys—and why I’m not sorry in the least.

1. Toms Just Don’t Seem to Gobble Much in the Evening Anymore

Years ago, our motley crew of turkey-hunting fanatics would dutifully scatter to the hillsides an hour or so prior to sunset to locate birds for the next day’s hunt. We’d return to camp after dark, eat a quick dinner, and discuss the tally of birds that we’d heard. There would typically be a dozen or so roosted turkeys to work with, but that’s not the case any longer.

“I personally believe that they do not gobble in the evenings as they used to,” says fellow New England hunter Bill Bailey. “If a tom has his hens with him at fly up, he doesn’t need to be gobbling his fool head off to attract more. Also, I think a contributing factor is predators. We have many of them and I think toms are less vocal as a result. They don’t want to give up their location to various predators.

“Some of them do and some don’t,” says turkey hunting pro Ernie Calandrelli. “They for sure do not gobble on roost in evening like they did 40 years ago. I think timing of season has lots to do with it. If they are really hot for a hen they will gobble good. If they are content, they just gobble because it is near the right time of year. If things are not right—low pressure or whatever—you can normally feel it yourself and they may not gobble. All in all, I sure don’t hear them like I use to.”

2. Hunting Pressure Has Shut the Birds Down

Hunters have always given turkeys far more credit for their brains than they deserve. Although many hunters completely believe that hunting pressure  and poor calling are making turkeys ultra-wary, I’m dubious.

“A turkey is a turkey and just doing his turkey thing on a daily basis,” says Eye. “Look, you want to always avoid spooking birds, but they definitely don’t have the ability to reason. Good calling is ultra-important, but I’ve for sure have heard bad-sounding hens attract gobblers. Does hunting pressure and bad calling make birds less likely to sound off on the roost in the evening? Probably not. They just likely have hens with them.”

3. There Are Too Many Hens

It bears to keep in mind that the reason turkeys gobble in the first place is to attract hens, and on that count, much has changed since the glory days of turkey hunting 15 or 20 years ago.

With fewer birds in the woods back then, gobblers had to compete far harder in order to attract hens. Although turkey populations are on the decline in some parts of the country, there are still many more birds across the range than there were in the late-1980s through the early 2000s. When multiple hens walk under a gobbler’s roost tree, there is no impetus for him to gobble–a bird in the hand so to speak

4. We All Need More Sleep During Turkey Season

Outdoor writer John Phillips once said it best: “The two best days of turkey hunting season are the first and last. The first because you just can’t wait for the season to open. The last because your body just can’t take waking up at 3 in the morning for another day.”

It is absolutely no joke: the older you get, the more critical proper rest during turkey season becomes.

I fondly recall my evenings roosting turkeys, when I was more than capable of going all season with just a quick midday nap. I also recollect my first wake-up call. Hunting buddy James Hall arrived at camp with a small case of energy drinks in tow.

“These are the keys to the kingdom, bro,” he said. “It’s the only way to deal with this nonsense.”

Hall may have been exaggerating, but he wasn’t wrong, either. Forget roosting turkeys and get to bed early. I bet you’re going to hunt the same places the next morning regardless.