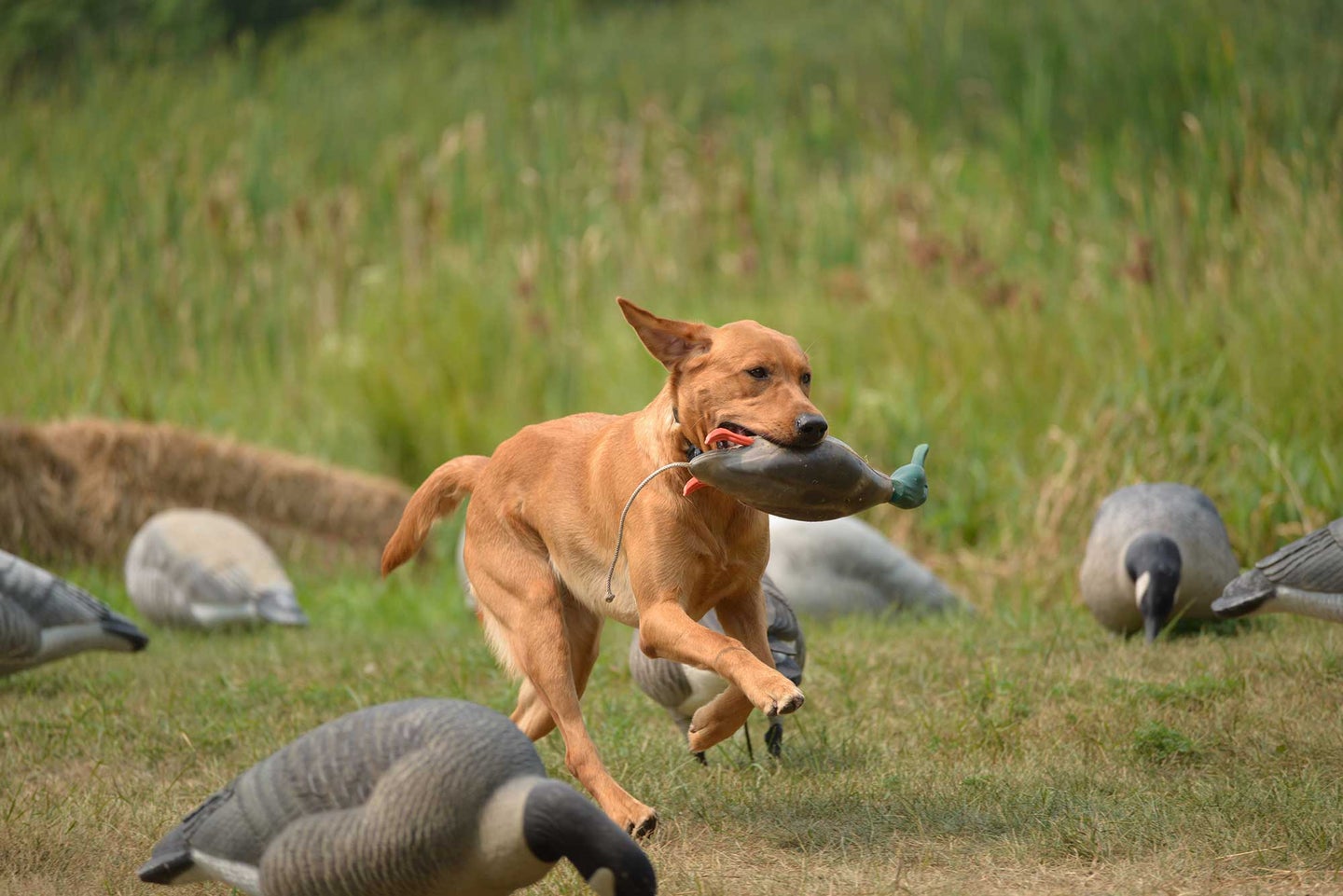 Think about how much time you have to dedicate to training before buying a pup. Tony J. Peterson
SHARE

Too often we choose hunting dogs based on preconceived notions of what we have seen a particular breed accomplish in the marsh or uplands. Rarely do we question our own individual training ability and commitment to the long game of developing our gun dogs into better hunters. That’s a shame, because while it’s important to match up a breed to the role it will have in the field, ignoring temperament, personality, and biddability in dog selection is a recipe for disaster. This holds true for all hunting dogs, but is absolutely crucial for any new dog owner, or anyone hell-bent on taking the contrarian route in dog ownership.

Human nature dictates that a certain percentage of us will not do what’s most popular. This seems to be particularly true for gun dog owners. Many of us get obsessed with buying a certain dog and forget, or don’t consider, the skill it takes to train a pup into a finished retriever, pointer or flusher. The fact is, you need to consider how knowledgeable you are before getting too caught up in the breed you want to buy. Novice trainers need easy-handling dogs, like Labs or German shorthair pointers. These two breeds are historically less temperamental than most and want to please their owners. Some breeds enjoy “going into business for themselves” as the great trainer and writer Jim Spencer used to say. And those dogs should be avoided by newbies.

I get you might not want the same dog that all of your buddies have, but there are countless reasons why a Lab is a great choice for amateur trainers, namely, they are easy to work with. This is also the case with well-bred golden retrievers, even though they’ve fallen out of favor with many hunters after decades of poor breeding practices and widespread adoption through the general, non-hunting public. Good ones can be had, but they take work to find. The plus side is they, along with Labs, and German shorthairs are damn easy to train (as long as they have formidable bloodlines) because they want to work with you.

OK, so you don’t want a Lab, golden, or GSP. That’s fine, you’ve got other options for versatile hunting dogs. Dog training guru and devout Lab lover, Tom Dokken, says if you want to hunt ducks and the retrievers are off the table, you’d better look to the German breeds. “

Without retrievers, it’s really Drahthaars or wirehairs, because Brittanys and springers just don’t have the coat for late-season hunting in colder climates. They are great dogs, they just aren’t built for breaking ice.”

As a note of caution, Dokken explained that the German breeds aren’t for everyone. “They have a lot of prey drive. They’ve been used to hunt foxes, rabbits, raccoons, and all kinds of game, which is a lot to rein in and control for the amateur handler. It can be done, but you’ve got to be honest about what you’re willing to offer a dog with those specific needs.”

This is a sentiment that is echoed by Drahthaar and wirehair enthusiasts, because while many folks love their muscular, bearded look and the idea behind them, they aren’t couch potatoes. They need to work, and they need to solve puzzles. If you’re not sure how to handle a dog that needs varied tasks and a lot of purpose-driven exercise, then it might be best to choose something easier to train and more relaxed.

Read Next: Are Hunting Dogs Better When Kept Indoors or Outdoors?

Most upland hunters are partial to the GSP and Brittany because they are extremely trainable and well mannered. Brittanys are a little high strung, but they typically have incredible drive and work close, something every public-land pheasant hunter is looking for. If you stray from those two breeds, there’s a myriad of gun dogs still at your disposal, but you have to realize that the rest of the field is likely going to be tougher for a new handler to train. English pointers are known to be big runners, and we have talked about the long-haired German breeds and their need to be challenged. Flushing dogs are a totally different beast, and it takes real discipline from a handler to know how to run them properly.

This isn’t meant to dissuade you from any breed. You just have to realize that the skill level you need changes with the breed of dog you choose. There’s a reason you see so many pheasant guides hunt GSPs and Brittanys. They’re tough, durable, and they find birds without much direction. I love to hunt over all kinds of dogs, but it takes a certain aptitude to get the most out of more demanding breeds.

The dictionary definition of biddable reads, “meekly ready to accept and follow instructions.” In the dog world, trainers often refer to a breed’s biddability, which involves a simple equation in consideration of the amateur handler. The more biddable a dog is (or should be), the easier it will be to train. Take the Chesapeake Bay retriever, for example. This American-made waterfowl powerhouse looks like a Lab on steroids. It’s bloodlines are rooted in East Coast market hunting where hundreds of canvasbacks might hit the water in a single shoot. They were bred and fine-tuned to pick up all those ducks in harsh conditions…and they don’t need your damn help.

Chessies are a good example of a dog that’s meant only for the patient handler. They retrieve at THEIR pace not YOURS. Good Chessie owners know that. They also know that if they correct their dog without cause that dog will remember it. Chessies are finicky. They won’t work for an unfair owner. So if you make too many mistakes, they shut down.

“I learned from my Chesapeake that he was going to make retrieves on his terms, so I let him,” said Illinois duck hunter Randy Hill. “Now, I didn’t allow him get away with things he knew he wasn’t supposed to do, but after I shot a bird and sent him, it was his show. He knew what to do and I knew not to try and handle him.”

Jeremy Moore, a Wisconsin dog trainer and ruffed grouse junkie, just plunked down a deposit on an English setter. His reasoning, despite being a Lab owner for most of his life, was simple. “The origin of the breed appeals to me. They were originally used to net birds, so they work close and hold tight. For centuries they’ve been honed to the task of big woods birds.” Moore doesn’t have much to worry about as far as training skills, but you might if you don’t have a healthy dog training background.

Upland pointing dog training is more gray than black and white. Pointing dogs are generally high energy, but also possess plenty of bird drive and instinct that can work in the trainer’s favor. Just like with the German breeds, you’ve got to understand the time that is going to go into obedience, and pointer-specific commands like, “whoa.”

This isn’t revelatory to anyone who is familiar with bird dogs, but newcomers might fall in love with the fantasy of a perfect point on a tight-holding ruffed grouse in the northwoods. That’s a beautiful sight for sure, but there are about a 10,000 little lessons and drills that precede that culminating moment. If you work 14 hours a day and have only Saturday afternoons to work with your new pointer pup, you might not ever get there.

In other words, it’s our job as dog shoppers, buyers, and eventual trainers, to be honest about what we need out of a dog and what we are willing to give an individual dog. If our skills are so-so, or our time isn’t really ours most of the week, then a breed known for needing some serious attention and commitment to work and exercise might be a poor choice. This, just like researching quality bloodlines, is all part of the due diligence we should engage in long before we look at a litter of writhing puppies and instinctively reach for our wallets.