The 10 Best Survival Schools for Hunters and Anglers 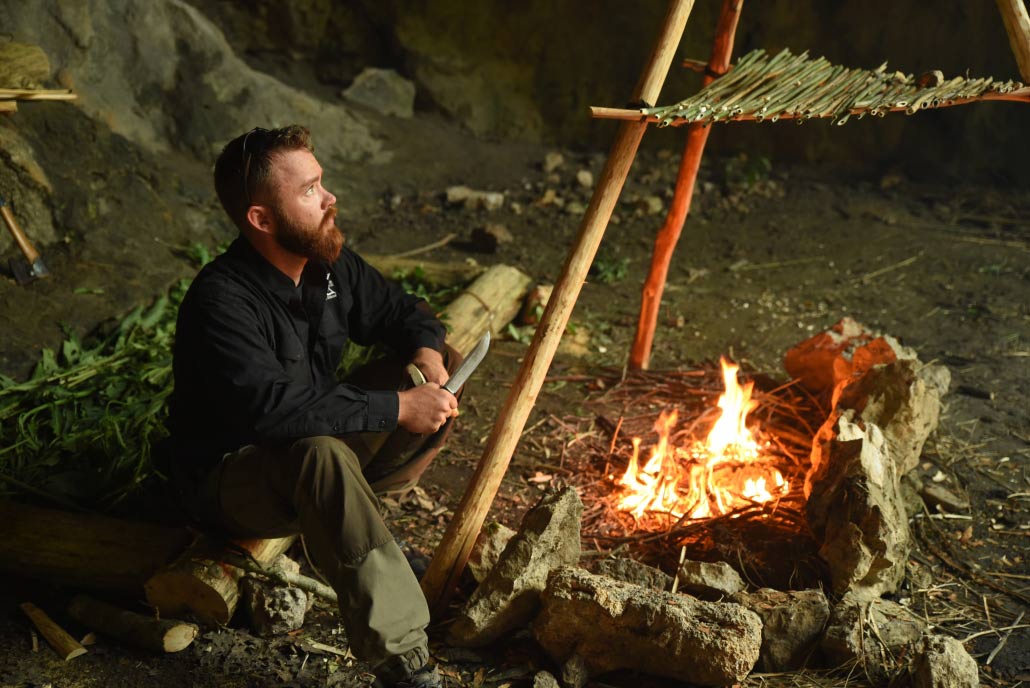 You may have watched every survival video on YouTube (twice), but there’s a big difference between watching someone perform a complex skill and performing it yourself. The best way to learn is under the careful eye of a seasoned survival instructor. I’ve been a survival instructor for more than 20 years, and can tell you it shortens the learning curve. This is a list of the 10 best survival schools in the lower 48 states for outdoorsmen to hone their skills and take their knowledge of the wilderness to the next level.

For women and young girls looking to avoid the macho nonsense that can accompany survival training, take heed. Mountain Shepherd Adventure School provides top-notch wilderness survival, first-aid, and bushcraft training in one of the most beautiful settings in Virginia. They also have an amazing infrastructure in place. There’s not only a huge lodge, and a cabin with rooms you can book for your stay during classes, they’ve got a pub onsite (for those of age). And even though the amenities are remarkable, it doesn’t take away from the training. School owner Dina Imbriani, along with a large staff of skilled women and men, bring their love of the outdoors into every class. From women-only classes to adventurous wilderness survival outings, the team at Mountain Shepherd will guide you as you grow, developing skills and gaining a new understanding of the wilderness. And if you have a young outdoorswoman in the family, Mountain Shepherd has a girl’s camp each summer.

During his admirable military career, owner and operator Byron Kerns was a U.S. Air Force SERE instructor. Teaching civilians since 1996 and operating as Byron Kerns Survival since 2008, Byron is based in Georgia and occasionally teaches in Florida. His classes include: wilderness survival, instructor training courses, minimalist survival, escape and evasion, as well as parent and child classes. He is always glad to share his wisdom with anyone who shares his passion for survival skills. Over the years, he has worked with the public in many capacities and has even provided training for the next generation of American survival instructors (some of his students have founded their own schools).

Headed by Dave Canterbury, a longtime survival instructor and bestselling author, the Pathfinder School offers a wide range of classes in wilderness survival, trapping, knife making, bushcraft, and edible plants. Canterbury co-starred with Cody Lundin on the Discovery Channel’s hit show “Dual Survival” (in 2010 and 2011). Dave also co-starred in a 2015 show called “Dirty Rotten Survival” on the National Geographic Channel. He’s also authored numerous books that have made the New York Times Best Seller List. Despite the notoriety, Canterbury still finds time to be an instructor at the Pathfinder School in southern Ohio and create YouTube videos for his survival channel. While he can’t be at every class, the Pathfinder School’s other instructors are regarded as some of the best in the game.

With a meagre investment of less than $10, survival icon Cody Lundin founded the Aboriginal Living Skills School in 1991. Since then, he has authored two books and co-starred on the Discovery Channel show “Dual Survival.” From his home in northern Arizona, Cody still has a hand in teaching at ALSS (along with other very talented instructors). Classes focus on desert survival, trapping, pottery, fire making, bushcraft and adventure. There are two-day skills courses or week-long sessions. You can even book a private class with Cody for the ultimate one-on-one experience.

Tony Nester has authored 11 books, and has been a regular contributor at Outside Magazine for years. He has also been a featured survival expert for NBC, the Travel Channel, Maxim Magazine, the New York Times, and the Discovery Channel. Tony founded Ancient Pathways in 1989, and along with guest instructors Mike Masek and Bill Downey, they focus on wilderness skills, desert survival and bushcraft—all taught in a hands-on fashion in Arizona. With more than 30 years of practical survival experience, the classes at Ancient Pathways immerse you in the diverse biomes of the desert and give you the tools to protect yourself (and those accompanying you) in harsh environments. Tony has instructed desert survival courses for the National Transportation & Safety Board, National Weather Service, U.S. Military Special Operations Units, FAA, and even U.S. Marshals. He also has an extensive background working with the media and film industry and provided survival training for the film Into the Wild.

Most survival schools offer the same teachings in the same place by the same instructor, but the veteran-owned and operated Sigma 3 Survival School maintains a different structure. Robert Allen is the founder and currently the lead instructor, overseeing a large pool of very talented instructors across the globe. You’ll get very consistent teaching (they pride themselves on it), but you can get it throughout the world. Sigma 3 is also different in their offerings. They provide all the expected classes, like wilderness survival, edible plants, primitive skills, etc. Their premier course takes place two to three times a year. It’s a 45-day instructor training course built from three training phases and testing. Students start with only a knife and receive more gear as they progress. This is the most intensive program in the country, involving SERE training and requiring students to sleep in primitive shelters without sleeping bags (even in cold weather). The goal at Sigma 3 is to give you the skills to survive indefinitely, with just your wits and knife.

Boulder Outdoor Survival School (in Utah, not Colorado) has roots as far back as the late 1960s. BOSS began when BYU professor Larry Dean Olsen (author of the book Outdoor Survival Skills) began taking college students out into the desert to teach them about nature and their place in this world. Over the next 50 years, BOSS has grown into the nation’s largest school with an international clientele. BOSS offers some of the longest and most intense classes in some of the harshest conditions, including desert survival, navigation, and medial training. But it’s not all month-long marches through the desert. BOSS also offers three-day classes that focus on specific survival skills. If you do decide to take the plunge on one of their life-changing 28-day courses, you’d better be in good physical and mental condition. If you make it all the way through, you won’t be the same person at the end. You’ll truly understand the difference between ”wants” and “needs” and you’ll know the landscape like the back of your hand.

Read Next: 9 Natural Shelters that will Save Your Life

K12 Survival Solutions is dedicated to teaching wilderness survival, fire making, and provides training courses that are customized to students. This school will send you home with reproducible skills and a new level of confidence in the outdoors. Founded and operated by Rob “K12” Krolikiewicz, it is an up and coming survival school, bringing some of the best modern and primitive wilderness survival skills gleaned from two decades of military survival training. Rob served 20 years in the U.S. Marine Corps, and in that time he trained and operated all over the world (Afghanistan, Iraq, the Philippines, and above the Arctic Circle to name a few). He is also a SERE school graduate. K12 offers one day and multi-day courses, corporate team building events and leadership adventures. Based in New Jersey, courses are most frequently held in K12’s home state, as well as Pennsylvania and Virginia (though private and custom courses are available elsewhere). I’ve taught with Rob, and few instructors are as dedicated to ensuring each and every student leaves the class with the skills they actually need and a new comfort level in the outdoors, as he is.

At Jack Mountain Bushcraft founder and head instructor Tim Smith will teach you how catch an elusive brown trout and grill it perfectly over the fire with herbs he shows you how to gather. The lessons don’t stop there. This school offers shorter courses that focus on specific skills, and much longer classes that offer deep immersion into many different skill sets. Smith started Jack Mountain Bushcraft in 1999, and his business is still going strong in Maine. One of the most unique aspects of JMB is its accreditation. Unlike most wilderness survival programs, these classes can provide students with college credits and are GI Bill-approved.

When I was first starting out as a survival instructor, I had the pleasure of learning from Frank and Karen Sherwood of Earthwalk Northwest. Frank is an excellent instructor and avid hunter, angler, and bow maker. I learned more about plants from Karen than I ever thought possible. These two masterful experts served as head instructors at Tom Brown Jr.’s Tracker School for more than 15 years, but returned home to Washington state to raise their family and run their own school. Their classes are immersive, detailed, brilliantly taught, and fun. I know. I’ve been there. Whether you’re interested in taking hunting and tracking skills to the next level, or want to learn about the myriad of plant uses that few others know, Frank and Karen will take great care of you.