9 Natural Shelters that will Save Your Life 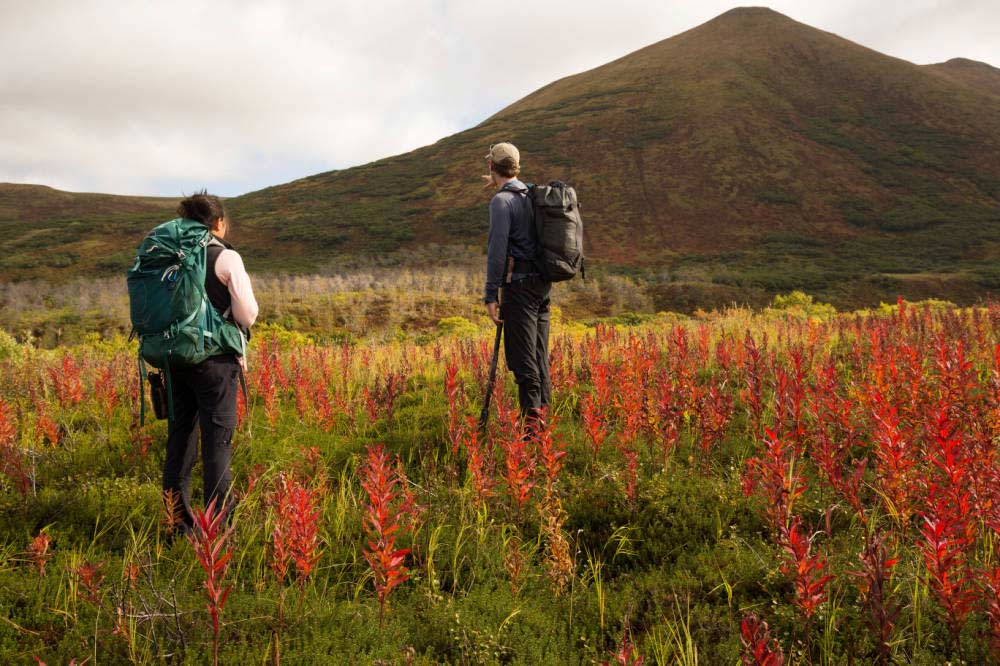 If you get lost in the wilderness, finding shelter is a first priority. USFWS
SHARE

A survival shelter can be something you build, with tools or your barehands. It can also be something you find, ready-to-use and provided by nature. Since exposure is one of the top threats in a wilderness survival setting, learning how to find shelter quickly can save your life. The landscape can provide many different kinds of shelters if you just know where to look.

We can’t always eat the same wild plants or drink the same water as the wild animals do, but we can take a page from their playbook when it comes to finding shelter. Natural vegetative cover does a lot more than just hide animals from predators. It provides a break to get out of the wind and it can also block some of the rain. In bad weather, you may find that many animals have moved to thickets and other brushy areas for protection. You don’t need to get lost in a briar patch, but take advantage of these wind breaks to find a “microclimate” that feels better than being exposed. A great choice for year-round protection is a thicket of evergreen vegetation. This can deflect the bad weather, even in the winter months. For summer relief, the shade of a brushy canopy can block some of the heat and scorching light from the hot summer sun. As a final thought, when choosing a location for a survival camp, there’s nothing wrong with setting up on the leeward side (the downwind side) of brush and thickets, as they can block the wind that would sweep through your camp day or night.

It’s a pity when huge trees fall, but this is a natural part of any forest ecosystem. This opening in the canopy allows light to reach the forest floor and it brings an opportunity for new plants to grow. The trunk and attached disk of roots and soil may fall in such a way that it provides a small measure of protection, especially when the wind and weather are coming from the right direction. It’s not as snug as a hut or a tent, but when you’re in need of a place call “home”, there may be a dry space underneath the trunk or behind the root ball. Inspect it carefully before deciding on using it as a shelter, making sure these structures have moved to their final position and are in no danger of falling down further.

Some of ur ancestors used to live in hollowed out tress, so we can certainly make use of them for a night or two. In the Virginia Colony, a down-on-their-luck colonial family was recorded making a home in a large hollow tree. In the Shenandoah Valley in 1744, the Hampton family of three lived inside a hollow sycamore tree for the better part of a year. Jump forward to the winter of 1778, Thomas Spencer Sharpe spent the season living inside a huge hollow sycamore tree, later becoming one of the first white men to grow crops in Tennessee. Even in recent times, tree cavities and cavernous hollow logs have provided people with necessary shelter from the elements. In the winter of 2012, three people spent nearly a week sheltering in a hollow tree in an old-growth Oregon forest. They were mushroom hunting and lost their way. The weather turned ugly, and cold rain prevented the lighting of a fire for warmth or as a distress signal. Six days after their ordeal began, the tree shelter had kept them alive long enough to get spotted by a search and rescue helicopter flying over a nearby clearing. Hollow trees aren’t all cozy spaces with Keebler elf cookie ovens blazing. They are natural shelters for venomous animals (like spiders and snakes), and can also be filled with decades of disease transmitting bat guano. Check them out thoroughly before committing since natural shelters are seldom unoccupied in the wild.

Since hollow trees aren’t too common in most places (as old growth forests are scarce), this form of natural tree shelter might be your next best bet. The protected space under an evergreen tree can give us good coverage from the sun, and provide partial protection from the wind and precipitation (particularly snow). Their wind and sun protection are best when the lower branches droop down, touching or nearly touching the ground. Their rain and precipitation protection are governed by two main factors: foliage density and tree shape. With a thick canopy of needles or evergreen leaves overhead, the precipitation is naturally redirected out to the edge of the canopy (often called the drip line). And when the tree’s shape is naturally conical, it provides much better protection than a sheltering tree that is flat or globe-shaped. Just keep in mind that lightning may be as attracted to the tree as you are, so seek another form of shelter than trees when a lightning storm is cracking overhead.

Read Next: 8 Ways to Use Evergreen Trees in a Survival Situation

They’re not caves or overhangs, they’re something different. Rock formations that offer protection are often composed of boulder groupings that block the wind, or boulders that are jumbled by geological activity or piled up by glaciers. When boulders produce a gap or void underneath, survey it carefully before crawling under. Look for any loose rock overhead, and look for recently fallen rock on the ground underneath the sheltering stone. The most obvious hazard you’d face is that something could shift and fall on you, though there are less obvious problems. These are often fine habitats for venomous animals like snakes, scorpions and spiders (in the right climates). You may also encounter pathogens in the dust of these places. Mice and other rodents frequently use these rock shelters, and in areas with hantavirus and other scary organisms. You probably don’t want to be crawling and sleeping in a pile of pestilent dust.

Strangely satisfying to our instinct for protection, rock overhangs have long been a magnetic draw to humans in need of refuge. These stony shelters are called by many different names, like rock shelters, rockhouses, crepuscular caves and bluff shelters. Some can be deep, seeming almost like a cave, while others are quite shallow, barely providing enough room to lie down. Whatever you call them, these landforms are shallow openings at the base of an outcropping, a cliff or some similar form. These are sometimes formed by water erosion. They can also be dissolved slowly by weather, when a soft rock stratum erodes away beneath a more resistant rock stratum. Even wind-blown sand can erode enough rock to form this sheltering feature. Freezing and thawing can form rock overhangs too. When wet rock freezes, the expansion of the ice crystals flake off little pieces one tiny flake at a time. However these overhangs formed, undercut rock areas can often be used “as is” for shelter or can be the foundation of a constructed shelter when time and materials allow.

Caves are one of our oldest known human habitations, and there’s good reason for it. You’re out of the wind in most cases, unless the cave has its own air flow. You’re out of the rain and water is not a problem, unless the cave is prone to flooding. Caves also have stable temperatures, feeling cool in the summer and warm in the winter. In fact, when you get a few feet underground, the temperature doesn’t change much at all. The underground temperature will be affected by the area’s latitude, with caves in North America ranging between 40 to 60 degrees (being warmer in the south and cooler up north). Caves are also easier to defend than most other natural shelters (or man-made shelters, for that matter). They are not without problems, however. The three main issues with cave safety are animals, air and collapse. Bats and other animals can fill the cave with droppings (and the pathogens and parasites those transmit). You may even run into dangerous animals in the cave. Second, the air can be poor in caves, so it’s usually better to stay near the mouth of the cave (rather than the back). Finally, caves can collapse, turning your refuge into a tomb if you are in the wrong cave at the wrong time. The most dangerous caves are coastal ones (also known as sea caves). When the tide rises, these places can be blocked or even filled with water. It may not happen slowly, either. In some cases, they can flood in a matter of minutes. If you have to take shelter in sea caves, look for the high tide line and check the inside of the cave for danger. Seaweed, driftwood and standing pools of salt water are all red flags. Get out quickly, and find some other place to shelter, especially when storm surge is a possibility.

Getting out of the weather might be as simple as dropping down to a lower area. Since high places are naturally struck with more wind, creating dangerous wind chill conditions during colder seasons, the protection of lower areas can have a big impact on your survival. Low places such as valleys and canyons may be at greater risk of flooding in their lowest parts, but seeking them is smarter than staying on a ridge in a storm. Likewise, small low land features like ravines and depressions can give you a respite from the wind as well. These may be small forms like a ditch or a pit, or they may be something much larger, like an undercut bank. There is a catch, however, with sheltering in low places. In addition to the flooding threat of low places, these can also be very cold at night and early morning. The reason is that cold air is denser than warmer air, and the coldest air drifts to lower areas throughout the night.

There are many different types of high land forms in the world. Some are very tall, like mountains, plateaus and ridges. Others are smaller, like hills and dunes. These can all be used as sheltering formations, when they are able to block the driving rain and howling winds. Whenever possible, travel away from the windward side of these raised landforms (that’s the side hit by prevailing winds and storms). It is often the wetter side as well. High land forms (like mountains and ridges) will “squeeze” the moisture out of the clouds as they try to pass over. This means that the leeward side of these landforms is usually drier and often protected from the high wind. This all can vary, of course, as weather can come from any direction, and large landforms can even create their own weather systems. In a nut shell, solitary mountains and ridges (a chain of mountains with an elevated crest) can block most weather, while smaller high land forms (like hills, dunes, buttes, cliffs and similar forms) can provide lesser relief from storm winds. Most of these higher forms can give you a great defense against flooding.