After kicking the cougar several times, the man scared off the big cat by looking as big as he could and beating the ground with a large stick 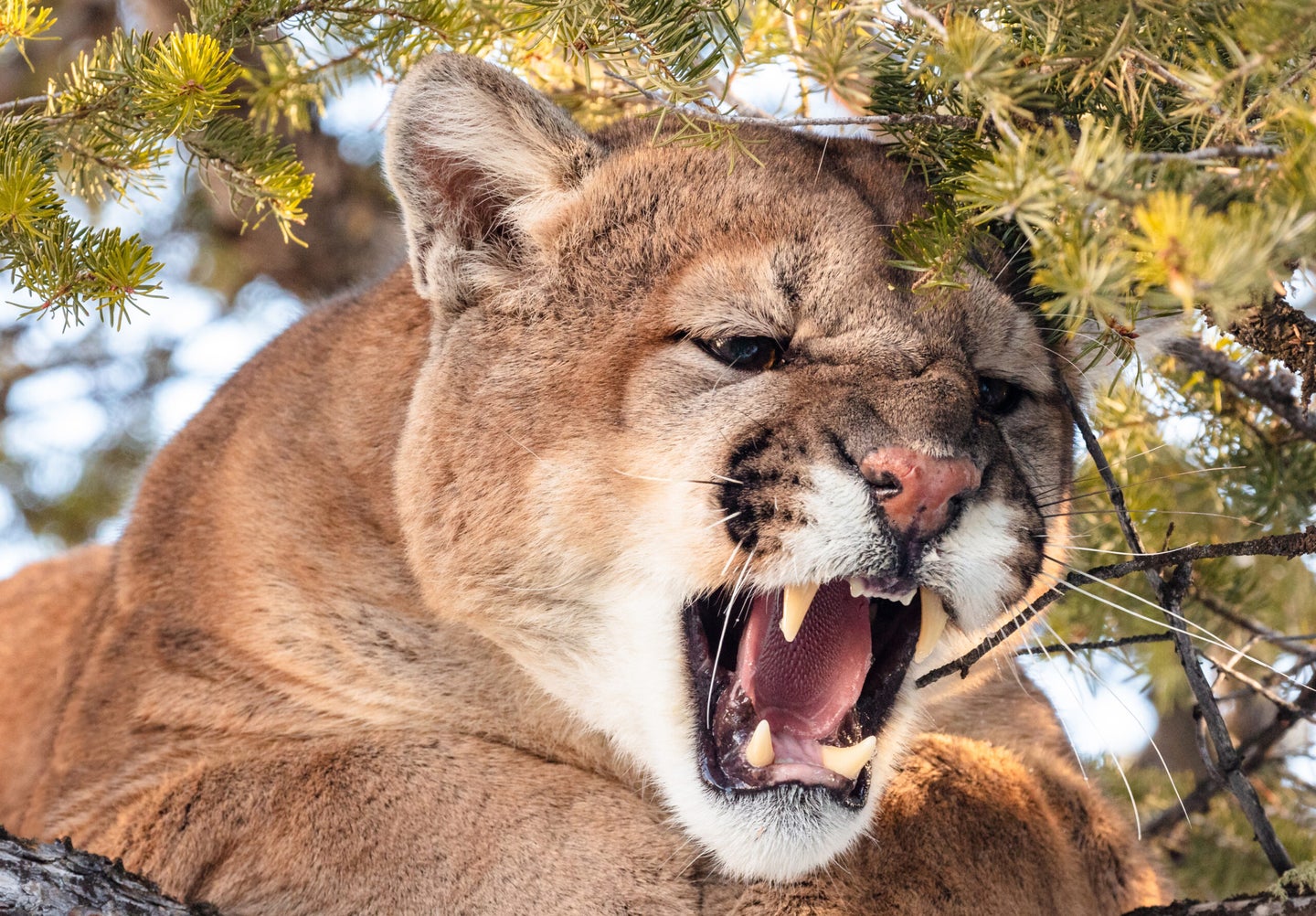 A 69-year-old man from British Columbia recently fought off a mountain lion that was attacking his daughter’s dog. His bold, spur-of-the-moment response saved the dog’s life and he was able to scare the cat away, CBC News reports.

Ian Orser, a plumber, was working at a job site on April 9 in a residential neighborhood near Christina Lake, B.C., which lies just north of Washington state. His 40-year-old daughter, Megan Orser, was there along with their three dogs, and Orser told the local news that a loud yowling and screeching noise originally caught their attention.

At first, he thought it was just a dog fight. But when Megan went to see what was causing the commotion, she saw that a cougar had grabbed hold of her dog, Red, a nine-year-old female Ridgeback-German Shepherd mix. At that point, the cat had its jaws around Red’s head and was dragging the dog across a driveway. Megan yelled to let her father know that it was a cougar attacking.

“Number one, I was worried about the dog,” Orser told Global News. “And, of course, my daughter is there, so if it’s a cougar, it’s pretty scary.”

Orser wasn’t too scared to react, however. He ran right at the big cat and kicked it in the head several times. The cougar then let go and backed off the dog—but it didn’t run off.

“He looked at me, he didn’t attack me or anything,” Orser said. “I grabbed a stick and started shaking the stick around, beating the ground, looking as big as I could, and he sort of sauntered away.”

Orser then grabbed Red while Megan loaded their other two dogs in the truck, and they headed straight for a veterinarian in town. Red had multiple puncture wounds in her back neck, chest, and two legs, and she received roughly 20 stitches, along with some antibiotics and painkillers.

Orser reported the incident to officers with the B.C. Conservation Officer Service soon after the attack occurred. Conservation officers tracked down the cougar the following day and phoned Orser after they had located the cat and killed it. They reported that the cougar was an emaciated male in “pretty rough shape,” according to the CBC.

Orser said last week that Red was healthy and had recovered fully from the attack. He added that if the cougar would have gone after either of the other two dogs—both springer spaniels—he doubts that either one would have survived. Looking back on the incident, he also told reporters that he might not have put himself in such a risky situation had he thought more about it instead of acting on instinct, before adding, “but I just had to save our dog.”