The dog suffered fractures to her skull, a puncture into the sinus cavity, and severe swelling around her left eye 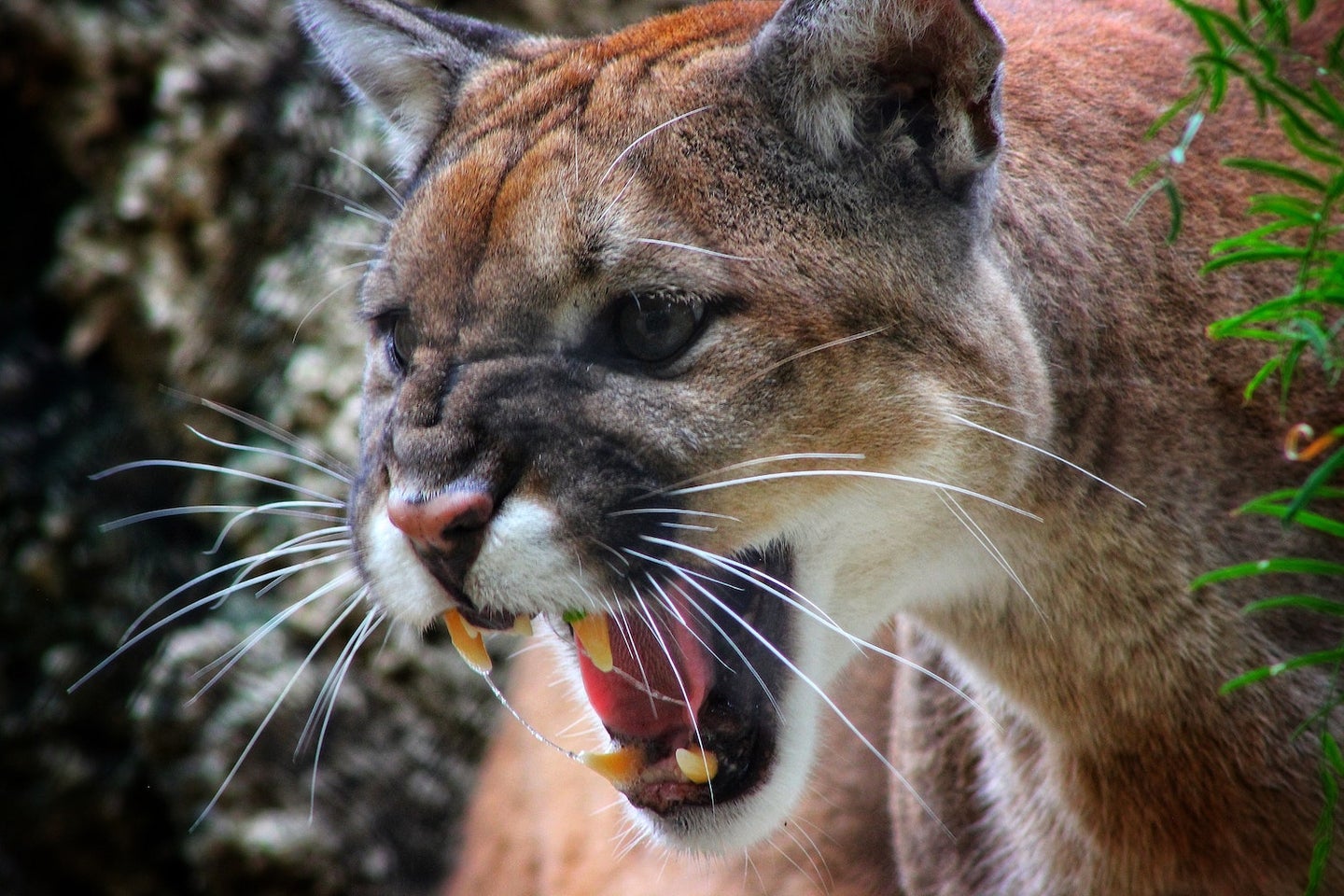 There's little chance the woman would have been able to fight off the mountain lion without the help of her dog. Thomas S. / Unsplash
SHARE

Update: Erin Wilson, the dog’s owner, announced on June 8 that the dog died as a result of the injuries it sustained during the fight with the mountain lion. Wilson made this announcement on the GoFundMe page that she set up to help cover the dog’s medical expenses. “My dog is my hero and I owe her my life,” Wilson wrote on the page.

May 19, 2022. A dog in Northern California was critically injured earlier this week after saving its owner from an attacking mountain lion. The dog is still recovering from its injuries, according to a recent Instagram post, and the California Department of Fish and Wildlife says that wildlife officers are still working to trap the lion.

Erin Wilson and her Belgian Malinois, Eva, were walking along the Trinity River near the White Bar picnic area on Monday afternoon when the big cat attacked, jumping on the woman from behind and scratching her left shoulder. Eva, who was out in front, heard Wilson scream, and the dog immediately jumped in to defend Wilson.

“I think it’s safe to assume that dog probably saved her life,” CDFW’s Patrick Foy said in an interview with the Sacramento Bee.

At some point during the battle, the mountain lion bit into the dog’s head and wouldn’t let go. After multiple attempts to get the cat off her dog, Wilson ran up to the highway to get a telescoping baton from her car to use as a weapon. She was also able to recruit some additional help as she waved down a passerby, Sharon Houston, who was driving down CA-299 at the time.

“About 2:45 p.m., I was driving on 299 from the coast to Weaverville when I saw a woman trying to wave someone down,” Houston told the Redheaded Blackbelt, a local media outlet that originally broke the story on Tuesday. “She was frantic about it.”

After hearing what happened, Houston decided to help. Wilson had her telescoping baton, and Houston had a portion of PVC pipe and some pepper spray. They found the lion, which had the dog by the neck at that point, and they began hitting it repeatedly.

“I thought, ‘Here we go,'” Houston said. “So, I started hitting it on the head, trying to get it to let go…I was just trying to get that thing away.” They eventually managed to free the dog.

After fending off the big cat, the two women left in separate vehicles. Wilson drove an hour and a half from the site of the attack to the veterinarian’s office, where she learned that her dog was seriously injured after sustaining “two fractures to her skull, a puncture into the sinus cavity and severe swelling around her left eye, which [was] impeding her vision.”

Read Next: Colorado Man Wakes Up to Discover a Mountain Lion Eating an Elk on His Front Porch

Both Houston and Wilson reported the attack to CDFW. According to state officials, Wilson drove herself to be treated for her injuries after rushing her dog to the vet. “Her injuries consist of bite wounds, scratches, bruises, and abrasions, but are non-life-threatening,” the department told Redheaded Blackbelt. Wilson has since made a full recovery.

Wilson started a GoFundMe to help pay for her dog’s vet bills, and she has far surpassed her initial goal of $7,500. She recently posted several pictures and videos showing the dog’s recovery on Instagram, and wrote on Thursday that Eva is due to go home on May 20.

According to Houston, the attacking mountain lion looked emaciated, and its eyes seemed clouded—like it was possibly going blind. Even so, Wilson, who is a small woman with a slight build, would likely not have been able to fight off the lion alone and unarmed.