In addition to multiple law enforcement agencies, a large group of experienced outdoorsmen and local families aided in the search 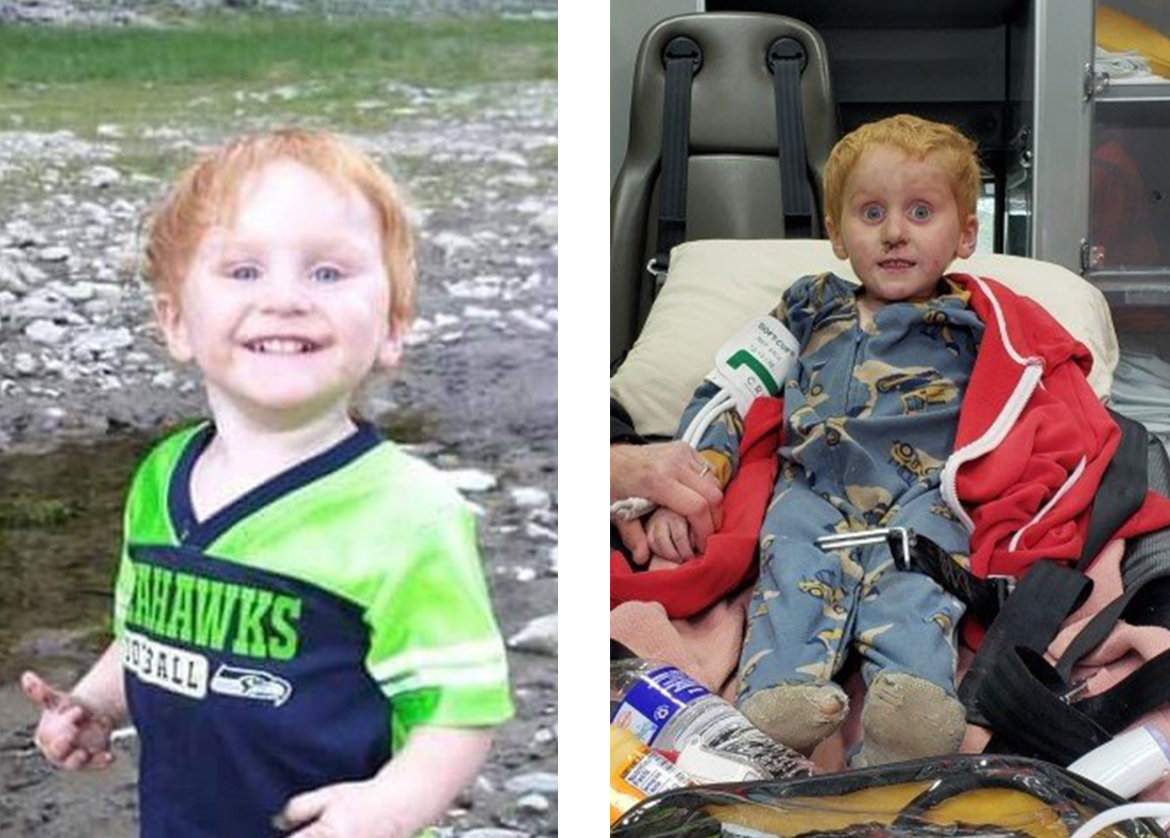 Rescue workers located a 3-year-old boy in Montana last Sunday after he went missing for two days in a rural part of the state. Ryker Webb was reported missing on Friday near mile marker 18 of state Highway 56, south of Troy and east of Bull Lake, according to a news release on the Lincoln County Sheriff’s Office’s Facebook page. The boy was last seen playing with the family dog outside the family’s home, and although the details surrounding his disappearance are unclear, the boy apparently wandered off at some point that afternoon.

Officials with the Sheriff’s Office first received a report of a missing person from a concerned neighbor at approximately 4:53 p.m. on June 3. They quickly launched a rescue mission that included on-site personnel, dogs, helicopters, and drones. The efforts of the helicopters and drones were unsuccessful, however, due to poor weather conditions.

A Code Red Alert was also issued in the area for all neighbors to search their property for the child, in the hope that he’d simply wandered onto someone else’s land.

With 53 rescue workers looking for the boy, rain and low visibility hindered their search. But on Sunday, June 5, a family finally found Webb in a shed behind their cabin near Pine Ridge Road and South Fork Bull River Road in Sanders County.

The shed was roughly 2.4 miles from where he’d originally gone missing, according to NBC News. Officials determined that it was Ryker, “who was in good spirits and apparently healthy, although hungry, thirsty, and cold,” the Sheriff’s Office explained in its Facebook post.

Read Next: Boy Scout Wakes up With His Leg in a Bear’s Jaws During Recent Campout at New York State Park

A Bull Lake Volunteer Ambulance moved Ryker to Cabinet Peaks Medical Center for evaluation after officials found him. It’s worth noting that on Saturday while Ryker was missing, a quarter-inch of rain fell and temperatures dropped to around 40 degrees. Before rescue workers found him, the missing person’s notice had been disseminated nationwide.

The sheriff’s office noted that in addition to the various law enforcement agencies, fire departments, and the Montana Air National Guard, a “large group of experienced outdoorsmen and families” responded from Sanders County to aid in the search.