8 Common Wild Plants That Are Poisonous to Your Dog

These plants can poison your dog, make sure you know how to identify them 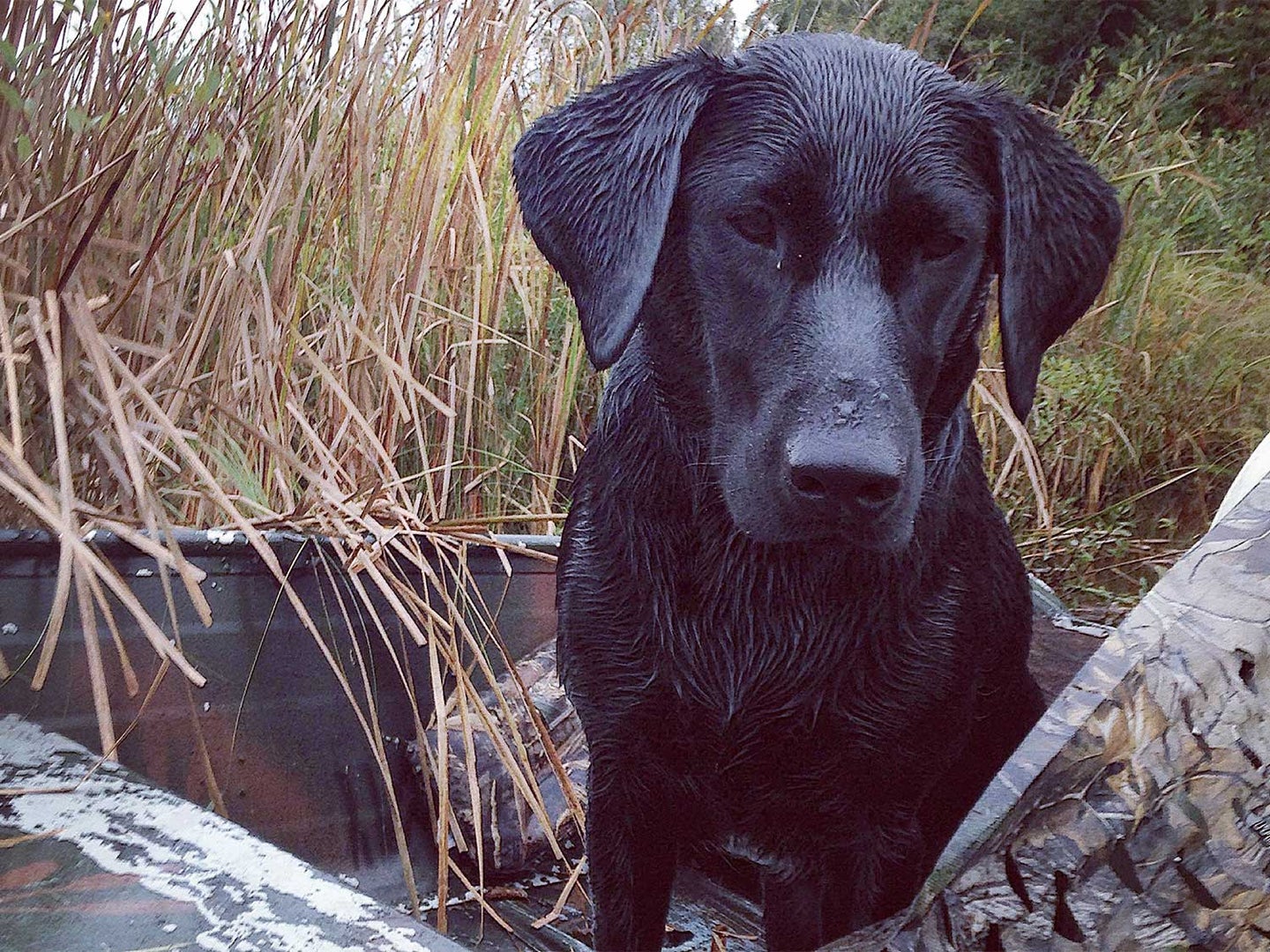 Man’s best friend has incredible instincts. We often rely on our dog’s sharp senses and ancient impulses during outdoor pursuits (including everything from bird hunting, to blood trailing deer, to search-and-rescue missions). But any bird hunter with a Labrador retriever can tell you that dogs also have a tendency to eat just about anything. Sometimes the wild plants and nuts they eat can make them sick. These are the 10 wild plants you should make sure your pup does not chow down.

Where found: Common milkweed is one of a hundred milkweed species found in North America and this one has the widest distribution. Found from Oregon to the East Coast, common milkweed often grows in fallow farm fields and sunny roadsides.

How to identify the plant: Milkweed has oval opposite leaves and large teardrop-shaped seed pods. The plant grows up to 4 or 5 feet tall. If you break off a leaf, thick white sap will ooze from the wound.

Harmful content: This everyday weed contains cardiac glycoside toxins. These poison the hearts of dogs, humans, and other creatures.

Diagnosing the poisoning: Noticeable symptoms include an atypical heart rhythm in your dog, as well as pupil dilation, seizures, intestinal issues and collapse.

Where found: Black walnut is common in fields, second-growth woods and old farmland east of the Mississippi.

How to identify the plant: Walnuts grow alternate branches with pinnately compound leaves. The husks that cover the nuts are rough and complete (no splits).

Harmful content: The leaves, bark, nuts, husks and wood of walnut contain the compound juglone. Worse still, moldy walnuts can be laden with mycotoxins (poisons created by fungal organisms). These can cause major neurological problems.

Diagnosing the poisoning: Poisoned dogs may exhibit excessive panting, drooling, foaming at the mouth, vomiting, muscle tremors, fever and seizures. If untreated or if they ate too much, the poisoning can result in death.

Where found: They grow well in forests and fields, various hickory species can be found from Texas to New England.

How to identify the plant: Hickories are in the walnut family, and as such, they also have alternate branching with pinnately compound leaves. The husks that cover the nuts are much different than walnut, however. These husks are typically smooth and they naturally split into several pieces to expose the nutshell underneath.

Harmful content: Although weaker than walnut, hickory can also sicken your dog with the compound juglone and harbor the molds that cause even worse poisoning.

Where found: Mayapple grows in shady forest areas throughout the eastern U.S.

How to identify the plant: The mayapple is a woodland plant that often grows in thick patches or colonies. They have two large lobed leaves per plant, a single white flower where the leaf stalks split, and a small fruit in summer.

Harmful content: Although the ripe yellowish fruit is edible to humans (safest if cooked, the seed must be removed), the unripe fruit, seed, roots and foliage are poisonous. Mayapple contains a unique toxin called podophyllin.

Diagnosing the poisoning: If consumed, mayapple can cause vomiting, diarrhea, lethargy, excessive panting, coma or death in dogs. Canines may also develop skin redness or ulcers.

Where found: Oaks are found coast to coast in the U.S., and throughout the Northern Hemisphere. Depending on the species, oaks may be found growing in the thickest forests, swamps or open desert land. North America contains the largest number of oak species, with a surprising diversity of 160 species in Mexico.

How to identify the plant: With roughly 600 species of oak in the world, these trees show great diversity. Deciduous and evergreen oak species have a wide range of leaf shapes. Oaks have alternate simple leaves in a wide variety of sizes and shapes. The fruit of the oak tree is a nut called an acorn, borne in a cup-like “cupule”.

Harmful content: Acorns are just the right size to cause intestinal blockage in small dog breeds, but a compound called gallotannin is the chief offender.

Where found: Once used as a natural bug repellent, the common tansy can be found naturalized throughout the continental United States. Tansy prefers to grow in fields and pastures, but it does equally well along roadsides and streambanks.

How to identify the plant: Considered a noxious weed by many people, the common tansy grows to roughly three feet in height. In summer, it sports many yellow clusters of button-like flowers. Tansy is considered an invasive species to Washington state and neighboring areas.

Harmful content: Even though tansy is used as a natural insect repellent and sometimes as a culinary herb or alcohol flavoring, the thujone content of common tansy makes the leaves and flowers particularly toxic to dogs.

Diagnosing the poisoning: Dogs that have eaten tansy may have a rapid pulse rate, disorientation, stomach problems and convulsions. They’ll also be suffering liver and kidney damage from ingesting this plant.

Where found: Often found in ornamental plantings and urban areas, horse chestnut is native to the Balkan forests in Eastern Europe. Because of its interesting look and apothecary uses, horse chestnut can now be found growing throughout North America and the world.

How to identify the plant: This can be a shrub-like woody plant or small tree, with opposite branching and palmate compound leaves. The nuts do resemble Chinese and American chestnuts, though the outer husk is far less spiky.

Harmful content: Due to its horrible taste, it’s unlikely that you or your dog would eat enough horse chestnuts to result in death. The main toxin that affects dogs is aesculin (a glycosidic saponin), although other saponins in the nuts are also harmful to canines.

Diagnosing the poisoning: Eating horse chestnuts can cause severe vomiting, extreme thirst, weakness, twitching, dilated pupils and stupor. If enough were consumed, that stupor can turn into paralysis, coma or death.

Where found: Death camas (also known as meadow death camas) grows in the fields, sagebrush slopes, meadows and prairies of the western U.S.

How to identify the plant: The death camas is a flowering native plant with cream colored blossoms in late spring. Overall, these plants grow in clumps and bear a resemblance to onions. And while every good dog owner knows that onions are toxic to dogs, these plants can kill both you and your dog.

Harmful content: There is a potent cocktail of poisons in the death camas and all plant parts are equally dangerous. If a creature consumes as little as 2% of their body weight in camas, the result can be death. This plant contains zygacine and toxic esters of zygadenine, which are neurotoxic alkaloids.

Diagnosing the poisoning: Dogs that chew or eat any part of a death camas plant can exhibit weakness, difficulty breathing, paralysis, convulsions or coma.

Read Next: How to Not Kill Your Hunting Dog

The first thing you need to do in a suspected pet poisoning is to get your dog away from the dangerous plant. If they still have some that they are chewing on, get that away from your pet as well. If you have phone signal, call your vet immediately or call an organization that helps pets (like the Pet Poison Helpline at 855-764-7661).

Next, observe your dog to ensure that they are still breathing and acting normally. If possible, take a sample of the plant they were chewing or eating. Keep your sample out of your pet’s reach, to keep them from ingesting more. If possible, take several pictures of the plant. Pictures should include close ups of the leaves and photos that show the whole plant. If there are flowers, fruits, pods, seeds or any other reproductive parts, snap some pictures of these too. These photos and plant sample can make all the difference in the correct diagnosis and treatment for your dog.

It’s vital that you NEVER give a potentially poisoned dog any home remedies. Some folk remedies for poisoning (like giving hydrogen peroxide, milk, salt or oil) will only interfere with your vet’s treatment.

Keep them comfortable, show lots of affection and get them to the nearest ER veterinary facility immediately.