After making some wrong turns and a potentially fatal decision to leave her vehicle, an Arizona woman is lucky to... 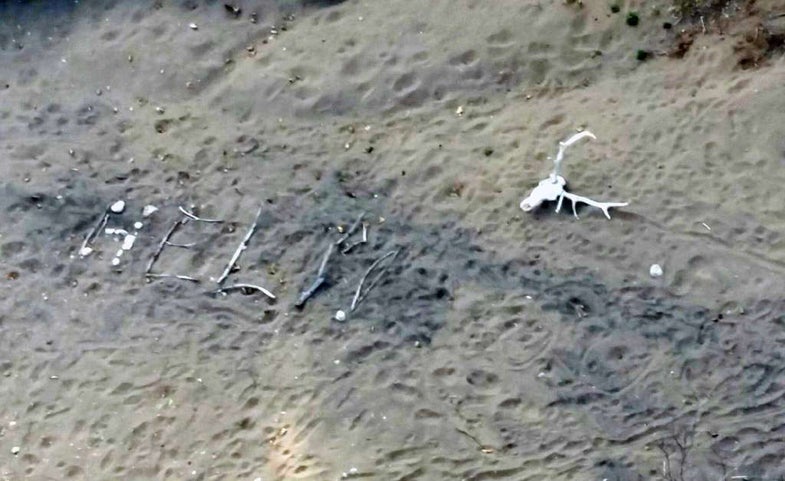 After making some wrong turns and a potentially fatal decision to leave her vehicle, an Arizona woman is lucky to be alive, and she credits survival training for her salvation.

According to U.S. News, 72-year-old Ann Rodgers of Tucson, Arizona was reported missing on March 31 by her family. During a trip to see her grandkids, which should have been an easy drive, Rodgers took a few wrong turns, stranding her to a remote dirt road in eastern Arizona. She was driving a hybrid car, which ran out of both fuel and electric power. To worsen the situation, she had no cellphone service.

Rodgers made the right move on the first night of her situation—staying with her car. She had extra clothing for warmth, and some snacks and water for sustenance. On the second day however, she made a decision that has turned fatal for many people over the past century—she left the vehicle to look for help.

Had she stayed with the vehicle (as you should do), her ordeal would have been shortened by several days, since local police found the abandoned car on April 3. But aside from this major blunder, Rodgers showed skill and tenacity. Accompanied by her dog, she went off searching for help and to look for a ranch which she had passed along the way. Each night, she built a fire for warmth. She drank “pond water” for hydration. She even found edible plants along the way and killed a turtle, which she roasted and ate for nourishment. Rodgers claimed to have learned each of these skills from a survival class and her continued research on the topic of desert survival.

Rodgers told the authorities that she was angry with them at one point, since help hadn’t come. “I was frustrated, but I knew there were people who cared enough to make sure somebody found me…”

But it wasn’t because local authorities weren’t trying. The local sheriff’s department and the Department of Public Safety were looking for her, with man trackers, scent dogs, and aircraft. But again, Rodgers’ know-how came into play. She had made a large “help” sign from sticks and rocks, which a DPS pilot spotted on the ninth day of her predicament.

Rescue helicopter pilot Lowell Neshem was quoted saying “I was completely shocked. Up to that point I thought we were looking for a body. For me it was like a Hail Mary pass for a touchdown. I didn’t expect to find her alive.”

After the helicopter set down and picked her up, Rodgers was flown to a local hospital and soon released.

So what did she do wrong in this scenario? She didn’t turn around while she still had fuel in the car. She left the shelter of the car. She went into the desert with very little gear. And one of the worst offenses: she left the road.

But what did she do right? She stayed with the car on night one, carried food and water in her car, and she learned some survival skills that matched her home region. I say all’s well that ends well. I’m glad she made it, happy for her reunion with her family, and proud of her exemplary strength and fortitude.