Bear Henry went missing in November while driving into the Vancouver Island wilderness. Now, 74 days later, Henry finally walked out of the woods 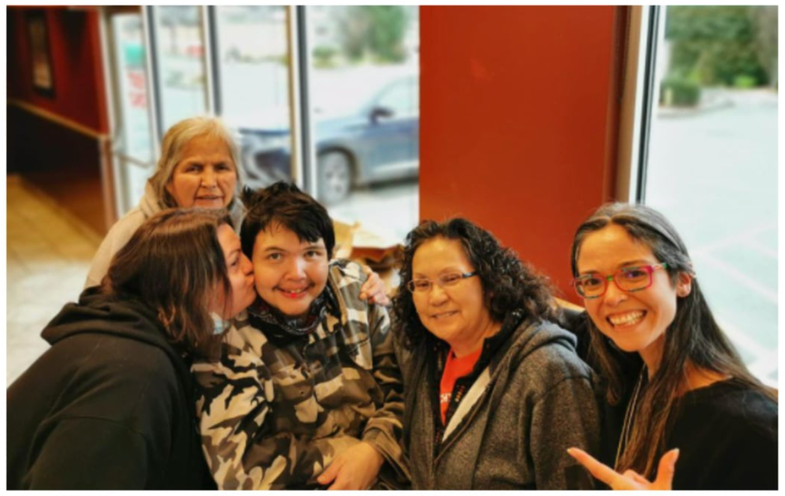 Bear Henry was found earlier this week after surviving for nearly three months alone in the Vancouver Island wilderness. Bear Has Returned! group, via Facebook
SHARE

On Jan. 7, Bear Henry’s family and friends held a vigil in Victoria’s Beacon Hill Park, gathering there to honor and celebrate the life of their lost loved one. Henry had been missing since Nov. 27, and after searching the cold, wet woods of Vancouver Island for six weeks, they had begun to lose hope. Then on Feb. 9, 33 days after the vigil took place, Henry came out of the woods and walked into a Lake Cowichan coffee shop. Henry had lost 60 pounds, but wasn’t in dire shape.

Kevin “Bear” Henry is a 37-year-old First Nations member who identifies as a two-spirit person of the Spune’Luxutth’ (Penelakut) Tribe. They were re-united with family members at a hospital in Duncan, B.C., on Wednesday, and on Thursday posted a message of gratitude to a Facebook group page that was dedicated to finding them. (The page had already changed its name from “Bring Bear Henry Home” to “Bear Has Returned.”)

Henry’s last contact with family was a text message sent on Nov. 27. Henry had apparently been en route to the Fairy Creek Wilderness, Victoria’s Chek News reports, where Henry was planning to join the ongoing effort to prevent a private logging company from cutting in an old-growth forest of 1,000-year-old yellow cedars. Driving on an old logging road that runs up to Fairy Creek, Henry’s van hit a washout and got stuck in a ravine.

Henry’s van—which was also their full-time residence at the time—had been converted into a camper, so Henry was somewhat prepared for the situation. They had enough peanut butter, beans, clothes, and other basic supplies to last a few weeks, so Henry hunkered down for awhile. But days turned into weeks, and then weeks turned into a month. By that point, civilian crews, volunteers, and search-and-rescue personnel with the Royal Canadian Mounted Police were all scouring the area for signs of Henry without luck.

These ongoing search efforts failed to turn up any meaningful clues, however, and the dicey winter conditions were only getting worse as December turned to January. By early January, after nearly two months of searching, Henry’s loved ones finally decided to hold a memorial ceremony, which included traditional songs, drumming, and dancing.

Now that Henry has returned and is recovering, the Henry family has been able to share more details about the incredible survival story. Henry’s aunt, Rose Henry, told Chek News that Henry spent “the last few weeks surviving on stream water and snow to keep themselves hydrated” after their peanut butter and beans ran out.

Henry was not available for comment, but explained how they were eventually rescued in a phone interview with Vancouver Island’s CTV News on Wednesday. After making the decision to leave the cold, wet van, which held all of their belongings, Henry said they walked downhill from the van for about two days and eventually hailed loggers near a bridge. The loggers immediately recognized Henry from the missing persons posters in the area. When they got into the loggers’ truck, Henry said, they had no clue how long they had been missing.

Henry added that before they got stuck in the woods on Nov. 27, they had little to no experience in the backcountry. “I definitely learned a lot more about the environment and how precious it is to be back there, to breathe that kind of fresh air. And to be at the mercy of that kind of weather and be at the mercy of the backcountry, it teaches you a lot.”