Tick Borne-Diseases are Skyrocketing in Eastern Massachusetts. Is the Lack of Hunting Access to Blame?

Annual Lyme disease cases have increased by 6,600 percent in the last 25 years and deer numbers are up 400 percent 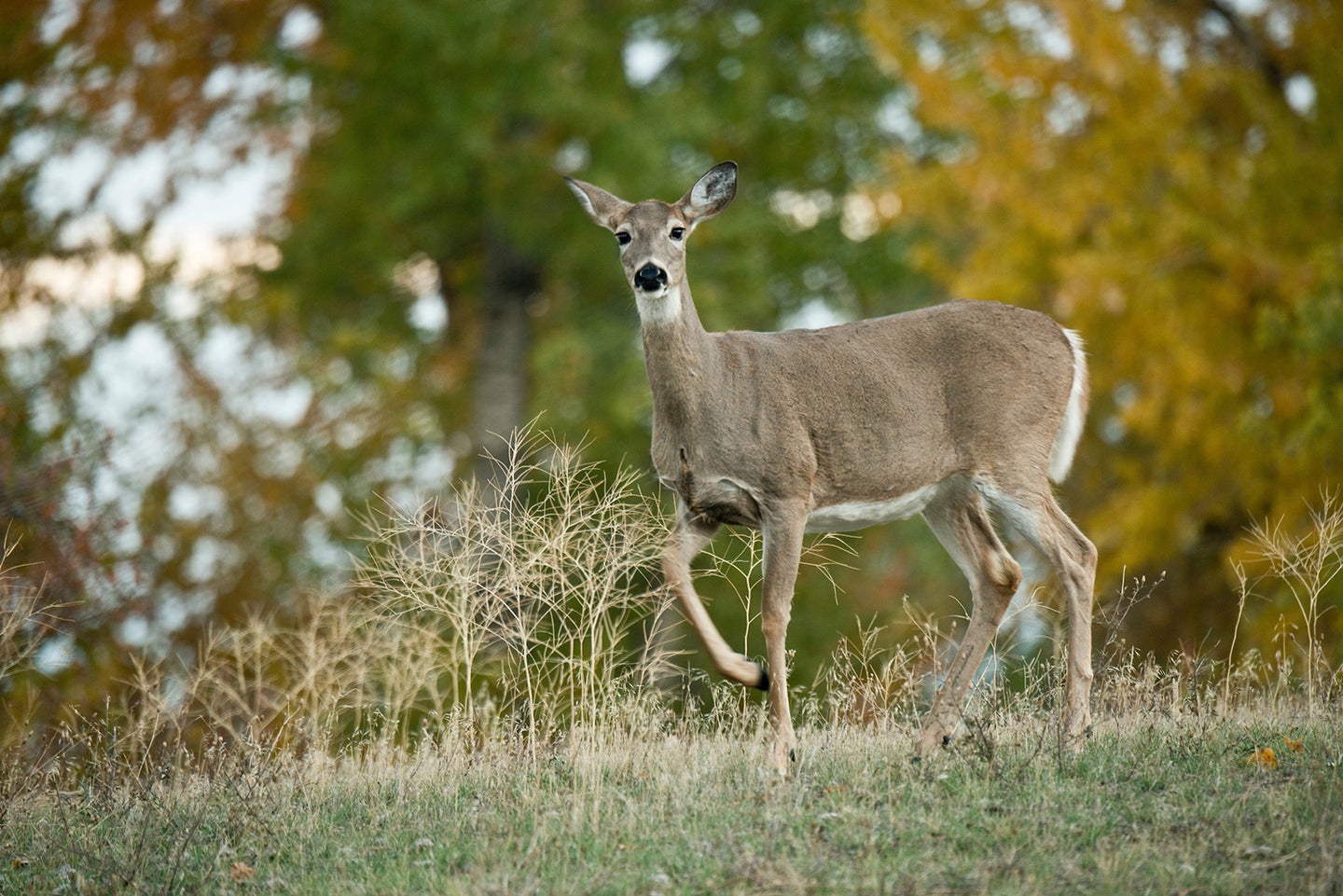 People in Massachusetts are catching more diseases from ticks every year. There were about 1,000 new cases of Lyme in Mass in 1994. By 2018, that number had ballooned to over 67,000. That’s a 6,600 percent increase in annual new Lyme infections in just 25 years.

Now, let’s look at deer herd figures for the same time frame. In the mid-1990’s, there were about 10,000 deer east of Route 495 in Massachusetts. That’s about five deer per square mile. Today there are about 50,000 deer in the same area, according to David Stainbrook, biologist at the Massachusetts Division of Fisheries and Wildlife (MDFW). That’s 20–25 deer per square mile, or about five times as many deer in 25 years.

During that same span, the deer herd west of Route 495 has held steady at roughly 50,000 deer. Lyme disease in that region over the same period has plateaued.

Rampant deer herd growth in Mass is the result of a recent ecological sea change. Massachusetts — and especially eastern Mass, which is much more populated — has become a friendlier place for deer even in the past 25 years.

According to Stainbrook, the reason is twofold. First, Eastern Mass has actually gained back a lot of forest land lately. Before Europeans settled and cleared the state’s land for farming, most of Massachusetts was covered by deep forest.

Harvard University has some great depictions of specific sites that show the change. The recent forest regeneration, plus suburban sprawl has created a ton of edge habitat that whitetails prefer.

“The suburban landscape is an ideal environment for deer to thrive,” says Marion Larson of MDFW. “Deer like edges, and I think you would agree that if you were up in a hot air balloon over Eastern Mass, you’d see a lot of edges around golf courses and malls and sporting fields.”

“A healthy deer herd [can] double in size every three years,” says Tufts University epidemiologist Sam Telford, who studies blacklegged ticks. “The deer congregate around people’s homes where there are wonderfully lush sources of nitrogen with all the plantings people do.”

A Lack of Hunting Pressure

A lack of hunting access is the main reason for the recent whitetail boom, according to Stainbrook. Many lands are closed to hunting, town by-laws restrict hunting, and discharge setbacks prohibit hunting with a firearm within 500 feet of a building.

“You can’t discharge a firearm within 500 feet of an inhabited house,” says Telford. That makes managing a deer herd through hunting very difficult in Eastern Massachusetts.

Even in areas where there are no buildings, at least 46 percent of towns in Massachusetts ban hunting on public lands and/or require hunters to contact landowners for written permission.

“There are more ticks even in the last 10 years,” says Telford. “They’re also in more places.” An avid tick researcher, he once had to travel to Cape Cod to collect ticks for his studies. “Now,” he says, “I can go within the 128 and 495 corridors and get just as many ticks as I need.”

The upsurge in deer numbers gives the ticks free reign to reproduce. Stainbrook points out that the tick nymphs and larvae can feed on any host. However, adult ticks primarily feed on deer. One adult female that gets a “blood meal” from a deer host will lay about 2,000 eggs.

“It would be difficult to point the finger at any one thing as the driver,” Stainbrook says. “But deer are the primary host for the adult blacklegged tick females, and deer numbers are increasing in these communities in Eastern Mass.” Some of Telford’s colleagues have even found deer ticks in parks within the Boston city limits.

“I found a tick on a patient in my waiting room in Boston,” says Dr. David Crandell, Director of the Dean Center for Tick-Borne Illness. “If they’re here in the city, they’re everywhere, right?”

Lyme is no longer just a worry for hikers, campers, and hunters anymore. The ticks are finding suburbanites in their own backyards.

Take the case of Diana DiMascio, a resident of Tewksbury, Mass, who considers herself among the least outdoorsy types she knows. “We have houses up and down the street, right on top of each other,” she says, noting that she doesn’t even walk her dog through the yard.

Yet DiMascio caught Lyme in 2014, without the telltale bullseye rash. Now she suffers from a chronic form of the disease that slows down every aspect of her life. “It’s the new normal,” she says.

Shockingly, her case is probably the rule, and not the exception. Outdoor types, says Telford, are usually in tune with the tick problem and more vigilant than suburbanites.

“They know to wear repellant,” he says, and they’re “probably way less of a risk group than the average kid playing in the yard in suburbia.”

That sentiment is echoed by research. “There are several studies out there,” says Dr. Catherine Brown, State Epidemiologist at the Massachusetts Department of Public Health (MDPH), “that suggest that most people who get Lyme disease probably got it in and around their own neighborhoods.”

Case in point: Lyme disease is on the rise among suburbanites. According to the CDC, there are an estimated 300,000 new cases of Lyme disease each year in the US, with about 67,000 of those in Massachusetts. That’s over 21 percent of all the new cases of Lyme in the entire country happening in Mass. Here’s the kicker: the CDC says only 30,000 of those nationwide cases every year are confirmed. That’s because doctors have to fill out complex forms to report Lyme cases to the government, and well, sometimes they don’t.

The Link Between Deer and Lyme Disease

Maybe the best proof that the deer population explosion is behind our current tick-borne epidemic is in the GIS data. The map below from MDFW shows towns with hunting restrictions in the state. Towns shown in orange ban hunting on public lands. Towns in yellow require landowner permission, while those in green have special restrictions hunters must check before sallying forth. The data is old — from 2003. Regulations are even tighter today.

Next, let’s compare that map with GIS data around Lyme disease. The map below shows the spread of confirmed Lyme cases in Mass between 2000 and 2008. The Lyme areas in red and orange match up almost perfectly with the map of hunting restrictions.

Not everyone agrees on the link between deer, blacklegged ticks, and Lyme disease. In the book, Lyme Disease, the Ecology of a Complex System, ecologist Dr. Richard Ostfeld argues that there’s no scientific evidence that Lyme risk and tick numbers sync up with deer populations. He also makes the case that more hunting won’t shrink our Lyme epidemic.

But Telford disagrees. In a 2017 article in the Journal of Integrated Pest Management, he points to several studies that show deer density is the only factor within our control that can lower Lyme risk. Moreover, the research demonstrates that returning deer density to pre-1994-levels would slash blacklegged tick numbers significantly.

What Can We Do?

In spite of the evidence, turning things around will be a challenge. Telford points out that it took 70 years for this problem to develop, so we can’t expect it to go away overnight. “We can’t go and chop down all the forests again,” he says. “We can’t prevent people from building on the land they own. And we certainly don’t want people to not use the forests and go out and enjoy nature.”

That leaves deer management as the only practical way to reduce the tick-borne disease risk long term. But will Mass voters acknowledge the problem, and will they take steps to solve it? They may not.

The map below shows hunting setback restrictions in Massachusetts in 2017. It’s evident that if anything, even more Mass forest has been closed to hunting in the past 14 years. That means our deer population problem — and the resulting tick and Lyme explosions, will probably get worse, not better.

One thing is clear: if we don’t manage deer in eastern Massachusetts, populations of deer and the ticks that feed on them will continue to grow. By inference, Lyme cases will likely keep skyrocketing too.

“We believe deer numbers will continue to rise in areas where there are major limitations to hunting,” Stainbrook says. “However, we are seeing that in some areas of Eastern Mass where there is adequate hunting access, we have been able to slow that growth and the forest health is much better.”

The best solution, Stainbrook says, is to work to get as much land open to hunting as possible before deer numbers rise too high. The town of Bolton, for example, opened up all their town land to hunting more than 15 years ago. “Now they don’t have the same level of deer issues neighboring towns do,” he says.

Telford concurs. “Any deer reduction effort,” he says, “ultimately comes down to trying to educate people about what needs to be done.”

Know Your Tick Diseases Lyme disease is only part of the problem. Here’s a rundown of the different tick-borne diseases on the rise in Massachusetts.

Spread by the Lone Star Tick