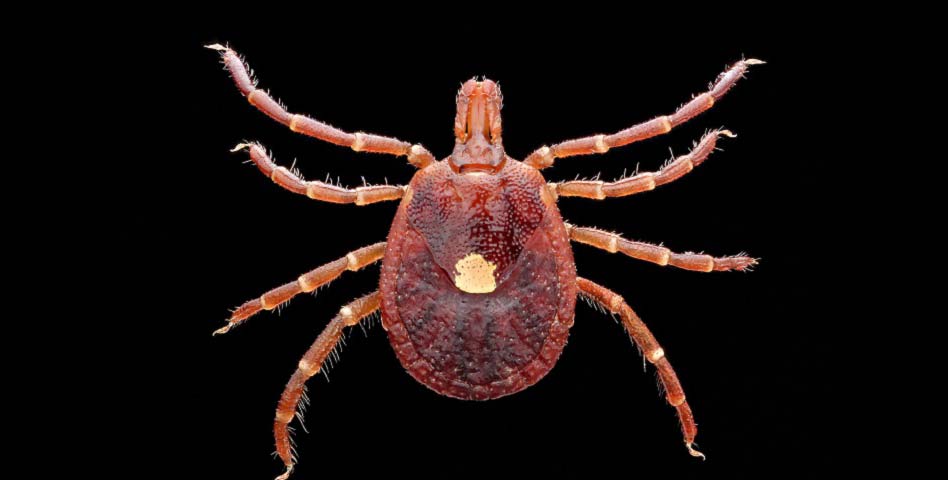 It’s mid-August and my dad, a buddy, and I are tucked into our layout blinds as another flock of Canada geese swings in low toward our spread. When they line up perfectly, I holler “Take’ em!” and we greedily get to shooting, dropping four birds out of the flock. We’ve already piled up about 15 geese by now, but the early-season limit here in North Dakota is a generous 15 birds per person.

Many hunters—many waterfowlers, even—would look at so many honkers with a tinge of reservation. Goose meat isn’t valued as much as, say, a venison backstrap or elk tenderloin. But to me, our growing pile of geese looks like a mound of gold. That’s because Canada goose is one of the few red meats I can eat without getting sick. I have Alpha-gal syndrome, a tick-borne illness that makes its victim allergic to any mammal-based food product. The disease is carried by the Lone Star tick, and it’s becoming more prevalent all around the country (more on that later). For hunters like me, contracting Alpha-gal means no more elk backstraps, no venison cheeseburgers—not even a fried squirrel leg.

“Get down and load up,” I holler, watching another flock of geese appear over the horizon. “Here come some more.”

I started getting sick in December. I’d get hit with a crippling stomachache that would start an hour or two after almost every meal. Sometimes I’d get sick enough to spend a few hours vomiting in the bathroom. Other times I’d feel a tightness in my chest and a rash of hives would break out on my skin.

After a few days of this, I went to a doctor who ran a series of blood tests (all fine) and an ultrasound of my gall bladder (also fine). After narrowing my diet to only chicken and rice, and more tests from my doctors, it became clear that I have Alpha-gal syndrome.

I did some research and learned my reactions are relatively mild on the spectrum of this condition. According to the Mayo Clinic, symptoms of an Alpha-gal allergy include: hives and itching, swelling of the lips, face, tongue and throat, wheezing or shortness of breath, runny nose, abdominal pain, diarrhea, nausea or vomiting, headaches, and anaphylaxis—a severe, potentially deadly allergic reaction that restricts breathing.

I read stories about Alpha-gal victims who were rushed to the emergency room as their entire body ballooned up, or others who passed out from throat swelling. I also learned that this is a relatively new condition: The meat allergy was first formally described in 2009, according to The New York Times Magazine. On its info page, the Centers of Disease Control doesn’t even confirm that the disease is actually transmitted by ticks. There is no cure. But I also found out that if I am not bitten by a carrier tick again, there’s a chance that my allergy could fade over time.

So I cut red meat out of my diet for the rest of the winter and spring. By mid-summer I summoned the courage to try a few slices of grilled venison backstrap. I was cooking the meat for my wife, but the sizzling cut looked and smelled too good to resist. So I gobbled down three thin, medium-rare slices—and waited. A few hours went by, and I felt fine. Progress.

The Tick Disease From Hell

So what is this allergic disease, exactly? And how are ticks transmitting it?

Technically, I’m allergic to a complex sugar called galactose-alpha-1,3-galactose, or Alpha-gal for short. The New York Times Magazine published an in-depth report in July on mammalian-meat allergy that explains how the allergic disease is spread. This is an excerpt from the Times report:

“When the lone-star tick feeds, alpha-gal leaks from its mouth into the wound, exposing the victim’s immune system to the sugar, prompting the immune system to remember and pursue alpha-gal. But exposure to alpha-gal alone probably doesn’t achieve this feat. [Dr. Scott] Commins, who is at the University of North Carolina, at Chapel Hill, has identified a candidate, an enzyme in the tick’s saliva called dipeptidyl-peptidase that works as an adjuvant. It’s also common in bee and wasp venom. This enzyme, Commins argues, is what tells your immune system to see alpha-gal as the type of threat that warrants the itching and swelling of the allergic response.”

Some researchers think it might not just be the Lone Star tick that spreads the disease.

“I think most of these allergic responses are due to the Lone Star tick, but that doesn’t account for problems that we’re having in Australia,” Commins says in a podcast on his website. “People that we know about in southern Sweden…have this same allergy, but they don’t have Lone Star ticks. So one of the myths… is that Lone Star ticks are the only cause, and that’s certainly not true.”

As tick numbers continue to grow around the country, researchers expect to see more Alpha-gal syndrome cases in even more locations.

A New Perspective on Wild Game

In some ways, contracting Alpha-gal disease is better if you’re a hunter. I have access to large quantities of wild duck and goose meat, which (when cared for and prepared properly) can be a killer substitute for red meat. Don’t believe me? Try this recipe for a sous-vide Christmas goose, this recipe for wild-duck ramen, or this tutorial on how to take your Canada goose cooking to the next level.

On the other hand, my predicament makes big-game hunting trickier. I’ve been a deer hunter since I was 12, and one of the things I’ve always loved about that is the freezer full of venison after a successful hunt. So am I going to take this deer season off? Hell no. Sure, I hunt deer for the meat, but even more so, I do it for the experience. I’ll fill my freezer with ducks and geese, and I’ll spend my deer season enjoying the hunt itself.

Plus, I’ve got a big extended family of wild-game eaters, plus some friends from the city who would love a few venison roasts and steaks. And there are all kinds of great venison donation programs that turn deer into food for folks who need it. One of the reasons that researchers believe ticks and tick-borne diseases are spreading is because of growing populations of whitetails (which carry breeding ticks) around urban and suburban areas. If I kill a couple deer in high-population areas and donate the meat to folks who need it, that’s my small way of helping reset the natural balance of things. Maybe it will even earn me some good karma with the deer gods.

I still consider myself a meat hunter, but this fall I’ll just be passing the meat along to someone else. And when I throw the next venison backstrap on the grill for my wife, I might even try four slices.