Learn to identify and steer clear of these dangerous snakes 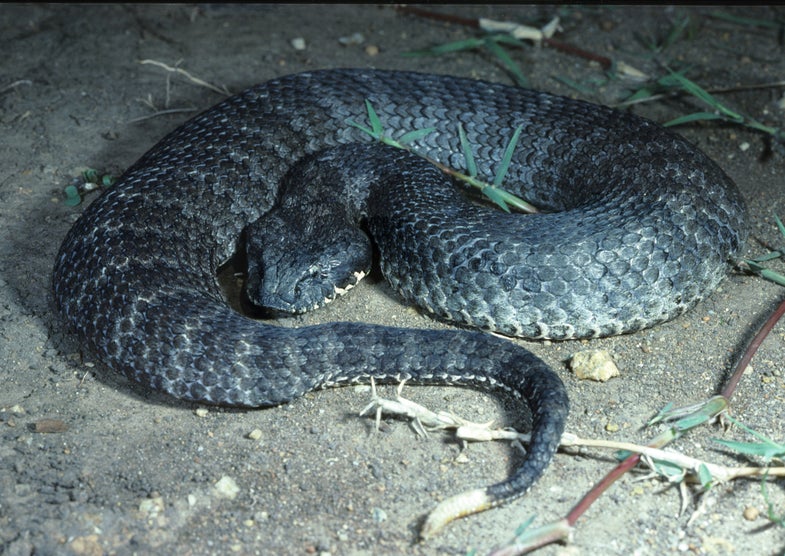 Venomous snakes, to me, are what I imagine grizzly bears to be to folks who don’t live in Alaska. Living up here, I can casually traipse through any patch of brush or grass without worrying about snakes. But, I’m always cautious in bear country. To people who live with these snakes, being aware and careful are just a part of life. Describing myself as scared of snakes wouldn’t really be accurate, but you can bet if I take a hunting trip somewhere, I’m going to know what’s there. If I were to correlate my destination hunting wish list with the notorious belly-crawlers of those regions, here is what I would come up with.

Australia has a lot of unique, albeit under-advertised hunting and fishing opportunities. My next thought, however, is that it’s home to a wide variety of venomous snakes. The “King Brown” snake is one of Australia’s most notorious. They have the largest recorded venom output of any snake in the world, up to 150mg per bite. If you make them mad, they will throw their heads from side to side while hissing loudly. If they bite, they also “bite savagely, even hanging on and chewing.” Thanks, but no thanks. Source: Australian Geographic

Heading to Central Asia to hunt any number of mountain sheep species is certainly on my bucket list, but adding snakes to the list of potential mountain hunting hazards is something I don’t normally have to consider. At less than 2 feet long, Halys Vipers are pint size, but deadly serpents that are found on high mountain slopes and rocky areas. A bite from one of these will result in headache, nausea, vomiting, abdominal pain, diarrhea, and respiratory distress, which is just what every sheep hunter wants to deal with in the backcountry. Source: Clinical Toxinology Resources

A snake that many hunters in the U.S. are familiar with, the Copperhead, is definitely one to be aware of when you’re out in the woods. They are said to be the “most likely to bite” snake in North America, which is just what I need to hear when traipsing through the timber. Their bite is rarely fatal, but I would be treading carefully, as a bite will definitely ruin a hunter’s day. These snakes rely on their good camouflage to remain unnoticed, so look before you sit down. Source: Live Science

There are two things I know for sure about Africa: there are a lot of hunting opportunities, and there are a lot of deadly snakes. The Puff Adder doesn’t get a lot of credit, but it’s one of the most common and widespread snakes on the Dark Continent, and is considered to be responsible for the majority of snake bite fatalities there. It’s a stocky viper, with a good coat of camouflage, and can be up to 75 inches long and 13 pounds. If you happen to irritate one, it will coil up and hiss at you, hence the name. Source: Snake Facts

Probably the most iconic venomous snake in North America, the Western Diamondback holds its own on any list of dangerous snakes. They can grow to over 7 feet long, and have the distinctive diamond pattern on their back. Although like many snakes, they feed primarily on rodents, and aren’t exceptionally aggressive, they are known to stand their ground when confronted. Their venom causes severe tissue damage, bleeding, and swelling, so hopefully you can calmly and quickly get medical attention if you are bitten. Source: Desert USA

If you are into phenomenal wing shooting, Argentina or Paraguay are probably on your destination list. To me, dove hunting and snakes don’t really go together, but they sure can down there. Various subspecies of the Painted Lancehead are found throughout central and South America, and these two countries are no exception. This snake is responsible for more than 80% of the snakebites in South America, and their bite results in massive tissue damage and can be fatal if untreated. They have a distinct trapezoidal pattern on their back, and if I ever go, I’ll be looking before I reach in my range bag sitting on the ground. Source: MDPI

Yet another infamous snake found in the southeastern U.S. is the Cottonmouth. As with many snakes, the real danger is probably more lore than reality, but that’s not an excuse to be sloppy. This amphibious snake is a subspecies of pit viper, and is just as at home in the water as on land. If you startle one, you’re likely to see them coil up and show their white mouth, and if you get bit, you might expect a lot of pain and internal bleeding, so get to the hospital, or risk losing your hand, foot, or portion of your rear end if you’re unlucky enough to catch it there. Source: Live Science

If there’s an African snake that instills anxiety more than any other, it would be the Black Mamba. They are widely considered the world’s deadliest snake, being nearly 100% fatal without immediate treatment. They vary in color, but are often brown. They get their name as several other snakes do, from the color of their mouth. They can reach lengths of 14 feet and slither faster than I can run. To top that off, they are nervous in nature, and very aggressive when threatened. An aggressive snake that I can’t outrun? Nope. Source: National Geographic

If you head down under on a hunting trip, you’ll also want to be on the lookout for the Common Death Adder. If the name doesn’t raise your attention, you’re more macho than me. They are found throughout a large portion of Australia, and bites are fatal about 50% of the time if left untreated. These are ambush predators, who lie still and wiggle their worm-like tail as a lure for unsuspecting critters. Unlike many snakes, they typically don’t flee from approaching humans crashing through the brush, but prefer to lie still. If you’re on a stalk, make sure you watch your step. Source: Australian Geographic

As with many dangerous critters, the Saw-Scaled Viper doesn’t get the attention it deserves as a deadly snake. It’s very widespread across the Middle-East, and also found in Africa. This snake kills more people than any other species of snake in the world. They are small, at 1 to 3 feet long, but they pack a punch. Step on one of these, and you can expect to get necrosis and blistering around the bite, as well as spontaneous systematic bleeding from the eyes and probably more areas that we don’t want to think about. Sources: NCBI (US National Library of Medicine) Britannica

Can’t get enough of these killer serpents? Check out our gallery on the deadliest snakes in the world.