Underwater Video Shows You What You’ve Been Missing 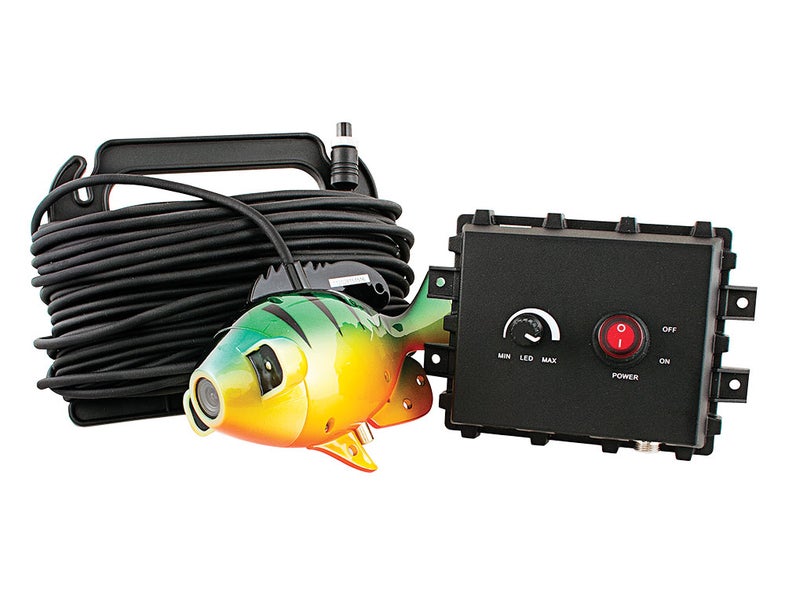 For a portion of the angling population, the beauty of fishing lies in its simplicity—a hook, a bobber, and a warm summer’s day by a lake is about as complicated as it ever needs to get. Then there are the rest of us. We want to learn fish secrets—all of them.

We gearheads also dream, mostly of fish-finder-screen fireworks. And that’s precisely what we were staring at while fishing Lake Superior’s Chequamegon Bay last summer. Our sounder was so loaded with arcs that I thought I had mistakenly hit simulator mode.

I wasn’t surprised when Jim Kalkofen hooked a big smallmouth on his first cast. But I was stumped when 20 minutes passed without another bite.

“I’m baffled,” Kalkofen said from the rear casting deck. “They’re so thick I thought we were going to smoke ’em.”

“I’ll drop a camera down and see what we’re up against,” I said.

As soon as the camera neared bottom, we spotted the rock and gravel we expected to see, but the critters finning around the boulders were not smallmouth bass. They were longnose suckers, and there were hundreds of them.

What Lies Beneath?
Underwater cameras? I can already hear the protestations. What is fishing coming to? Although recent high-tech advances in fish-finding technology have resulted in fast and accurate sonar readings with tack-sharp resolution, an increasing number of anglers are taking a page from the icefishing handbook and relying on underwater cameras to further help them catch fish in open water.

The devices, which cost from about $250 to $1,000 or more, work well in waters with decent clarity, and today’s displays are easy to view, even in direct sunlight. I use Aqua-Vu’s Multi-Vu HD underwater camera. It plugs directly into my sonar unit via the video-in port. Using the system is simple—drop the camera overboard, call it up on the sonar, and see what’s beneath the boat.

“Sonar is my main search tool because it’s easy to cover water fast,” he says. “But the camera answers important questions that I can’t get answered any other way. For example, when I find fish on a point but don’t find them on others that look essentially the same, I’ll go back to the one holding fish to see what’s down there. I look at grass, bottom color, and bottom content—basically anything that might explain why the fish are there. Then I look for those characteristics in other locations.”

Bottom transitions and composition are more important than many anglers realize. Clay and gravel both show up on sonar as hard bottom and are nearly impossible to distinguish without an underwater camera. The same is true with weeds. Stringy junk weeds have taken over many waters, often pushing out native species that fish usually prefer. In northern waters, for example, bass, walleyes, bluegills, and crappies love cabbage. The challenge is finding those isolated stands of cabbage in waters now dominated by Eurasian milfoil or curlyleaf pondweed. A camera makes the search easier. I usually deploy the camera and troll slowly along breaklines or over large flats until I locate cabbage beds, or key vegetation transitions. Then I drop a marker buoy or hit the waypoint button so that I can fish those places later.

Underwater video can end the guessing game and provide anglers with another effective fish-catching tool. Remember, though, that finding fish can often be a far cry from making them bite.