Stream access is a hot-button issue across the United States, but anglers in Utah are taking good cheer from a... 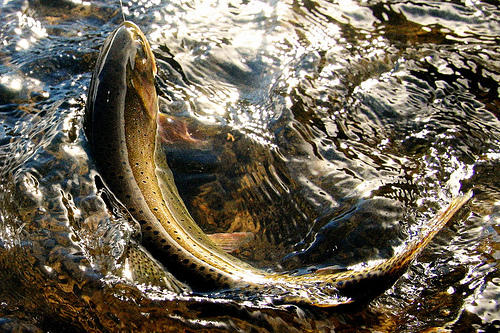 Stream access is a hot-button issue across the United States, but anglers in Utah are taking good cheer from a state Supreme Court ruling that guarantees public access to a portion of the Weber River – and could have broader impacts beyond.

The case focuses on a one-mile stretch of the Weber in Summit County, however observers say the legal precedent could have greater implications statewide.

The Utah Stream Access Coalition is challenging two different legal rulings in the Beehive State, one that impacts the Weber and the other the Provo River. Just before Thanksgiving, the Utah Supreme Court confirmed that the public could access the banks and bed of the Weber in the contested section. In short, the court agreed that the right of public use of that river was established back in the days when the river was used to float logs to a sawmill.

“Our rivers are part of our heritage, and have been useful to all Utahans since statehood,” Kris Olson, president of the USAC said in a written statement. “They are ‘gifts of providence,’ our natural resource, and now in the case of this stretch of the Weber, secured for future generations.”

The Utah high court has yet to rule on a broader, parallel lawsuit filed by USAC. That suit would shoot down a 2010 law passed by the Utah Legislature that gave landowners more leeway in posting river banks and river beds “no trespassing.”