It’s hard to fish without water – so river access is a top-of-mind issue for any angler. At the same... 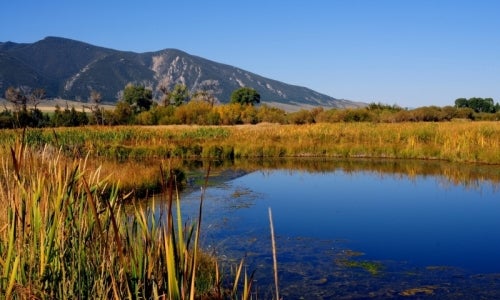 It’s hard to fish without water – so river access is a top-of-mind issue for any angler. At the same time, the rules governing access to America’s rivers are a jumble of regulations that vary from state to state and even within state boundaries.

Two recent court cases demonstrate how careful anglers must know the law – and how hard we have to fight to maintain our access rights. According to the Salt Lake City-based Deseret News, a district judge in Utah recently threw out a restrictive river access law in Utah, re-opening miles of rivers for anglers, but also potentially riling up streamside property owners.

In that case, the Utah Stream Access Coalition challenged a 2010 state law they said illegally restricted access to rivers that flow across private property. Critics of that law said it effectively shut the public off of 43 percent of Utah’s rivers, totaling some 2,700 miles. After a seven-year court battle, a district judge agreed with the coalition and threw out the law.

“The rivers and streams of our state are gifts of providence and the lifeblood of this arid land,” said coalition president Kris Olson. “Since before statehood, these rivers have been used by all, and we’re grateful that the court prevented that use from becoming exclusive to a privileged few.”

But don’t expect that issue to go away. The Utah Farm Bureau and others expressed dismay over the judge’s ruling, saying it impaired the rights of property owners. This squabble could live on either in the Utah Supreme Court or the Legislature.

Meanwhile in southwestern Montana, the group Public Land/Water Access celebrated a long-fought victory on the Ruby River. In Montana, the public is allowed access to rivers at public bridges. In 2004 the PL/WA sued the owner of a property along the Ruby River, a popular brown trout fishery, alleging he had illegally built fences at bridge crossings designed to keep people off the water.

PL/WA won a series of challenges and appeals. Over New Years, they celebrated as the deadline for further appeal to the Montana Supreme Court or the federal courts system had passed.

“There was always a chance for more appeals, and even the possibility of them trying to get it into the federal court system. But that’s all over now,” the PL/WA’s John Gibson told the website courthousenews.com. “This case points out that if you get involved in this stuff, you better be prepared for a long haul with lawyers, money, various appeals, and protests.”