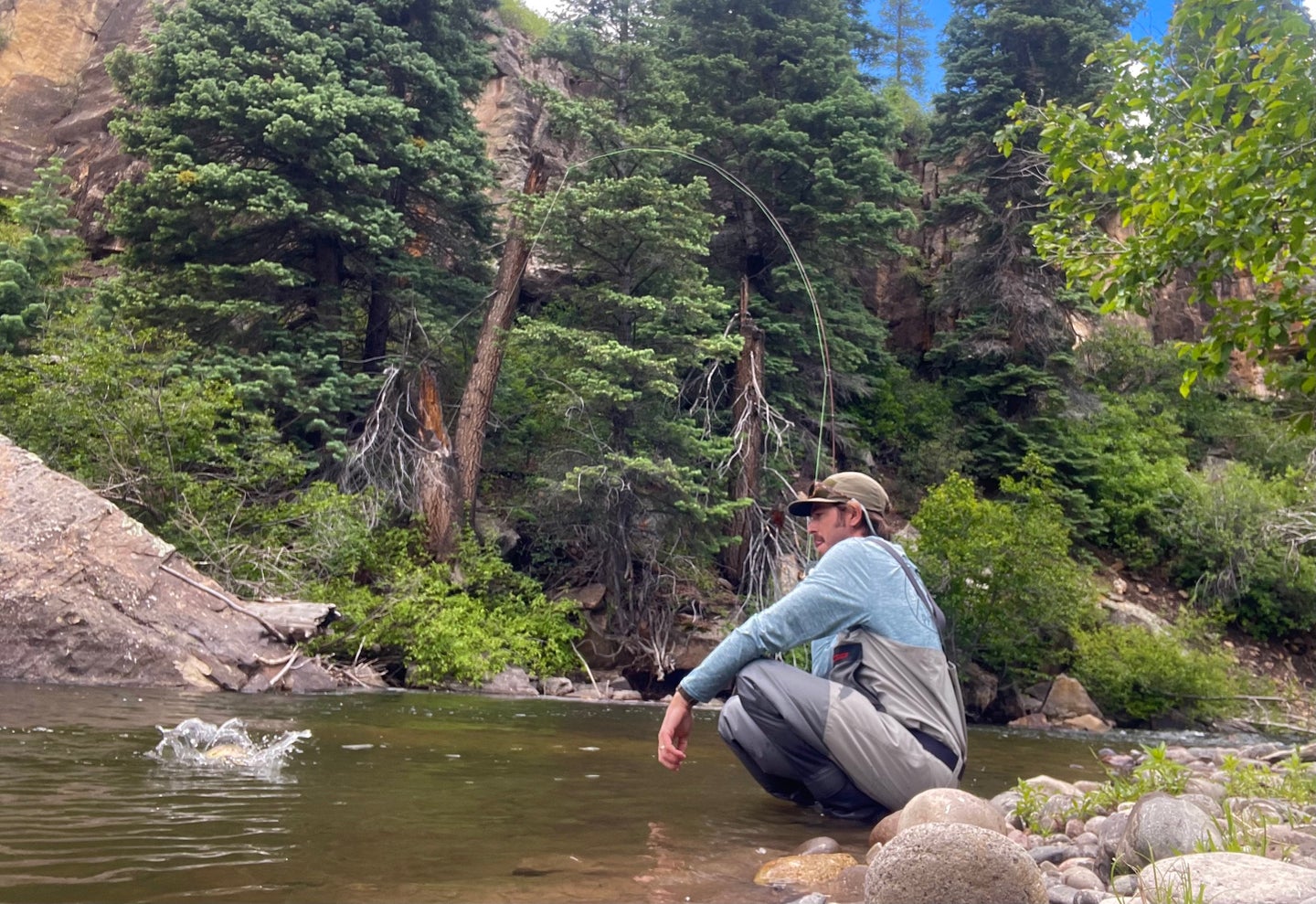 Today the New Mexico Supreme Court published its written opinion on a lawsuit regarding stream access in the state. It represents a decisive win for anglers and public access advocates in New Mexico, and it brings some clarity to a complex issue that has sparked similar legal battles in other Western states.

“This is a good day for fishermen,” says Ben Neary, the conservation director for the New Mexico Wildlife Federation, one of three petitioners in the lawsuit that was originally filed against the State Game Commission in 2020.

The court’s long-awaited opinion further clarifies its March 1 oral decision, which overturned a State Game Commission rule that allowed private landowners to exclude the public from streams flowing through their property. This unanimous decision, as many anglers interpreted it, effectively re-established the public’s constitutional right to wade and fish in these streams.

As we reported last month, however, private landowners and their supporters have argued in the time since that until the court released a written opinion, they maintained their view that wading and fishing in streams flowing through private property amounted to trespassing. We also learned first-hand that anglers lawfully fishing those streams were in a sort of legal limbo wherein they could still face intimidation and threats with little recourse.

Read Next: “I’d Have to Bury You Out Here.” The New Mexico Stream Access Battle Is Far From Over

The court’s issuance of a formal opinion on Sept. 1 officially closes the chapter on this period of uncertainty.

“We hold that the public has the right to recreate and fish in public waters,” the court wrote, “and that this right includes the privilege to do such acts as are reasonably necessary to effect the enjoyment of such right.”

The justices backed up their opinion with a 1945 state Supreme Court case that was—until now—the only case in state history that dealt directly with the stream access issue. They also cited the New Mexico State Constitution, which says that all streams and water bodies in New Mexico are public waters.

The court explained that the public’s right to fish and recreate in New Mexico streams has always superseded a private landowner’s right to exclude the public from privately owned streambeds. The justices stressed that as long as the public does not trespass on privately owned lands to access public water, they have every right to walk on and float over these streambeds in order to fish.

“We’re pleased with the formal opinion from the court, and we’re not surprised,” Neary says. “It’s a pretty clear endorsement of what they said back in March, and a repetition of what the supreme court said in its 1945 Red River decision.”

Neary also made the important point that the state Supreme Court’s decision does not give the public any new rights, but instead restores a right that was taken away from the public generations ago.

“Today’s ruling makes it very plain that the public has a right to recreate and fish in these waters. But this is nothing new,” he says. “We’re reclaiming something that we should have had all along. We’re just taking back what’s always been ours.”