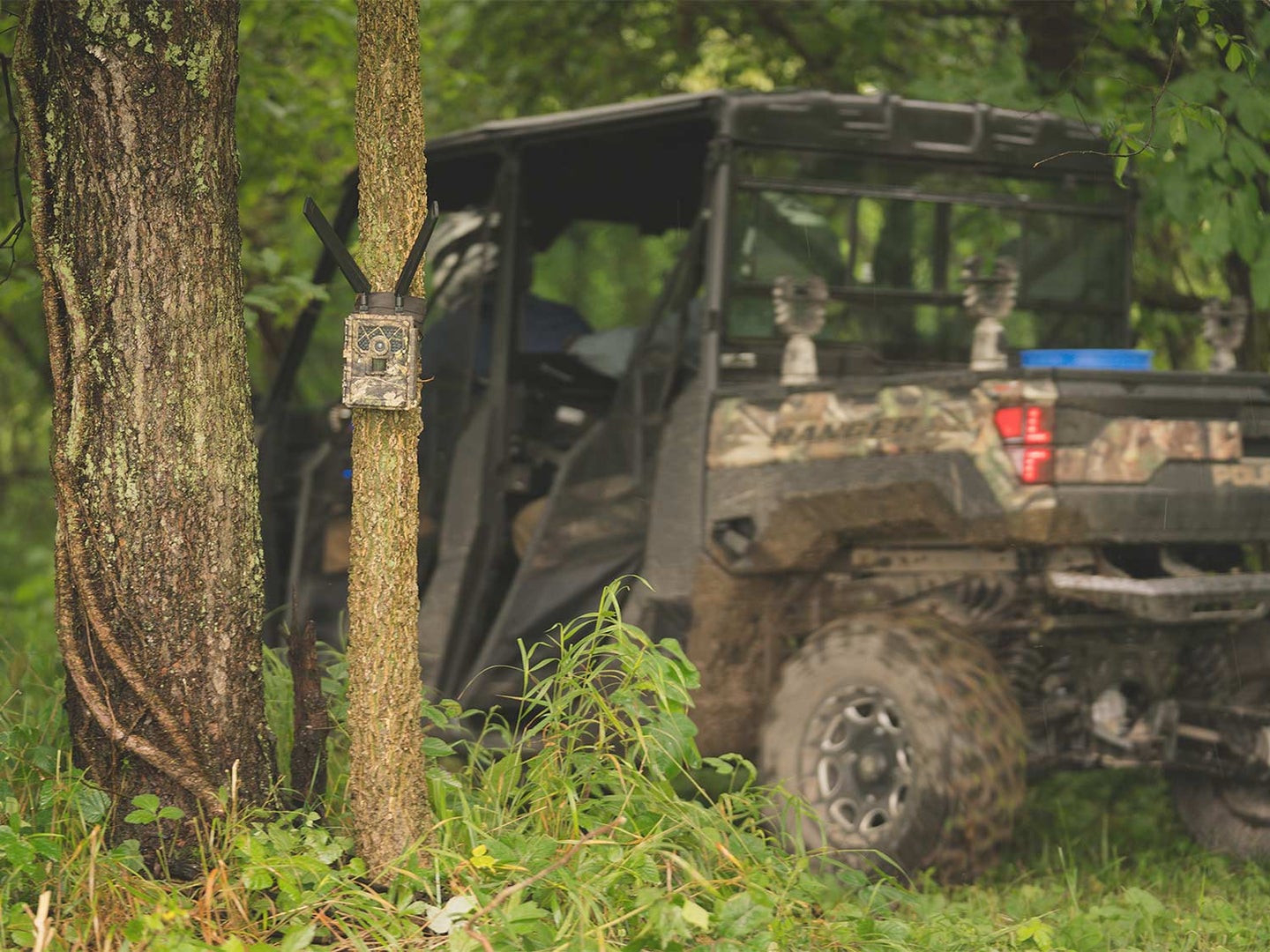 Editor’s Note: This is part 3 of a 9-part Respect the Game series on habitat improvement, whitetail management, and the tradition of deer hunting. We’ve partnered with Polaris to tell the story of the world-record buck, and the group of buddies who worked together to hunt the deer last fall. Stay tuned for more tips, stories, and videos from this series.

Trail cams are…wait for it…cameras. Yes, the same device found in the phone you’re likely using to read this is also found in trail cams. So let’s talk selfies.

I know you’ve posted more than your share of I’m-deer-hunting-but-trying-to-look-like-I’m-not taking-my-own-photo pics on social media. You’ve shown off your face paint, your bow, your boots, your rifle, and, occasionally, a dead critter. Even if you don’t consider yourself any kind of photographer, odds are pretty good that you can take a decent cell phone photo. If nothing else, you’ve taken a photo, looked at it, and took a new shot based on the lackluster results of the previous effort. To fix the issue, you’ve probably moved closer to the subject, turned on the flash or found an angle that kept the sun from shining directly in the lens. Well, all those selfie lessons can pay off in the woods. The things that make for a great cellphone pic (and photo in general) are the same ones that apply to quality trail camera images.

Lighting makes or breaks any photo, and trail cam pics aren’t immune to that golden rule. You don’t have to make this complicated. Light driving directly into the lens is a bad thing. Now, apply that to the woods. Where does the sun rise? Where does it set? And when are deer most active?

Dawn and dusk are prime movement times and that’s also when you know exactly where the sun will be when those deer are moving. So don’t face cameras east or west. Instead, point them north or south. This will ensure that you aren’t getting backlit, overblown photos at key movement periods.

Taking this a bit further, try to place your cameras where you don’t have to deal with glaring sunlight from any angle. This typically means running them in the timber. Obviously, field edges are prime photo locations, but locating primary trails leading to and from those fields and then placing cameras inside cover can yield photos with minimal lighting issues.

2. Stop Deer in Their Tracks

Of course, placing cameras along trails can introduce a new challenge. How can you ensure you capture clear, sharp images of deer that pass by?

Walking deer in daylight are seldom a problem. But even cameras with the fastest trigger speed will struggle to keep up with multiple deer passing in quick succession on a trail. A note on specs: Trigger speed is not the same thing as recovery time. A camera may be able to activate with a half-second of detecting motion, but if it takes 8-10 seconds to be ready to fire another image, that camera will absolutely miss bucks that are trailing closely behind does as they pass by.

To combat this, employ a multi-image setting (most cameras offer this option) that fires multiple shots at one trigger event. Better yet, figure out a way to stop the deer in a defined location along the trail. Mineral sites (where legal) are excellent for this, as are mock scrapes.

It seems logical to place your camera straight on to capture deer on their level. That’s also a great way to end up with photos that cut off the heads of bucks or only capture portions of antlers if the buck happens to have its head down when the camera triggers.

Here’s a better solution: Place the camera at your head height. Wedge a stick or some sort of spacer behind the top of the camera and shoot at a downward angle. This will not only help keep more of the deer in the frame, but it also gives a pretty cool perspective to your images.

Roughly speaking, cameras measure image quality in megapixels. The takeaway for you is that cameras featuring the ability to capture higher megapixel images are generally able to produce higher quality images.

Those larger megapixel images make it possible to zoom in on captured photos and discern more detail without loss in definition than when using smaller megapixel options.

But don’t be fooled by marketing hype. Many companies that advertise 18 megapixels for their cameras aren’t actually making cameras that produce higher quality images. The only way to tell if a trail camera is capable of taking quality images is by evaluating sample photos from that model before you buy it.

Read Next: Why You Need a Soil Test Before Planting Your Next Food Plot

Getting great deer pictures is exciting, but let’s not forget: The whole point of this is to gain intel on the bucks you’re getting photos of…and then eventually hang a tag on one or two of them come fall. You don’t want to set a camera in a buck’s core area, only to blow that buck off the property while checking the camera a week before the season.

So plan on checking your cameras during midday hours when deer are likely bedded. Also, if deer on the property are accustomed to tractors, trucks, quads, or UTVs, use one to access your cams. Bumping a buck with a UTV might cause him to leave a field and slip into a wood lot, but walking up on a buck in his bedding area will likely blow him out of the county.