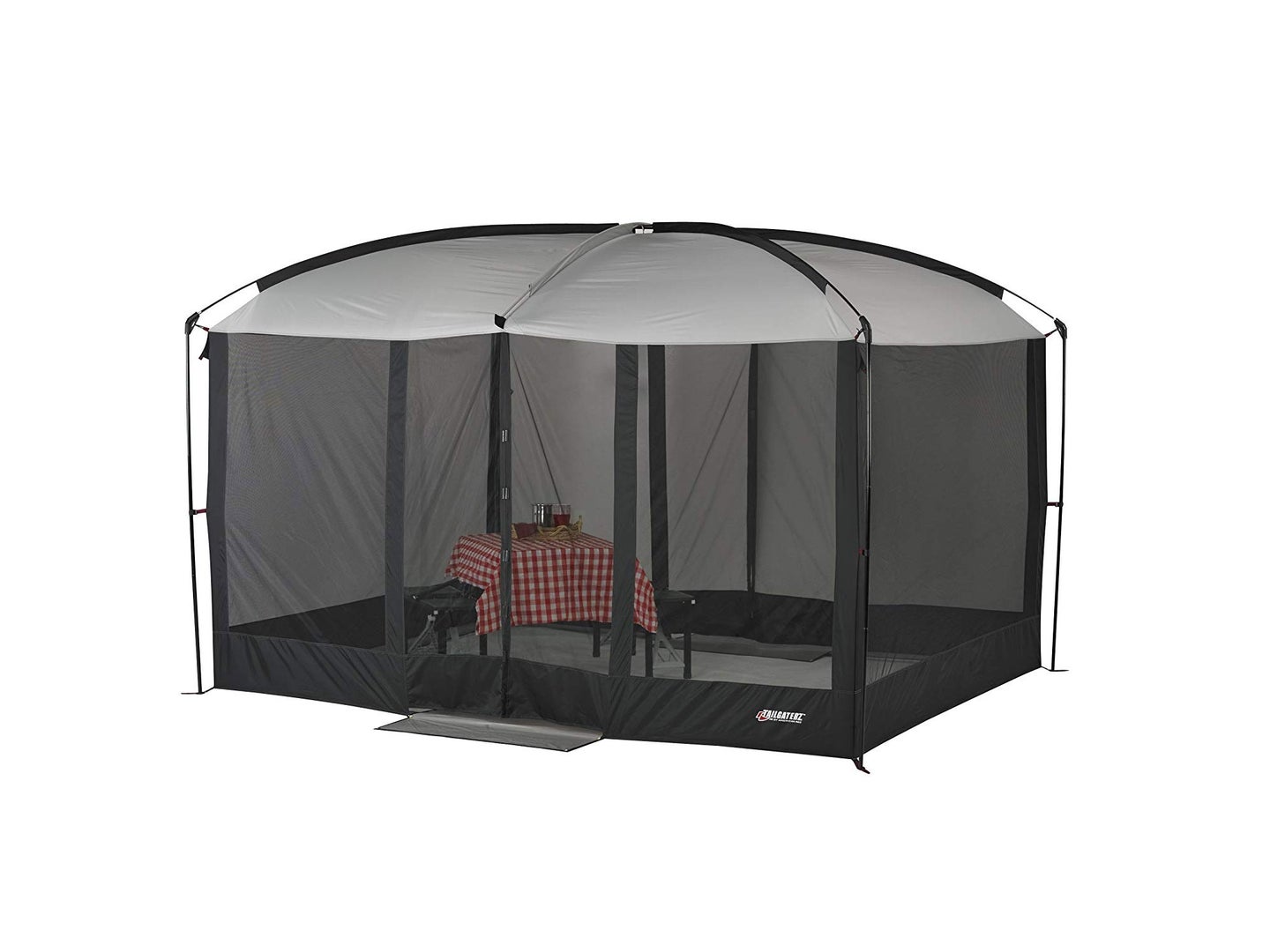 This choice has a durable fiberglass frame, which is simple to take with you but strong once installed. Tailgaterz
SHARE

Nothing ruins a day outdoors faster than being attacked by flying, biting insects. No matter the species, they all have a way of turning an otherwise memorable evening into a miserable bloodletting. A screen house for camp, the beach, or even the backyard can turn an inhospitable location into a glorious setting insulated from three of the most common winged pests.

Horseflies belong to a broad category of nuisances in the order Diptera, which also includes common house flies, deer files, and the rest of their hundred-eyed kin. But horseflies pack the biggest wallop, often drawing a wheal worthy of a hornet. Regrettably, they are found worldwide. Fun facts: Horseflies always take off in an upward direction to escape confinement. That’s why commercial horsefly traps, or Manitoba traps as they are called, have their capture jar at the upper end, into which the horsefly must inevitably crawl to its well-deserved death. Also, only female horseflies bite humans.

West Nile virus, Zika, yellow fever, malaria, dengue fever, and a host of other transmissible hazards make the common mosquito the king of outdoor pests. They literally suck, and their saliva causes almost instantaneous itching. As measured by average annual deaths (700,000), mosquitoes are the deadliest animal on the planet. Fun fact: Some people are more susceptible to mosquito bites than others. An individual’s vulnerability can be a function of blood type and other factors, like the amount of lactic acid in their blood.

Pound for pound, the no-see-um, or biting midge, may be the worst of the lot. At only 1 to 3 millimeters in length, you don’t really see them coming until it’s too late. They can be especially obnoxious in coastal environments and demonstrate a particular disdain for your long walks on the beach at sunset.