Best Bug Spray: Say Bye to Insects and Bites with our Picks

Don’t spend your precious time swatting away bugs and scratching bites. Here’s how to find the best bug sprays for you, and some top picks. 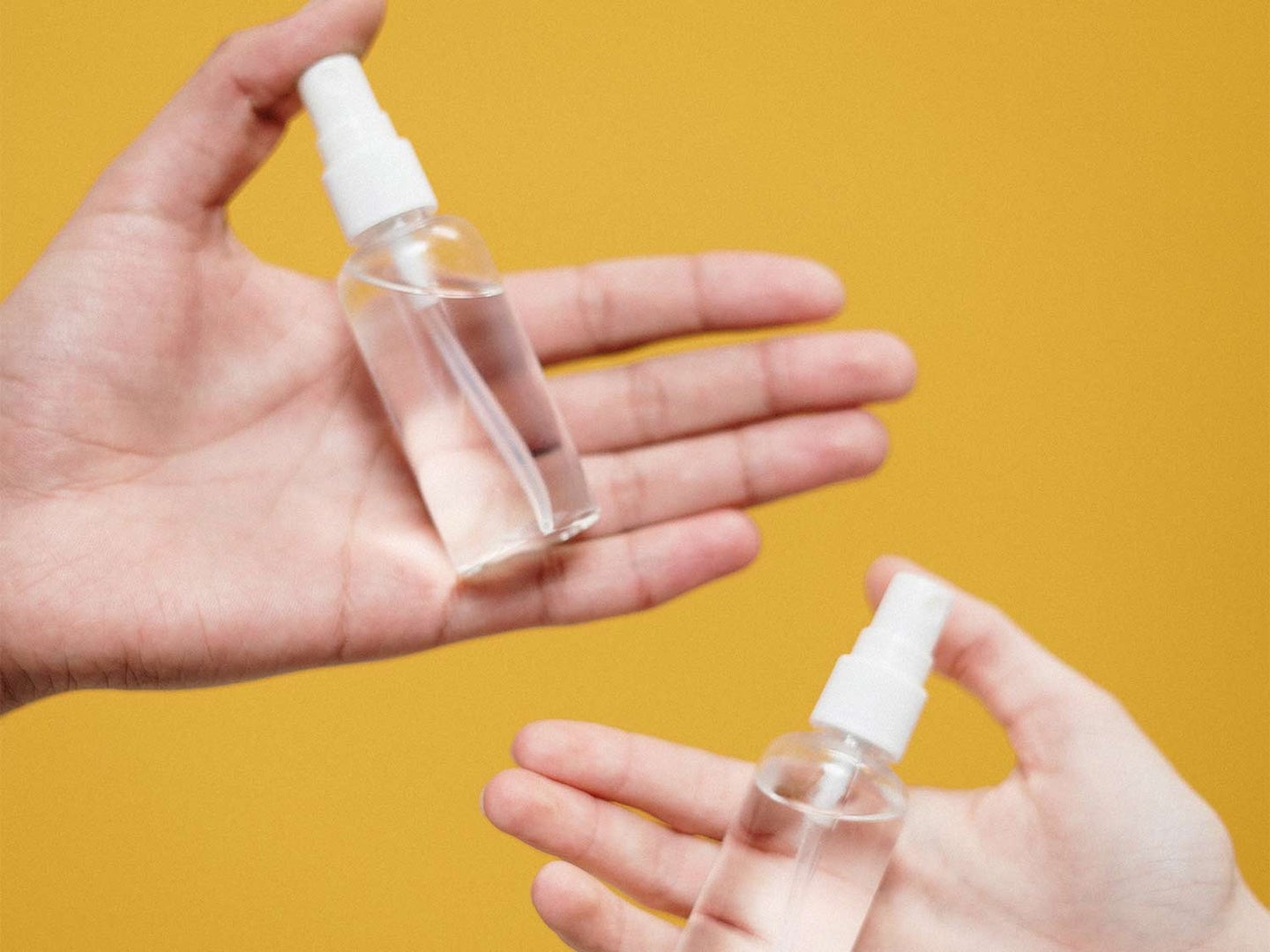 Having a good bug spray on hand is essential for fending off itchy bug bites and disease. cottonbro / Pexels
SHARE

If you’ve ever zipped yourself into a tent with a hoard of mosquitos or found your legs bitten up by no-see-ums, we share your pain. The buzzing and biting can ruin even the most pristine outing or campout. But it’s not just the inconvenience that makes us want to swat away the bugs—it’s the risk of disease. Unfortunately, mosquito bites can transmit infections such as Zika, West Nile virus, and malaria. And itchy bites from any bug can get infected if you scratch them and introduce bacteria into the skin. Make going outside enjoyable again with the best bug spray

Below we’ve listed some of our favorite bug repellent products for keeping different kinds of irritating buggers at bay. But if you want to shop for yourself, know that picking the best bug spray comes down to asking yourself a few simple questions: What active ingredient do you want? Who’s it for? And what bugs will it work on?

Things to consider when shopping for the best bug spray

The first thing to think about when shopping for bug spray is active ingredients: DEET is the most well-known, and arguably the most effective mosquito repellent around. It’s considered quite safe for humans when used as directed, but some folks don’t want to expose themselves or their families to it. In those cases there are other insect-repelling compounds to look for, such as OLE/PMD (more about these compounds in a moment). While there are other forms of mosquito control out there—including candles, incense, and electronic bug zappers—if you’re going to be in an area with known mosquito-borne illnesses or will be exposed to mosquitos for more than an hour, the most effective way to prevent bites is with a repellent applied right on your skin.

DEET, or no DEET bug spray?

DEET is the main ingredient in most traditional bug sprays meant to repel mosquitos. It’s so widespread that one-third of Americans use DEET each year to protect themselves against ticks and mosquitos, according to the Environmental Protection Agency.

Contrary to popular belief, DEET doesn’t actually kill mosquitos—it just makes our flesh less appetizing to them. DEET makes it harder for mosquitos to be able to smell us. Different concentrations make it more or less effective. The higher the concentration, the longer the product will last on your skin. The Centers for Disease Control (CDC) recommend using lotions and sprays that contain at least 20 percent DEET, but no more than 50—however, some formulas have 100 percent concentration.

This DEET bug spray now boasts a powder-dry formula, so you don’t have to deal with sticky or oily residue that comes standard with most repellents. The aerosol spray is purported to last up to eight hours.

Some people prefer to avoid DEET bug spray, whether it’s because they want a mild bug repellent suitable for kids or because they prefer using plant-derived products in general. Some people also experience mild skin sensitivity when using DEET.

If you’re looking for a greener alternative when shopping for the best bug spray, oil of lemon eucalyptus (OLE) may be your best bet. Not to be confused with the essential oil of the same name, OLE is derived from the gum eucalyptus tree. Backed by the CDC as a mosquito repellent (it doesn’t work on ticks), OLE may also be written in the ingredients list as para-menthane-3,8-diol (PMD). OLE is enriched to contain PMD as an active ingredient—PMD can be made in a lab.

Other essential oils, such as citronella and peppermint, are sometimes marketed as bug repellents, but they have not undergone testing to prove their efficacy or safety. Again, you may find self-proclaimed insect repellents that contain lemon eucalyptus essential oil—note that this is different from OLE and has not been recommended by the CDC.

Another thing to keep in mind when using natural bug repellent is that you will need to reapply more often than the stronger formulas. It is not recommended to use OLE products on children under three years old.

If you’re worried about the lasting power of your natural bug repellent, this natural bug spray claims to last a full six hours, similar to some DEET formulas. It also smells more like eucalyptus than harsh chemicals, which is a welcome relief.

There are few sensations worse than inhaling a mouthful of bug spray, or being coated in an oily residue. That’s why people reach for wearable bug repellents, such as bracelets or clip-on devices. Some work better than others. Most wristbands and bracelets are labeled DEET-free and use some of the natural alternatives listed above—but they’re usually the essential oils that have yet to be tested for effectiveness. Most experts say they provide very minimal, short-term protection.

Luckily for the spray-averse, some of the clip-on fans do work, though not as well as their aerosol counterparts. Clip-on fans use a nebulizer and fan to circulate bug-repelling ingredients in the air, providing great insect control.

This OFF clip on fan includes a wearable fan, AAA batteries, and a mosquito repellent cartridge that emits metofluthrin, a type of pyrethrin made from chrysanthemum flowers. It also comes with a refill to change within two weeks of opening.

Because so many bug spray ingredients can’t be used on children under a certain age, but you want your kids to experience the great outdoors, it may feel overwhelming finding a viable child-friendly bug repellent. There’s one new ingredient on the market that seems promising though, and that’s picaridin.

A synthetic compound first developed in the 1980s, picaridin was made to resemble piperine, a natural component of black pepper. It’s been used in bug repellents in Europe and Australia for many years, but only came to the U.S. in 2005. So far, it has few known side effects and can be used on children as young as six months. Picaridin is made to repel mosquitos, flies, ticks, chiggers, and gnats.

This non-greasy, fragrance-free bug spray for kids claims to repel ticks, fleas, gnats, chiggers, and fleas for up to eight hours. The brand recommends using the lotion for 14-hour mosquito protection, and misting the spray on clothes to repel skeeters for up to 12 hours.

What about those sneaky no-see-ums?

No-see-ums are tiny pests made even pestier by their miniscule size. They breed near stagnant waters and are usually the reason for the little red bumps that appear on your legs after you’ve been in tall grass or in the sand. They often get confused with mosquitos, but are much smaller.

Most DEET-infused and other universal repellents will work as best bug sprays for no-see-ums. As is the case with any other type of bug, natural bug sprays may be less effective in warding off those angry red welts.

The active ingredient in this formula is DEET, and it’s incredibly potent, at 98.11% concentration. This is great for heavily insect-filled outings and persistent bugs like no-see-ums. (But remember to never use DEET on infants. And for kids, stick to less potent formulas, with 10 to 30 percent concentrations.) This insect repellent is low-odor, non-greasy, and can withstand some water.

The shelves of products in the bug spray aisle (or the rows of Internet display results) may seem overwhelming, but we’ve narrowed down the best bug spray brands to keep an eye on.

Off! was the first aerosol insect repellent, sold in 1957 by S.C. Johnson & SOn. It was originally produced in Finland. Prior to the spray’s existence, people doused their clothes, their walls, and even their pets with an ingredient called DDT. DDT was banned in the U.S. in 1972 after it was found it caused birds to lay eggs with brittle shells. The shells broke easily, causing bird populations to decline.

Repel is trademarked by United Industries, a subsidiary of Spectrum Brands. United Industries is home of some of the top home pest control companies, such as Spectracise, Black Flag, Hot Shot, and Garden Safe.

The most effective form of bug spray may be DEET, but that doesn’t mean you don’t have other options. If you’re going the milder route, look for OLE (not lemon eucalyptus essential oil) or picaridin. Remember that DEET is considered safe for children, though it’s sometimes recommended to use concentrations under 30%, and that OLE is not suitable for kids under three.