Even if you're dying of thirst, a sip of raw water could still kill you 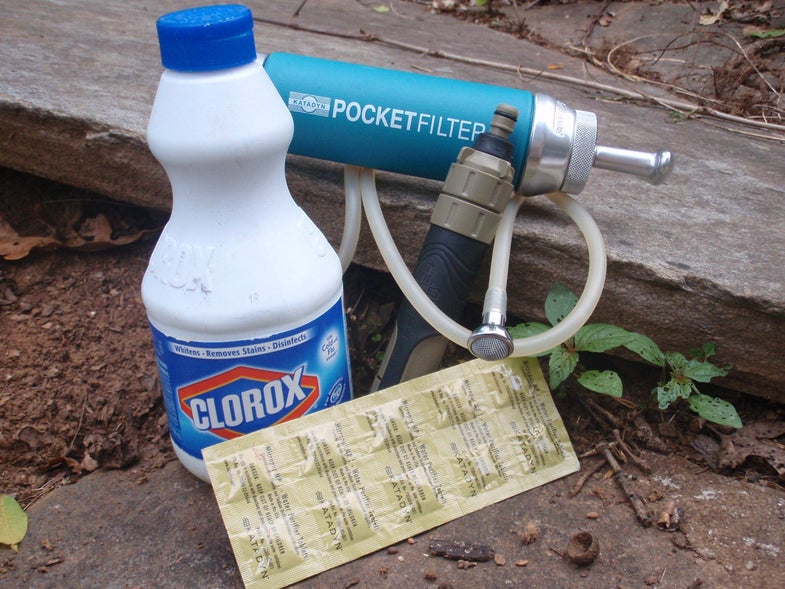 Never drink water in the outdoors without purifying it first. Tim MacWelch
SHARE

Safe drinking water can make or break an emergency situation. And contrary to many survival TV shows, it’s never wise to drink raw water from sources in the wild. Numerous pathogens can taint the water supply anywhere. Sure, a sip of raw water from a mountain stream may not seem that dangerous, but that sip can cause serious harm or even death, if consumed without treating it. Here’s why we need to disinfect all raw water before drinking it.

These are the smallest of all pathogens, and there are more than 100 known viruses that are transmissible to humans through drinking water. These organisms range in size from 0.03 to 0.1 micron (micrometers). That’s small enough to enter and infect bacteria! Waterborne viral diseases include rotavirus, enterovirus, norovirus, and hepatitis A.

Bacteria are common organisms in surface water. Pathogenic bacteria often enter waterways through dead animals in the water, and through animal and human feces, though plenty are also naturally occurring in surface water. Bacteria sizes range from 0.5 to 2 micrometers. Disease-causing bacteria that can be transmitted by water include Vibrio cholerae, Salmonella spp., Campylobacter spp., Shigella spp., and Staphylococcus aureus.

Cryptosporidium parvum and Giardia lamblia are the most common protozoa pathogens in raw water. They form thick walled oocysts and cysts (shells) that allow them to survive in have conditions and even resist disinfectants like chlorine. Cryptosporidium oocysts are small, in the range of four to six micrometers, while Giardia cysts are larger, ranging in size from 10 to 15 micrometers.

In simple (and creepy) terms, these are parasitic worms you can contract by drinking dirty water. Depending on the species and its life cycle, numerous helminths can be found in ground water. Some of these animals spend part of their life in freshwater snails, while other worms can be found in water tainted with feces from an infected animal or person. Ready for a drink now?

Don’t give up on water as your most important beverage. Boiling the water for 5-10 minutes will kill any of the organisms listed above. What concerns you about your local waterways and water sources? Please let us know by leaving a comment.