Road kill is a depressing by-product of our modern high speed travel. But it doesn’t have to mean that every... 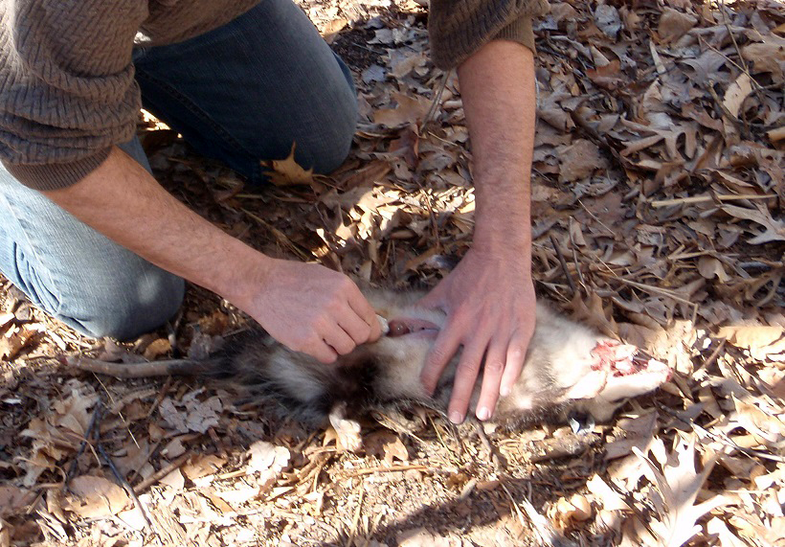 Road kill is a depressing by-product of our modern high speed travel. But it doesn’t have to mean that every animal died in vain. I’m not alone in my collection and use of vehicle killed game. It’s a common practice to collect road kill in some areas, but if this is a new territory for you, consider these tips to assess a deceased animal—along with some drawbacks and benefits of messing with car-killed critters.

Start with safety! You don’t want to become road kill yourself. Stop your vehicle behind the animal, but off the road. Put your hazards on. Cautiously walk toward the animal—it may still be alive. The eye is the first thing that I check. If it’s open and doesn’t move, I will prod the animal a bit and look for signs of life. If none are present, I’ll poke a stick at the animal’s eye. If the eye doesn’t twitch, it’s dead. Now we assess for the condition.

If the beast looks extra fat (i.e. bloated) and the hair comes out in big clumps when you tug at it: Leave it where it lies. That’s some expired meat. But if the weather is cold, and the animal is still warm, then you have a fresh kill. Treat it like it was just shot.

Even if it’s a cold animal, if the eyes are shiny, the limbs aren’t stiff yet, and/or the blood is still bright red, you still probably have a fresh one. Once you decide that it’s in good condition, you’ll have to weigh the pros and cons of collecting it.

The Cons of Roadkill

First, let’s tackle the negative side of roadkill. Foremost is the issue of legality. In some states and counties, it may not be legal to collect road kill. You’ll have to find out the particulars for your locality before you start scooping up dead animals. You may be required to get a tag first, or it may be okay to collect the animal and then take it to a game check station, or it may not be a legal activity – ever.

A second negative issue is the animal’s health. Unless it was just cracked over the skull with a bumper, it will usually have a lot of damage (especially smaller animals). This damage makes it hard to assess the animal’s appearance and health. You won’t know if it was acting out of character (sign of rabies), or exhibiting other behavioral anomalies (like a failure to groom itself). Finally, you’ll be the recipient of now-homeless fleas and ticks. As the animal’s temperature drops, fleas and unattached ticks will abandon the cooling carcass like rats jumping from a sinking ship. And they’ll try to reach the nearest warm thing (you).

The Pros of Roadkill

The pros are more numerous than you might think. If the animal is fresh and in good condition, you now have useable meat. I’m certainly not too proud to eat it. It doesn’t much matter if it was killed by a Hornady or a Honda—it’s still meat for your hungry family.

Another pro is that you can collect nice furs and pelts. If the animal wasn’t destroyed in the vehicle strike, you may have a beautiful hide without a single hole in it. And finally, you are taking something that is a shame to waste and making it into something useful. You’re even removing the animal from the roadside, which could endanger further animals as they scavenge.

And don’t feel bad for the bottom feeders, they’ll still get their share. Bones, guts, and mangled meat will still find their way back into the food chain as you set them out on the landscape after field dressing and butchering. Some say that a real sportsman wouldn’t bother with road kill, but I’d say that it’s more in keeping with a real sportsman’s ethics to ensure that nothing goes to waste.

Do you wrangle road kill? Tell us what you’ve found (or passed) by leaving a comment.