Panic is the state of being terrified to the point of thoughtless behavior, but each person’s version of “thoughtless” can... 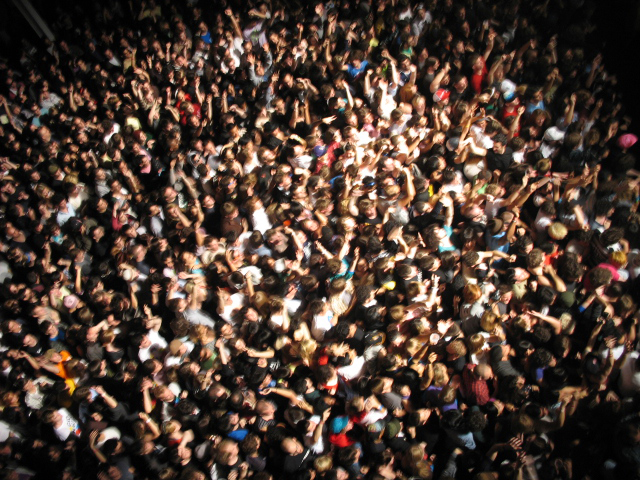 Panic is the state of being terrified to the point of thoughtless behavior, but each person’s version of “thoughtless” can be very different. Some people freeze and stand still. Others take off running and screaming. If enough people start running for any reason, they can initiate a “mass flight” of frightened people.

Should you find yourself in a panicked crowd that’s running, you’re certainly at risk of getting trampled—if not worse. In the wake of terrorist attacks in Paris and now Brussels, some are sadly remarking that events like these are the “new normal” for our world. And in this new paradigm, it’s more important than ever to know how to get clear of a panicked crowd. Whether you’d be fleeing civil unrest or the aftermath of some kind of terrorist attack, here are a few tricks you can use to get out of harm’s way.

1. Reach Cover
If you can’t keep up with the crowd, or you deem it necessary to take cover, find some kind of substantial and immovable protection to hide behind: a large tree, a utility pole, a structural pillar, a wall or a vehicle.

2. Keep Moving
You don’t want to fight against a human stampede. Stay on your feet and conserve your energy (don’t resist the movement). Keep your arms and hands near your chest so you can create a little space around you, and work your way out of the crowd.

3. Find a Hidden Exit
Dealing with a panic stricken crown in tight quarters is a very dangerous scenario. If things get scary, stay calm and look for an unorthodox exit that is not packed with people. Stores and other businesses almost always have a back exit. Make your way to one of those if you can.

4. Avoid the Choke Points
Don’t get pressed up against locked, stuck, or constricted exit doors. Frightened mobs have crushed people to death, when the pressing them against unyielding exits or narrowing openings.

5. Find The Edges
If you do find yourself in the middle of a panicked crowd, make your way to the edges where the press of people is thinner – being very careful not to get pushed up against a wall or fence where you could be trapped or even crushed by the press of the crowd.

Have you been in a dangerous or frightened crowd? Tell us your story by leaving a comment.