5 Things Sportsmen Need to Know About the Upcoming Farm Bill

The bill is the single largest federal source of conservation funding 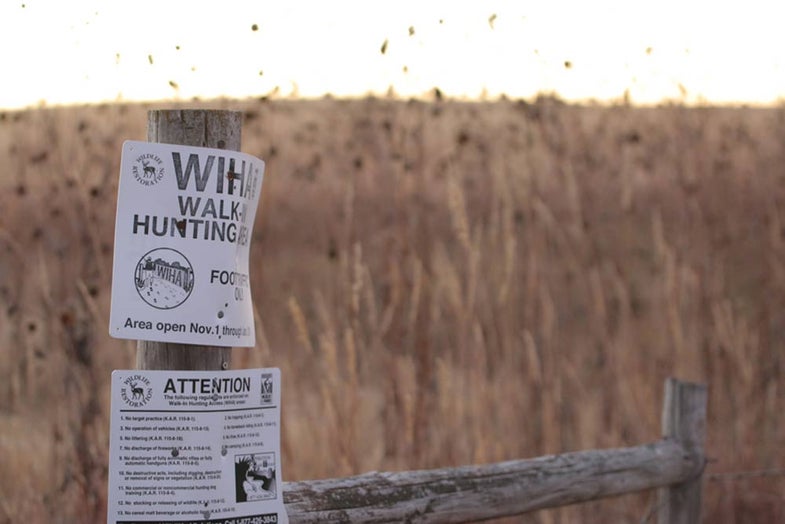 Funding for walk-in hunting areas is supported in part by the Farm Bill.. Pheasants Forever
SHARE

One of the nation’s largest sources of funding for fish and wildlife habitat is being negotiated this year in Washington, D.C., and hunters and anglers have an important role to play. The federal Farm Bill contains billions of dollars in annual spending for conservation programs, especially targeting private agricultural lands in the Midwest, South, and Great Plains. These programs are carried out by the U.S. Department of Agriculture (USDA).

Here’s what you need to know about this year’s Farm Bill.

1) The clock is ticking

The current Farm Bill, passed in 2014, expires in September. Last week, President Trump’s administration entered the policy discussion by releasing its proposed budget for the coming year. The Trump Administration’s budget calls for a 16 percent reduction in USDA spending, including large cuts or elimination of many conservation programs.

Congress, however, has the responsibility of deciding what will be included in the next Farm Bill’s program priorities and budgets. Senators and representatives have already begun writing it. They have held numerous hearings, both in Washington and in communities throughout the country. House agriculture committee chairman Mike Conway hopes the new Farm Bill will be introduced in March. If a bill is not passed by September, Congress is likely to extend the current programs and spending until a new bill can be negotiated.

2) It’s not just about food stamps and crop insurance

While the vast majority of the Farm Bill’s funding is spent on nutrition, support for farmers, rural economic development, food inspections, and research, seven percent of the budget funds USDA conservation programs. While that might seem like a small percentage, USDA paid out $5.6 billion in 2017 through a variety of conservation programs.

“Hunters and anglers are fierce stewards of public lands, but it may surprise some to learn that the Farm Bill represents the single largest federal source of conservation funding,” said Whit Fosburgh, president and CEO of the Theodore Roosevelt Conservation Partnership (TRCP).

“[It] makes a major impact on the habitat and hunting and angling opportunities in communities that are a patchwork of farms, ranches, and family-owned forests,” Fosburgh said. “With 70 percent of the country made up of private lands, it’s irresponsible NOT to know or care about the Farm Bill. It makes walk-in access possible, provides assistance to landowners who want to limit toxic runoff into our waterways, and helps to boost habitat for deer, turkeys, pheasants, and other critters we care about.”

There are a variety of Farm Bill programs that impact wildlife habitat and sportsmen’s access. Some of them you’ve probably heard of, some of them are a little more obscure:

A major focus of the conservation community during the 2018 Farm Bill debate is likely to focus on the budget and impact of CRP. CRP Works is a collaborative effort that includes Pheasants Forever, Ducks Unlimited, the National Deer Alliance, the National Wildlife Federation, and many other organizations. The groups are calling for an expansion of funding and acres allowed under the program.

“As part of the 2018 Farm Bill, the Conservation Reserve Program remains one of the key elements for helping restore grasslands in the heart of America’s pheasant and quail ranges,” said Dave Nomsen, Pheasants Forever & Quail Forever’s vice president of governmental affairs. “Not only is this program critical to future wildlife populations including upland birds, pollinators and other wildlife, but it also serves a function of economic support for rural communities.”

5) CRP acreage is down but not out

Whether CRP acres will increase in the 2018 Farm Bill remains an open question. Collin Peterson (D-MN), ranking member of House Agriculture Committee has expressed optimism in expanding the program. “We think that we’ll be able to make changes within the program that’ll get us enough money to go back to 32 million acres,” Peterson told Brownfield Ag News in December.

Sportsmen interested in following the impact of Farm Bill program spending for wildlife habitat should stay tuned. Major decisions regarding CRP acreage caps and funding, working land conservation programs, private land access programs, easement funding for wetlands, and more are going to be determined in the next several months.