What Sportsmen Need to Know About the Boundary Waters Mine 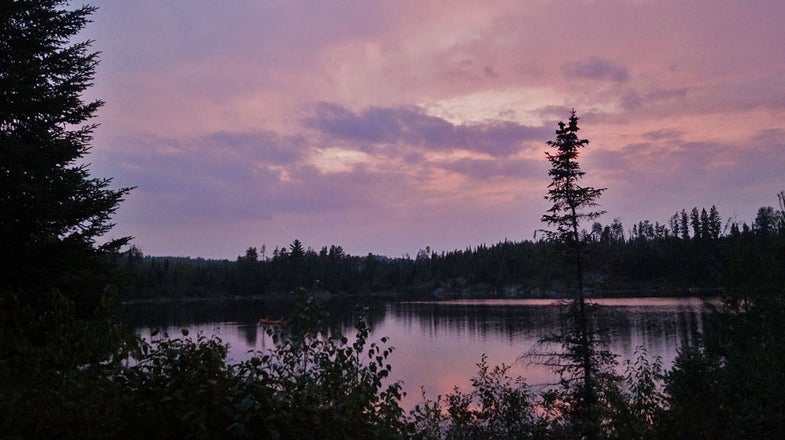 Just before Christmas, the Department of the Interior reversed an Obama administration decision and opened the door for a copper-nickel mine near the Boundary Waters Canoe Area Wilderness in the northeast Arrowhead region of Minnesota.

The proposed mine has been a flashpoint between public-land advocates and proponents of the mining industry. And like so many other hot-button issues, rhetoric has ratcheted up on both sides. To bring a little clarity to the conversation, here’s what you should know about the Boundary Waters mine.

1) The Boundary Waters is a Wilderness Jewel

The BWCAW is 1.1 million acres of pristine north country forest that’s carved up by a labyrinth of rivers, glacial lakes, streams, and wetlands. Think loons, walleyes, and wolves. It should be a bucket-list destination for outdoorsmen and women who like to canoe, camp, and fish without ever hearing the buzz of a motor. The common criticism of Wilderness Areas is that they are only accessible to a small percentage of expert-level outdoorsman. That’s not the case with the BWCAW. It sees 250,000 visitors every year and is touted as our most-visited Wilderness. If you go there in the summer, you’ll find a mix of Boy Scouts, city slickers from Minneapolis, and hardcore backcountry folks all paddling out to their own little piece of seclusion.

2) The Environmental Threat is Very Real

Northeastern Minnesota is known as the Iron Range and taconite mining is deeply tied to its history. But Twin Metals, the Minneapolis-based company that holds the leases, is planning an underground copper-nickel mine, which has never been tried in the state. Opponents argue that this type of mine is much more toxic and risky than the traditional taconite mines of the Northstar State’s past.

The Campaign to Save the Boundary Waters states on its website: “It produces giant waste piles that, when exposed to air and water, leach sulfuric acid, heavy metals and sulfates. Sulfide-ore copper mines pollute groundwater, rivers and lakes. In the history of sulfide mining, pollution has never been avoided.”

However, Twin Metals points to the Eagle Mine, which has been operational since 2014, in Michigan’s Upper Peninsula as the only mine currently producing nickel in the U.S. You can read about that project here.

The Twin Metals mining leases are located along the southwest border of the Boundary Waters. The location is critical because the site is north of the Laurentian Divide, meaning that rivers and streams in this watershed flow north. Pollution could have a massive impact on the entire ecosystem, not just the lakes and rivers near the mine.

3) The Mine Will Bring New Jobs

Twin Metals is owned by Antofagasta PLC, a Chilean-based copper mining group. Twin Metals says its copper-nickel mine near the Boundary Waters would create 650 direct full-time jobs once it’s fully operational and another 1,000-plus jobs indirectly.

The Boundary Waters is a big draw and it supports outfitters, hotels, restaurants, and shops throughout the region. A recent study conducted by Key-Log Economics estimated that out-of-state visitors spent $1.42 billion in Minnesota’s Arrowhead region in 2015 (the most recent numbers available). The study said that figure would support 22,174 full-time jobs. And, these numbers don’t even count spending from in-state visitors.

Under President Barack Obama, the Department of the Interior decided that Twin Metals’ mine leases could not be automatically renewed (the decision came during Obama’s last few weeks in office). Those leases had existed for more than 50 years. The U.S. Forest Service set out to conduct a two-year study on environmental impacts of mining near the BWCAW that could have placed a 20-year moratorium on mining. Under President Donald Trump, the Department of Interior reversed its decision and will now allow Twin Metals to renew its leases. It would also exempt Twin Metals from the U.S. Forest Services’ study findings. In other words, Twin Metals would be able to continue with its mine even if the Forest Service study concludes it would be an environmental danger.

Since President Donald Trump’s election, there has been an intense lobbying effort to reverse the Obama administration’s decision. Interior Secretary Ryan Zinke met with proponents of Twin Metals shortly after taking office, according to the Washington Post. And, the billionaire owner of Antofogasta rents a home to Ivanka Trump and her husband, Jared Kushner, in Washington (though a White House official said that had nothing to do with the mine leases).

Both administrations jumped the gun and inserted politics into what should have been a data-driven process, as the Star Tribune pointed out in a recent editorial.

6) It’s Not a Democrat vs. Republican Thing

Even though it’s mired in political maneuvering, the proposed mine is not a clear partisan issue. There are Democrats and Republicans on both sides of the battle. Tom Emmer, a Minnesota Republican, authored a bill that would have renewed Twin Metals leases through congressional action and that bill was cosponsored by Democrat Collin Peterson. Another state Democrat, Rick Nolan, voted in favor of the bill. Erik Paulsen, a Republican, voted against it. Democratic Minnesota Governor Mark Dayton opposes the mine but supports another copper mine that would likely be less of a threat to the Boundary Waters. Even though Trump enthusiastically supported the mining industry throughout his campaign, the counties in the Arrowhead region went to Hilary Clinton in the 2016 presidential election.

7) The Courts Will Decide

For its part, Twin Metals will submit a formal project proposal to state and federal agencies sometime in the next two years, according to spokesperson Bob McFarlin. Then the Environmental Impact Statement will begin, which could take several years.

“A peer-review study of how mines have actually performed relative to modeling for water quality for modern hardrock mines has shown that such modeling—and projections—are wrong roughly 9 out of 10 times for mines located near waters,” he said in an email statement. “For sulfide-ore copper mines, 100% have polluted water. This is why a decision on location is critical. Mines pollute—a problem not solved with moderate mines, and especially a problem in a water-intensive ecosystem.”

Eventually, we will see if the judges agree.