Each year, thousands of hunters across the U.S. have their ATVs stolen, often right behind their backs while they’re afield.... 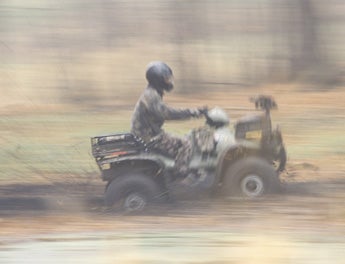 Each year, thousands of hunters across the U.S. have their ATVs stolen, often right behind their backs while they’re afield. According to David Griffith, Texas Department of Public Safety’s motor vehicle theft commander, deer hunters on isolated ranches or hunting leases figure they’re all alone, when in fact thieves are actively looking for the expensive and often unlocked ATVs. “In Texas we usually start seeing increased losses in October,” he says. The spree continues through December, when the standard theft rate of 150 ATVs a month jumps to 200.

In 2002, Texas saw 1,576 ATVs stolen, and more than 900 in the first half of 2003. Roughly 35 percent are recovered. Most ATV owners don’t have the serial number written down, and the vehicles aren’t registered. Owner descriptions often amount to, “Well, it’s a red Honda. Here’s the cc’s on the engine,” Griffith notes.

Some stolen ATVs, says Griffith, are sold to businesses “that want to keep their overhead down.” This even includes the occasional deer-hunting lease where the owner provides client hunters with, you guessed it, the use of stolen ATVs.