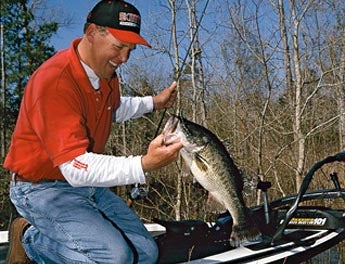 Paul Tormanen of Lees Summit, Mo., was greedy for success. While pre-fishing at the CITGO Bassmaster Central Open, Tormanen put bass on a stringer and staked them out. He reportedly returned to the lake during the tournament and collected the fish.

Following the weigh-in the Louisiana Department of Wildlife and Fisheries arrested and charged Tormanen with contest fraud. After admitting he violated state law, apart from being disqualified from the tournament he was also banned from all future BASS tournaments.

The angler has been in two other BASS events but has never been a qualifier for an award. He was the recent winner in a Hearltand Pro-Am Championship in Kansas where he won a $40,000 boat and motor.