A simple, effective, why-didn't-I-think-of-that training plan for Beagles that will have them trained for rabbits in no time. 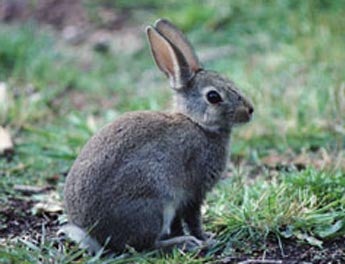 It seems easy to use an old hound to start and train a beagle pup. Daddy did it, and the one good hound he produced is remembered well. All the promising pups that became mediocre “me toos” going along for the ride-the ones that learned little but the old dog’s bad habits-have been forgotten, or blamed on the breeder.

However, never running pups with other hounds during the impressionable age can produce beagles that don’t pack well. Yet the chaos of separate chases can’t be prevented by starting two or more pups together, either-most will play more than hunt. Catch-22?

Fret not. Retired teacher, coach and high school principal Rod Place (located in Lawton, Mich.; 616-624-6559) has the most clever, thorough and well thought out beagle training plan I’ve found to date. Central to his program is a compromise in which the pup gets the best of both worlds: It will start by itself; then, when rabbit interest is ignited and the pup is attempting to trail, it will hunt four times alone for every one time with an old dog. By adhering to this 4 to 1 ratio, the pup learns to pack and is motivated by the old hound, yet it does not pick up bad habits or lose independence.

With Place, training begins before birth by hunting the bitch during the last three weeks of pregnancy. “I choose times when they won’t overheat, and we hunt maybe two hours instead of three or four,” Place says. “We now know about last-trimester human fetuses reacting to their mothers’ voices, so fathers are also talking to babies in the womb and getting reactions. There have been no double-blind fetus tests or MRIs on dogs, like there have been on rats and humans, but it seems logical to me.” (For more, see Hunting Dogs, February 1998.)

When pups are eight or nine weeks old, Place begins with name recognition training, the “No” command and leash walking. For speed training, call the name as you squat to attract the pup, and hand it a piece of steak fat or chicken skin when it arrives. Do this a few times and its name is remembered for life.

Puppies naturally provide opportunities for “No” or “ah-ah” training. Don’t overdo it, but when correction is necessary, put a guttural gr-r-r into your command so it sounds like the mother’s growl-down.

Leash training is accomplished by first tying the pup to a stake. When fighting the restraint ends, the pup can be practice-walked without a struggle.

Chasing Rabbits
Sometime in the 9th to 11th week, field-training begins. Young, semi-domesticated San Juan rabbits are taken from Place’s rearing pens and released into a 60-foot by 60-foot starting enclosure. At first, it’s almost a playpen; puppies and rabbits sniff, inspect, run and sometimes sort of play together. But very soon a puppy gets too rough, or a rabbit kicks a pup. At this point, genetic memory takes over. Rabbits begin to run away and puppies begin to chase.

After a few encounters, the puppies are familiar with rabbit scent. They like it and are using their noses. So Place baits a mousetrap in the yard with deer scent for a new scent experience they won’t like. As expected, the pups approach the scent only to be hit on the nose with the trap. Then it’s back to the starting pen for another pleasant rabbit experience, after which Place tries one more deer scent temptation, again in a mousetrap in the yard. “So far,” Place says, “no pup has needed the second pop on the nose-they’re very impressionable at this age. And in my experience, it prevents actual deer chasing in three or four pups out of a litter of six.”

Place is watching carefully when the puppies start tracking. To prevent them from developing a sight-chasing habit, he moves them from the starting pen after they’ve made about three serious attempts to trail. Place then traps a San Juan in the starting pen and releases it in front of the pup in a 10-acre enclosure. Most pups will put their noses dowwn and try to trail. At this point, they may not even be yipping unless they see the rabbit.

“They really start barking for me when the rabbit gets into a brush pile or pipe and the puppies can’t get at it,” Place says. “They bark in frustration and soon after are giving voice when on track.” (This voice-training situation can be set up with screen over a pipe end and a rabbit inside.)

Hunting With Hounds
By 12 to 16 weeks, Place’s pups have started running some tracks independently; that’s the point at which he’ll begin hunting them four times alone to every one time with an old hound. From then on, practice-always in the same 4 to 1 ratio with the older dog-makes perfect.

Mindful that a good hound should be animated by pursuing as if to catch the rabbit, Place has one final trick up his sleeve. Proof of its success can be best seen with Place’s basset hounds, which he breeds, hunts and enters in field trials. Because show and pet breeders have allowed bassets to become lazy, Place hunts the basset pups with an old dog that’s a little faster, then with another who is still faster and so on. With this technique, he has bassets that some beagles can’t keep up with. Both Place and I are waiting to see whether generations of “inherited memory” will produce naturally faster bassets. This same trick can be used to motivate beagles into running as they should-as fast as their noses.