Does Your ATV Spook Deer?

ATVs and deer season are inextricably linked. There’s little question that many quad owners use their machines in the fall... 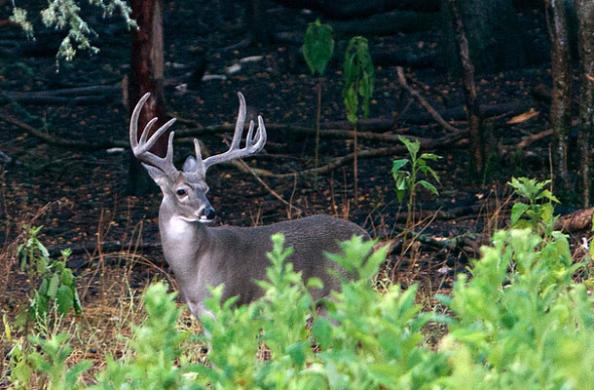 ATVs and deer season are inextricably linked. There’s little question that many quad owners use their machines in the fall to set up stands, get to a hunting site, and recover game.

While hunters are spending large sums of cash for a new wheeler, this may be a good time to ask the following question: Do UTVs and ATVs really scare game?

Fear Factor
By Peter B. Mathiesen

After a couple of decades of hunting with gas-powered wheelers and plenty of field experience with electrics, I’ve learned a few lessons.

Let’s start with electrics. As a hunter, I’m a lukewarm electric guy. If you hunt less than 500 acres and have a dry barn with a plug-in to store the machine every night, then they might work for you. However, they’re not for the hunter who leases more than 1,000 hilly acres or hunts public land. They simply don’t have the range to effectively cover large amounts of rough terrain.

If you think an electric can be driven down the trail on the “down low” and a whitetail will never smell or hear the machine, you need to readjust your train of thought. All can say is, if I drove one through your living room, would you notice?

Electrics are not silent. They make a drivetrain sound and can make significant tire noise, especially on improved gravel roads. They all have petrol-based lubrication, therefore, it’s ridiculous to think they have no odor. I would agree that they may be stealthier when used for turkey hunting. And electrics are significantly quieter than even the newest UTVs; however, many are often loud enough that the drivers and riders should wear earplugs.

Experienced hunter/landowners will tell you that a quad’s impact on deer behavior has to do with the frequency of use, not the frequency of the engine. Sanderford said it’s about exposure and repetition.

“We check stands daily and there’s a reason for it. We want deer to be comfortable with a truck or ATV going to a stand every day. That way, it’s no big deal. I would rather drive a hunter to the stand, instead of letting him off and walking in 300 yards. He’s leaving a significant scent trail while he thinks he’s sneaking in,” said Sanderford.

Deer that live around barking dogs, tractors, trucks, and ATVs hear them every single day. On the other hand, you might be doing yourself a severe disservice if you ride through the woods to a stand that only sees ATV traffic the day before hunting season. Scott recommends servicing a stand at least once a week; ideally two weeks before a hunt. Do not drive in for the first time on opening day.

His advice was deadly accurate. After dropping me off in a Yamaha Viking at my stand, I hadn’t even settled in when a scrubby buck walked right under me just five minutes after he left. Two hours later, after seeing 20 deer, I shot a wide 10-point that was so comfortable, he made two appearances — the second time at only 24 yards instead of 60. Not a good decision for him, but an outstanding day for me.

Here’s my point: Instead of hiding from the game, let them get used to reasonable, non-threatening UTV and ATV activity, and you may just find your tag filled.

I was taught at an early age that creeping into the blind or stand on my ATV was the right way to hunt. But if mechanical noise scares animals away, then why would a whitetail come in and stare at me running my chainsaw at camp? Trying to figure out exactly why animals (especially deer) react a certain way is an exercise in estimation.

However, I do know that clamping another exhaust onto the stock pipe will make your machine run very rough. It can even ruin the spark plug and trick the fuel injection on newer machines into a false air/fuel mixture that makes the ride even worse.

We want to be as quiet as possible getting to our favorite spot, but at what expense are we really doing this? If you muffle the exhaust but the front wheel bearings are squealing loud enough to deafen your neighbor’s dog, then you haven’t helped yourself much.

Here are some tips to help you effectively quiet your quad.