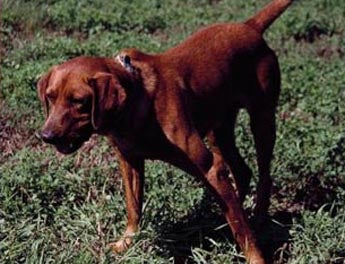 If it’s a versatile pup you covet this spring, how about one that’s superior at doing what hunters need most and do poorest for themselves? Face it: We can stumble onto game occasionally, but our eyes are such terrible substitutes for decent noses that we’re lucky to find downed birds on bare bean fields. The very best versatile dog needs to be a retriever first and foremost. Add pointing instincts to that retriever and you have a real workhorse-the pointing Lab.

“Adding pointing instincts” usually suggests outcrosses, but that was not necessary or sensible in developing pointing Labs. It’s been about 150 years since the St. John’s water dogs were exported to England, where some gamekeepers crossed them onto pointers and setters to improve grace and movement while hunting and retrieving on land. Because those introduced pointing genes are recessive, they most often failed to express themselves unless joined by a like gene. But they remained in perhaps 10 to 15 percent of the Labs. Selecting almost entirely for retrieving skills during those 150 years could not purge pointing genes from the breed.

Mayo Kellogg, the real father of the American pointing Lab, noticed pointing in his South Dakota line as early as 1946. Forty years later, he convinced me that a pointing retriever is superior to a retrieving pointer. I wrote about pointing retrievers in 1988, and Mayo received thousands of letters and calls. Mayo passed away last year, leaving his kennel to his son, Hugh. He reports that 95 percent of his buyers ask for Labs that point. Should you wonder about my name on his pedigrees of pointing Labs, it’s not an endorsement or partnership. Mayo said he did it to honor my efforts in introducing them to the public. See www.Bdarn.com/ kellogg or call 605-480-0750.

Tails Win
Like the inclination to point, high tails could not be purged from the breed, and they, too, can be developed as a trait without disturbing the ability to retrieve. High tails make dogs easier to see in cover, but mostly they allow us to better read dogs’ minds. Hanging tails provide little clue to intensity; straight-up tails say, “I got ’em.” If a naturally high-tailed dog lowers his tail, he’s signaling uncertainty. If the tip drops lower than the balance of the tail, he’s convinced things aren’t as he hoped.

The intensity of high tails makes hunting so much more exciting for me that I waited a long time for a pup out of just the right litter and related to Ord, Neb., breeder Jim Helm’s fox-red high-tailed Point Doctor (see photo). It was a good plan. I got everything I had hoped for in a pointing Lab, including the readable tail. For more information, go to [XLINK www.micrord.com/~jimsanik] or call 308-728-7926.