Forget everything you thought you knew about trophy hunting 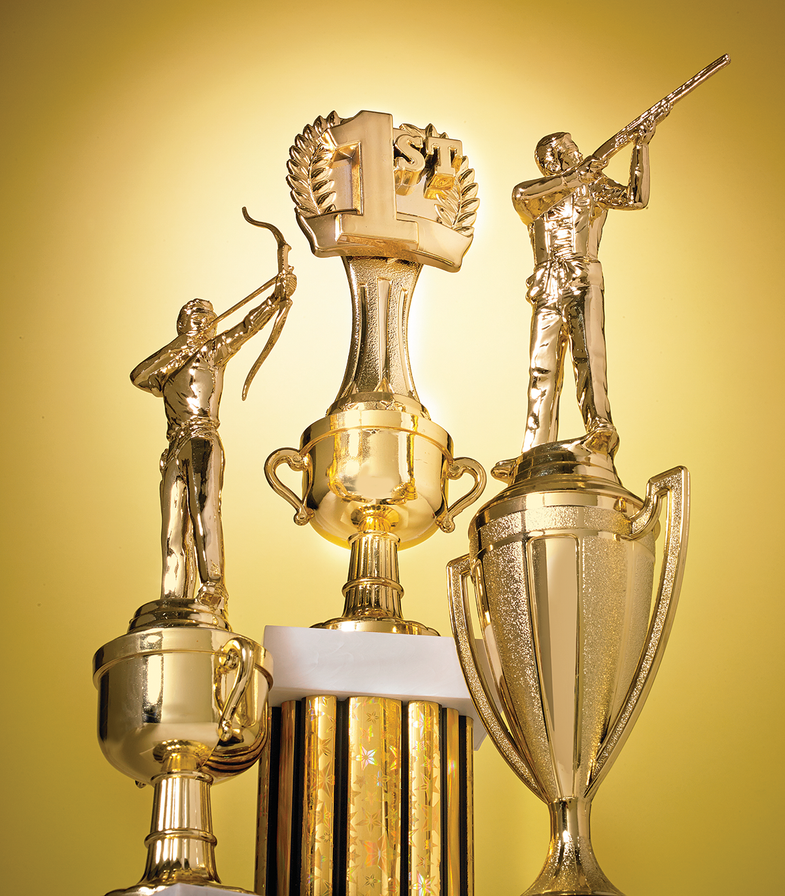 There’s a new breed of sportsman out there, a growing community of highly skilled, super-dedicated outdoorsmen and -women who are challenging old stereotypes and ideas about what it takes to be a hunter. For them, hunting is not a diversion to participate in only a few months a year; it’s the cornerstone of an active lifestyle that involves year-round training, constant attention to their craft, and, now, some truly unusual off-season competitions. Here’s a look at a few. 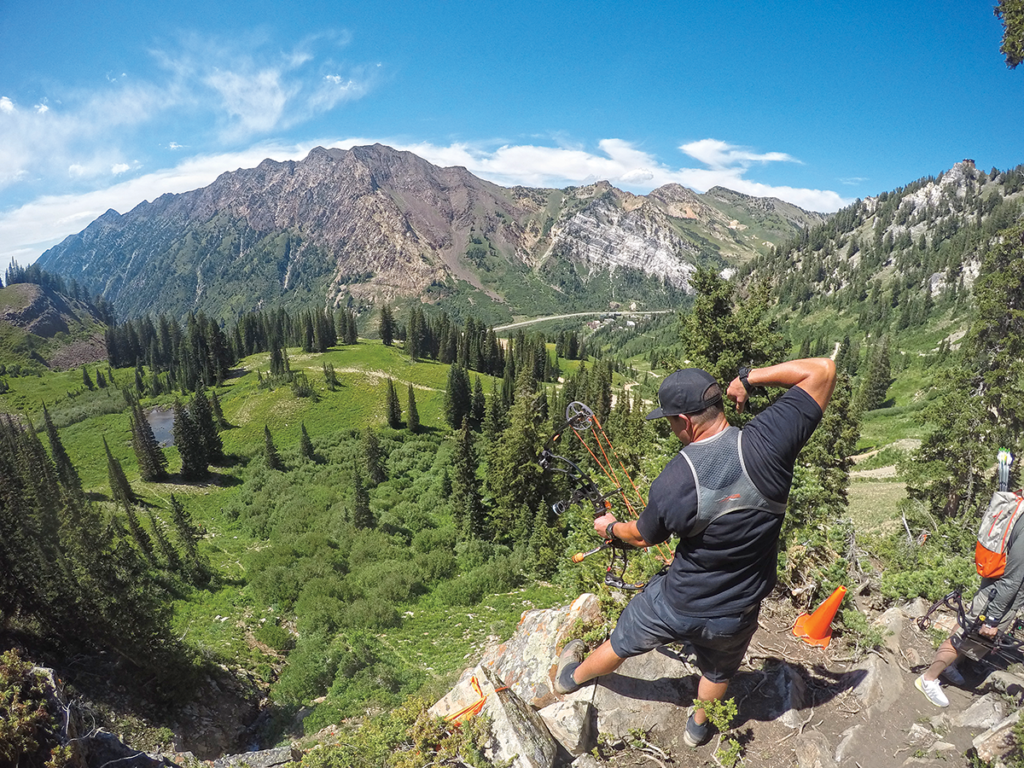 Bowhunting out West is defined by lots of walking and shots at extreme distances and angles. For those who think their bows and bodies are dialed in, the Total Archery Challenge is the litmus test.

TAC shooting events—there are a number held throughout the country—are scored much like the game of golf, so you’re mostly playing against yourself. At TAC’s flagship event, coming up on July 15–17 in Utah, the longest course involves a 3,500-foot drop in elevation and takes around 3 ½ hours to complete. Each of the 25 stations presents a unique challenge, and some targets stretch out to 110 yards.

Each venue has a number of shorter courses and novelty shoots, such as the 150-yard bull’s-eye challenge for a chance to win a new truck, and the steel-target Smoker Round, in which archers try to thread arrows through holes in targets placed as far away as 50 yards. 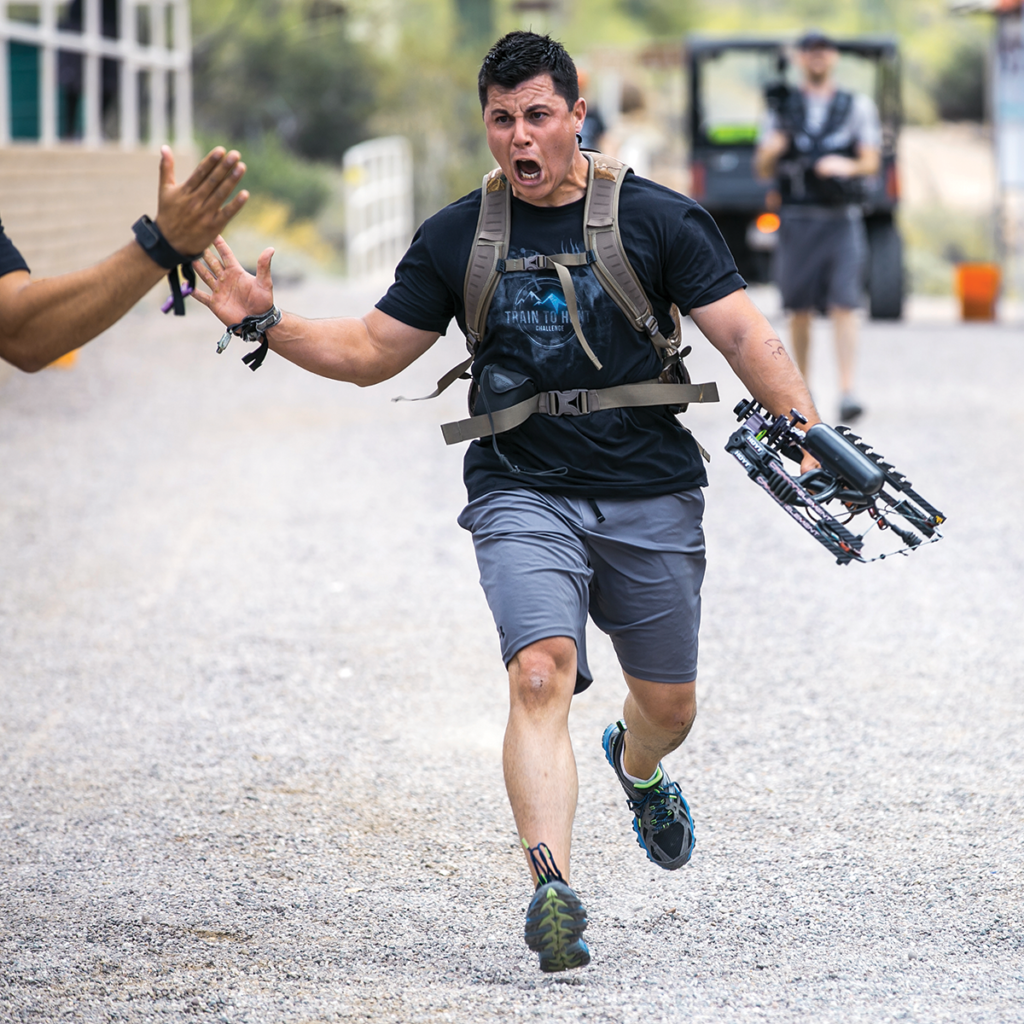 Hunting mountains can be an endurance test. To put the odds in your favor, it helps if you’re part mountaineer and part mara­thon runner. Developing the right mindset, and an ironclad brace of legs and lungs to go with it, takes intense training.

Enter Train to Hunt. Originally conceived as a strength-and-conditioning program for Western hunters, Washington-based Train to Hunt has hosted an annual fitness and shooting competition since 2011. It’s a two-day endurance event that tests hunters with intense physical challenges, such as The Meat Pack (a race up and back down a mountain with 100 pounds on your back) and a 20-target 3D course (a mile-long, timed obstacle-and-shooting course designed to test a hunter’s ability to shoot accurately while fatigued). Train to Hunt conducts 15 qualifying events throughout the country, leading to the championship in Salt Lake City on Aug. 12–13, when the best in the nation compete for the title of Fittest Bowhunter in the West. 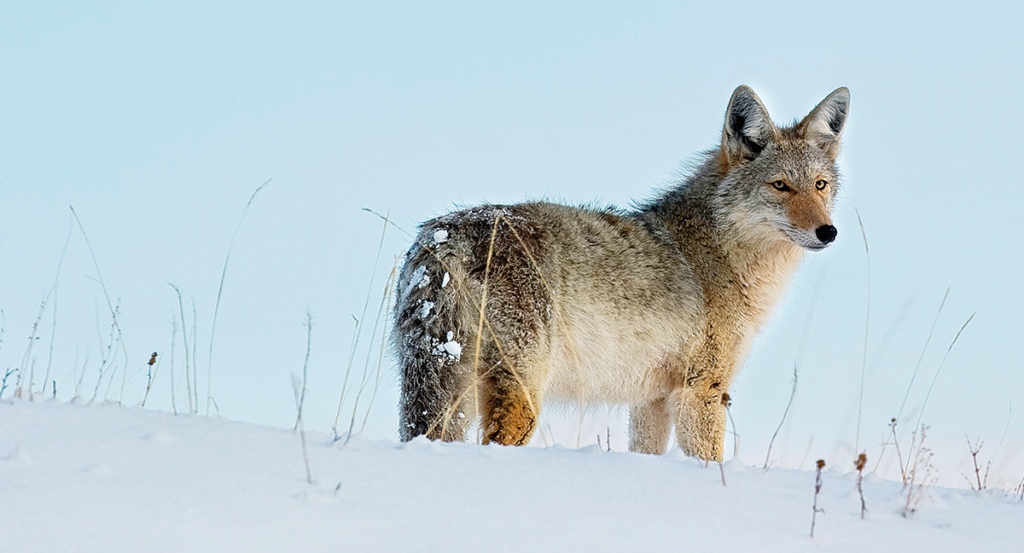 Competitors are the kind of hunters who can walk into a place cold and read sign at a glance, and who are able to call and shoot in any conditions.

Participation in the annual World Coyote Hunting Championship—to be held the first week of December this year in Arizona—is by invitation only. You and your teammate have to submit to a criminal background check, have no game violations, and be willing to take a polygraph test in order to compete.

No baiting. No dogs. This is a two-day calling marathon. But you can hunt anywhere you want, as long as you’re back in time for officials to tally the take. Get caught cheating—fail to report even a speeding ticket during the event—and you’re banned from the competition for life. 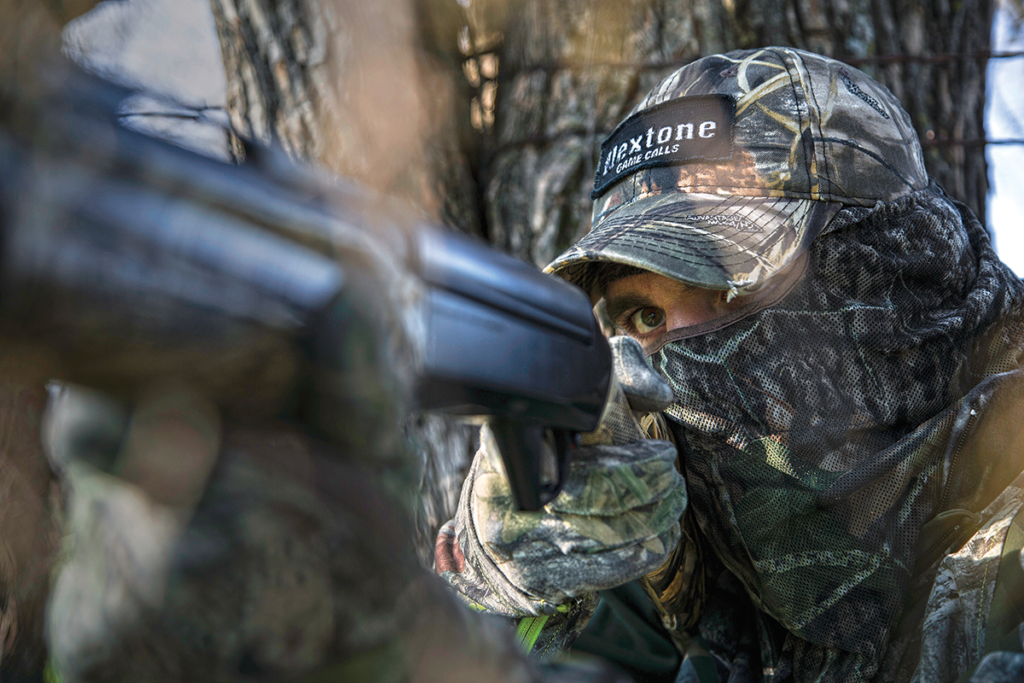 If you want to hold the title of the nation’s best turkey hunter, then travel with a buddy to tiny Lacygne, Kan., and try filling your two tags in 2 ½ days in a landscape you have never laid eyes on before. The birds you tag had better be big. Oh, and you must record every successful hunt on video.

The Flex-Tone Wild Turkey Hunting Championship held its fifth annual showdown in April 2017. The entry fee was $5,000 per team for a chance at winning $50,000 in cash and prizes. The 50-team field is a mix of national turkey-calling champions, outdoor-television personalities, professional guides, and hardcore hunters you’ve never heard of before.

Hunting properties are allotted by random draw, and every three-man team (two hunters and a cameraman) is accompanied by a referee to ensure the competition’s rules and ethical standards are maintained. Turkeys are scored using the NWTF’s system. A team’s total score determines its standing. 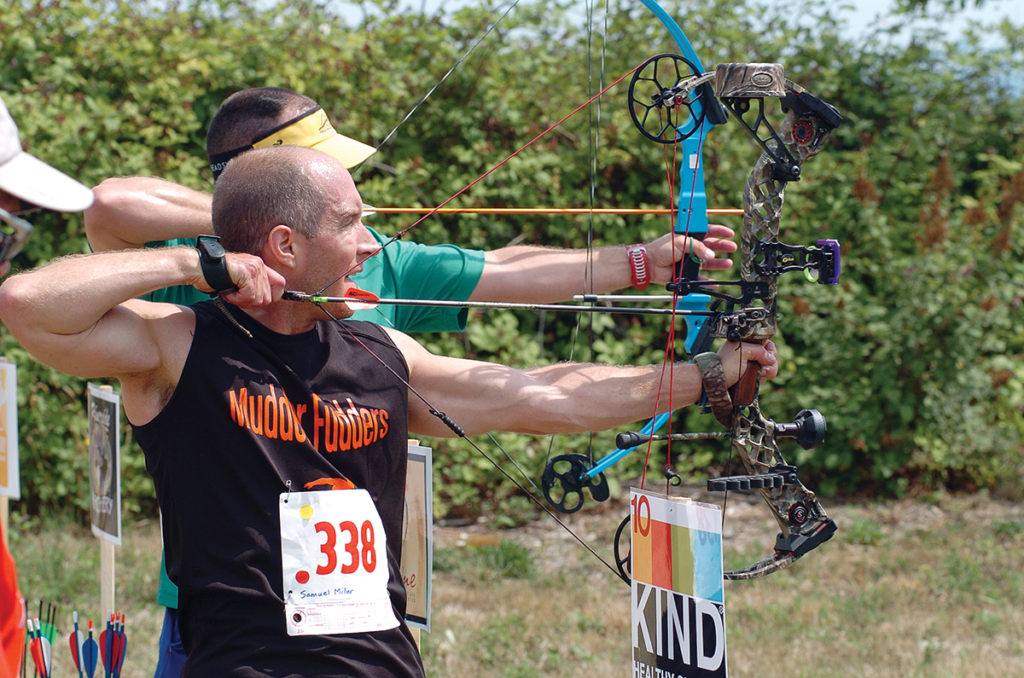 If you’ve ever had to sprint up the face of a mountain or run a couple hundred yards across an open expanse to get within bow range of a trophy, then you know how difficult it is to shoot accurately when your heart is redlining. Incorporating running and bow shooting into your pre-season training makes a lot of sense. But until recently, you had to wait for the shot of a lifetime to present itself to see if all that training had paid off.

Similar to the Olympic biathlon, run-archery is a new sport that combines target archery and running.

In its third year, the North­west Run-Archery Classic—scheduled for July 24 in Ferndale, Wash.—is a one-day event in which squads of shooters run four short cross-country loops (totaling around 5K) and shoot at designated target stations in circuits.

Hunt training should simulate the most difficult conditions you might face in the field. For a rifleman, that’s exerting yourself under a heavy pack and shooting—fast and accurately at unknown distances—without the aid of a bench. Until recently, an elite military sniper school was arguably the only place that gave you a real-world gut-check on how good you actually shoot when the pressure’s on.

The entry fee is $450 per two-shooter team. The rules are simple, but the 7-mile course you run is not. Climbing and descending some 6,000 total feet in ele­vation, you and your partner must shoot at targets out to 1,200 yards. Teams that manage to finish are given a total score based on time and accuracy.