I have found some great whitetail sheds this year, indicating that next year is going to be a banner year... 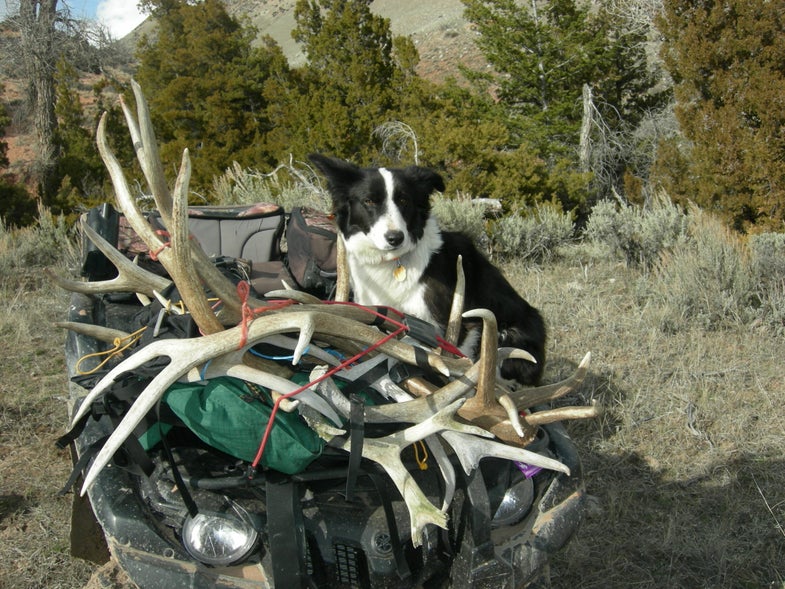 I have found some great whitetail sheds this year, indicating that next year is going to be a banner year for hunting in my neck of the woods. With the grass beginning to green in the lowlands and the elk almost finished shedding their antlers, the mountains are now calling me.

You’d think that looking for elk sheds would remove you from deer hunting country, but that’s not always true. Many areas of the West have habitats that cater to elk, mule deer, whitetails and even pronghorns from time to time. In fact, I took this photo a few days ago near my home in Wyoming and along with the fresh elk sheds, I stumbled upon some mule deer sheds, as well. But consider this: Less than a 10-minute drive from where I was antler hunting I had one of the most unusual experiences of my hunting career.

My camera man and I were posted up on a hayfield, waiting for big whitetail. We hid in a downwind haystack that provided a perfect sniper perch for my TC .300 Winchester magnum. As the sun set, the field soon began to crawl with whitetails and scattered bunches of muleys. Sometime during the evening a herd of pronghorn moved onto the field, but the biggest surprise was yet to come.

Right at sunset a small herd of elk filtered from the nearby treeless buttes. There was a nice 6-point bull in tow. I could hardly believe my eyes, but the cameraman rolled the footage to prove the moment. The sight of a Shiras moose from the nearby mountains would have certainly topped the night, but we had to settle for four big game species in one field.

That evening perfectly exemplified the appeal of hunting the West. It was a hunt I’ll never forget.