I was messing around in my barn the other day. It was raining and I figured I might as well... 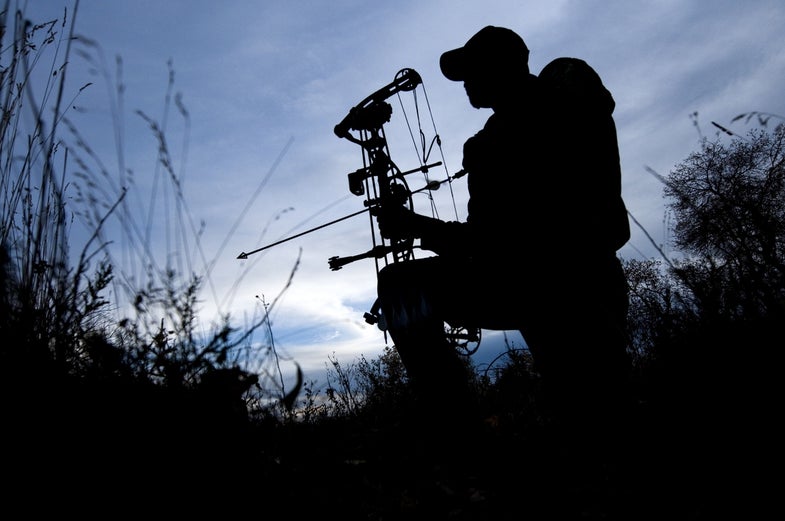 A compound bow is a "must-have" item for the author.. John Hafner
SHARE

I was messing around in my barn the other day. It was raining and I figured I might as well make the most of it by doing some much-needed cleaning and organization. As I picked up tools and equipment and tried (in vain) to put everything in its proper place, I started to think about the tools and gear I now own.

Here’s a list of five things I now use on a regular basis – and once swore I’d never own (not all of these selections are deer-only items, but since it’s the offseason and almost every deer hunter I know also does at least a little fishing, I figured the Big Buck Zone audience would allow it).

1. AN ATV
Growing up hunting the vast public lands of Michigan’s Upper Peninsula, we’d make snide comments any time we passed someone on the highway with a trailer loaded down with ATVs.

We had some fairly unsavory names for “those guys” and their machines. Surely, the only person who needed an ATV was someone physically unable to walk to their stand.

About eight years ago, I bought a used ATV from a Craigslist ad. Try to take it from me and things will get ugly.

I use that machine on an almost daily basis. Just today, I buzzed across the road to Noah’s farm to check on the status of the corn and beans I planted about a week ago (not much happening there). On the way back, I threw a couple of stumps into the trailer and hauled them to the brush pile.
Last weekend, I used it to haul sand around for a patio project my wife somehow talked me into.

Later this summer, I’ll use it to plant a small kill plot in Ohio and, hopefully, to later haul a buck up those damned hills after I shoot it with an arrow.

Later this year, when winter returns, I’ll use the ATV to clear the drifts from the driveway so that I can make my way out to the lake for ice-fishing season.

There are a lot of things I could get rid of. That ATV ain’t one of them.

2. A BIG BOAT MOTOR
As a kid, I would ride my bike over to a neighbor’s pond to fish. They had a couple of flat bottom boats lying on shore. They didn’t have motors so I made a paddle out of a 2×4 and some plywood. I paddled around that pond all day and caught bluegills and bass until the sun started to set.

As I got older, I upgraded to a boat with an electric trolling motor. And, eventually, a small gas outboard.

My buddies and I had a ton of fun in those boats and caught plenty of fish. We’d make fun of the guys pulling in with their giant boats and gas-sucking motors.

And then I started to get serious about fishing. I started to learn about bigger lakes. Then I went to Lake St. Clair. Then Lake Erie.

A few years later, I bought a used bass boat with a 200-horse Yamaha. And I understood. That motor has allowed me to fish a lot of places I wouldn’t have normally been able to fish and it allows me to maximize time.

3. A SMARTPHONE
I have always been a fan of technology and I knew I’d eventually have an iPhone. But that didn’t stop me from scoffing at the folks who would stand in line every time a new upgrade was offered.

Who would do such a thing?

Well, I have to admit, when Apple announced the release of the big-screened iPhone 6 Plus, I pre-ordered it.

I truly don’t know how I’d cover the public areas that I hunt nearly as effectively without the aid of a smartphone. I’m not exactly gifted in the navigation department. I get turned around easily and I simply don’t have a great sense of natural direction. Believe me, I wish I did. But I don’t.

A handheld GPS is great. But the smartphone is so much better. I can load it up with apps that not only show me where I’m at but also show property boundaries, public hunting areas and give me aerial imagery that helps make speed-scouting much more effective.

4. A COMPOUND BOW
I started my bowhunting career using a ProLine Zephyr Magnum (remember that company?). Then I discovered the works of Gene and Barry Wensel. And I became a devout traditional archer.

I built my own recurves and hunted with them for about 10 years. I was all in and thumbed my nose at the compound guys with all of their gadgets and ever-changing desires for speed.

Then I shot one of the “new” Mathews solo-cam units. Things changed. I couldn’t believe how different the bows were after just 10 years.

The draw cycles, the speed, the efficiency. My effective range jumped 15 yards in a flash.

Today, I love the bow I’m shooting. And I love to shoot as many different bows as I can get my hands on. I truly enjoy the tuning process. I don’t go overboard with things – I still keep it simple.

I still dabble with traditional gear from time to time, but I don’t see hunting another season without a compound in the mix.

5. 4-WHEEL-DRIVE
Believe it or not, I used to think 4-wheel-drive was an optional – thus unneeded – option on a truck.

If you didn’t know how to drive well enough not to get stuck then you shouldn’t be driving (at least that was my way of thinking).

Then I started to travel to other states and realized pretty quickly that many places have a far different interpretation of a “dirt road” than we do here in Michigan.

This became abundantly clear when heading down a road in Nebraska. It had rained for about 15 minutes. Just a gentle shower. No big deal. We can have days of rain here in Michigan and our dirt roads will be no worse for wear because of it.

In Nebraska, things are apparently different.

It was as if the road wasn’t a road at all. It was simply a path where the road commission had sprayed RoundUp on the pasture grass. The top soil remained.

It was a slimy, sticky, slippery mess. And while I didn’t technically get stuck, I uttered a string of profanity that lasted much longer than that 3-mile stretch of “road.”

Today? I won’t own a truck without 4WD. There are simply too many instances where I’ve needed it and, honestly, I don’t know how I ever got along without it. I’ve used it when pulling a boat up a slippery ramp. Used it when ramming through wind-blown snow drifts in Iowa during a muzzleloader hunt. Used it on muddy roads in Nebraska, Kansas, South Dakota… You get the point.