Its official, Labor Day has come and gone and hunters everywhere will start heading to deer camp; not necessarily to... 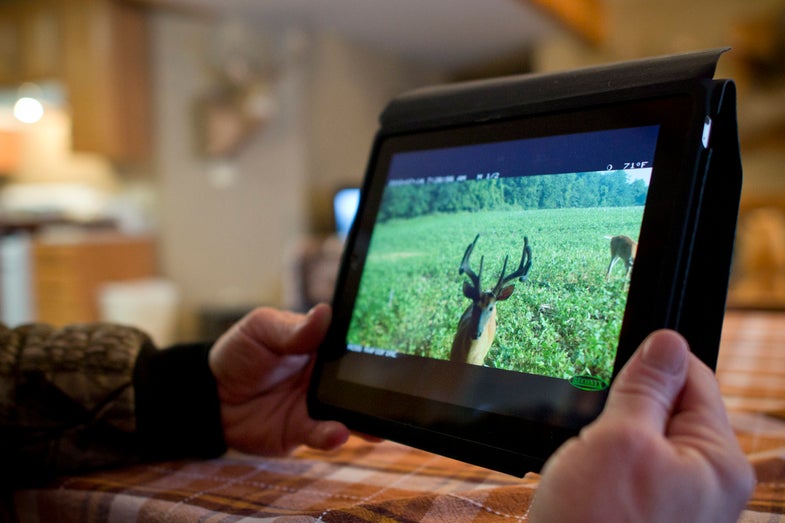 Its official, Labor Day has come and gone and hunters everywhere will start heading to deer camp; not necessarily to hunt, but to open camp and do some “scouting.” In the next month or so millions of hunters will be in the woods, driving all over their hunting properties as they look for scrapes and rubs and anything else that might help them get the drop on Mister Big. Unfortunately, they will be doing anything but. All the activity just let’s mature deer know it’s that time of year again. It’s time to lay low. You’ve read it a hundred times: “If you want to kill big deer, stay out of the woods during preseason. My son and I try to live by the 45-day rule, no activity for at least 45 days before the opener. Just read our book.

But, there is another side to the stay-out-of-the-woods story and it goes something like this…

Going to deer camp early has been a part of your life since grandpa took you there as a kid and you aren’t going to give it up because some deer authority tells you it will scare off all the good bucks (even if it will). Your preseason camp rituals like sighting in, and setting stands, and checking cameras are every bit as important to you as the actual hunt. It’s all part of coming alive each year as the nights grow cool, the leaves turn, and your internal clock tells you “it’s hunting season.” I’ve heard it so many times I’m beginning to wonder if preseason rituals might be part of our hunting DNA. And, as a longtime deer camp guy, who preaches “stay out” sermons that even I don’t follow, I respect this position.

So, what to do? We know our presence at camp or in the woods will negatively impact the upcoming season, but we are going to do it anyway. Here are five ways to have the best of both worlds.

1) Restrict Movement to Middle of the Day
If decide to look for “sign”, or do some preseason scouting, do it when deer are least likely to move. For the most part, this would be around mid-day. You don’t want to be out there snooping around when the deer are on the move. A month or so ago I was golf carting around with a guest, showing off our property—but we stayed out too late and I ran into a shooter buck that was up and about a little early; bad timing on both parts and a definite no-no. Sure, it’s a blast to watch deer feeding in beautiful early season bean field. But do it from a pickup on a road, not from a tree on the edge of the field.

2) Stay on Well Defined Human Travel Corridors
One of the worst things you can do is show up in an unexpected place at an unexpected time and surprise a deer. Ever notice how the deer you encounter in high human traffic areas just trot off a hundred yards or so, then settle down? Contrast this to deer you surprise in their bedding areas. That typically elicits an alarm response. If you are going to be out and about in the preseason, don’t drift all over the woods surprising deer.

3) Stay Clear of Sanctuaries
Most properties have some off-limits areas (at least the good ones do). If you are going out for an ATV ride or a “scouting” hike, give these areas a wide berth. Stay totally clear of the areas; don’t even go close. Treading close to sanctuary areas serves to shrink the sanctuary and blows the concept of a safe place for an old buck to hang out in.

**4) Go Easy on the Cameras **
Cameras are one of the best tools a hunter can have—but only if they’re used with discretion. Set them in easy-to-reach locations, preferably near a trail you can access by vehicle, and check them as seldom as possible. Don’t set them in bedding areas or in sanctuaries or areas where you have to disturb large tracts of deer habitat. Check them during the middle of the day and don’t set them next to your favorite treestand. Mature deer will eventually back away from areas where humans are frequently encountered. Remote cameras that text photos to your devices are the ultimate low-impact camera, but they can be pricey.

5) Scout and Get Out
You can get all your dental work done in one sitting or stretch it out over a year. I prefer the former. It’s over and done with in one session and I can forget about it. In many ways, deer are not all that different from the people who hunt them. When the troops roll in for a work weekend, the deer on the property will typically go on red alert. One big event each month is far better than the drip, drip, drip of showing up every few days for a month or two. Do all of your sighting in, scrape finding, and trail cutting on one or two high-impact days rather than over the period of a month or more.

If you are intent on killing a big buck, the absolutely best time to do all this preseason work was during the spring turkey season. But, few hunters have that kind of discipline, and frankly, why should they? When fall rolls around, hunters just want to be out there doing what nature is telling them to do. If you are careful, you can enjoy your preseason and still get your shot at Mr. Big.