How to Make Whole-Muscle Wild Game Jerky with a Dehydrator

There are a number of ways to dry wild-game meat and turn it into scrumptious jerky. The most convenient way... 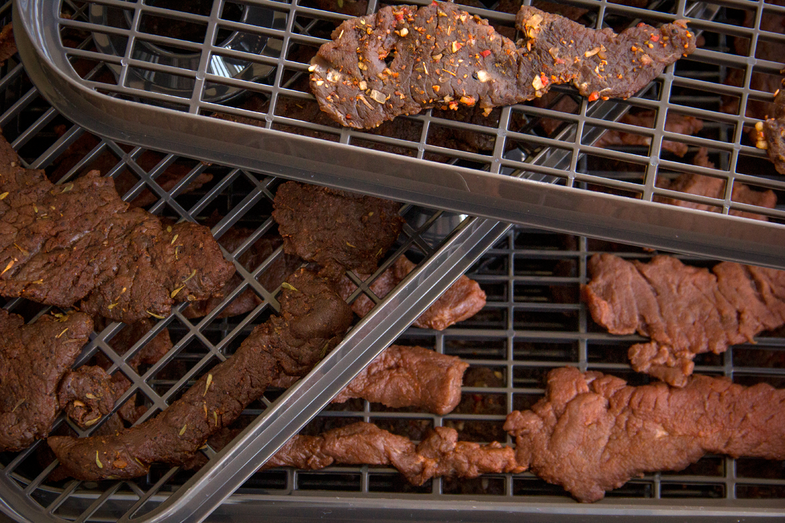 There are a number of ways to dry wild-game meat and turn it into scrumptious jerky. The most convenient way to do it is in the comfort of your home with a dehydrator.

There are two basic types of jerky: ground or whole-muscle. Whole-muscle jerky requires cutting whole strips of meat from a beast or bird. There’s something delightfully primitive about working your jaw on a piece of whole-muscle jerky, ripping it into shreds and chewing it until all the flavor is gone before finally sending it down the hatch.

And speaking of primitive, people have been making jerky as long as they’ve been hunting for meat. Plenty of cultures all over the world continue to dry meat, many still resorting to the most basic form of dehydration: hanging meat on a stick in open air.

When processing jerky, the goal is to remove moisture from the meat so microorganisms (bacteria) that spoil it can’t grow. It’s easier to do this with whole-muscle jerky vs. ground jerky, because the nasty stuff lives on the surface of meat, not on the inside. Naturally, a grinder turns meat inside out, so extra precautions need to be taken to make ground jerky safe for consumption. With whole-muscle dehydrator jerky, your primary concern is pulling moisture out of the meat and heating the surface to a sufficient temperature for killing bacteria. I’ll talk about ground jerky another time, but today let’s focus on dehydrating unadulterated cuts.

Start with lean cuts of meat that are free of undesirables such as silverskin. But the main thing you want to stay away from is fat. Fat will be the first thing to sour, whether your jerky is stored in the fridge or at room temperature. The hindquarters of a big-game animal or breasts from a bird are ideal for making whole-muscle jerky because they’re lean, but they’re also the most substantial hunks of meat on the animals. You need a hefty pile of raw meat to make a handful of jerky; during the drying process, your meat will “shrink” to about 25-50 percent of its original size.

Cut the meat into thin strips. Against the grain, or with the grain? It’s a personal choice. Try both and see what you like better. The important thing here is to cut all the strips into uniform thicknesses so their drying time is equal. I find that thinner is better, because it takes less time to prepare and it’s easier to eat. Cut the meat with a fillet knife when it’s semi-frozen.

Once you’ve got your meat, choose your preferred dry seasoning or wet marinade. The benefit of using dry seasoning—such as a dry rub—is that you’re not adding extra moisture to the meat when your end game is to dry it. The presence of salt in your chosen seasoning aids in drawing moisture out of the meat and preserving it, plus salt generally adds some flavor. Now is your chance to decide if you want to add sodium nitrate or sodium nitrite curing agents. There’s an endless “do or don’t” debate when it comes to nitrates and nitrites, so I’ll leave that up to you. Regardless, season your jerky strips in the fridge for 12-24 hours prior to dehydration. 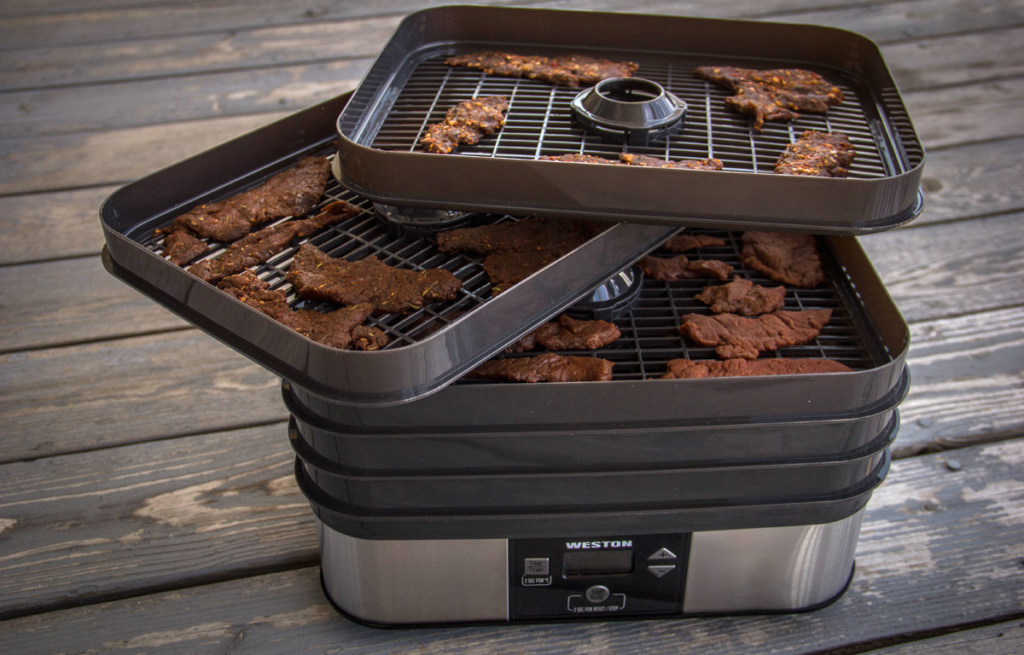 Once it’s time to fire up the dehydrator, pull your meat out of the fridge and pat excess moisture from its surface with paper towels. According to the USDA, the minimum safe temperature for red meat is 160F; for poultry, it’s 165F. This means if you plan to prepare deer, elk, or other wild meat in a dehydrator, the unit better reliably reach that 160-degree minimum and stay there during the dehydrating process. If you want to play it super safe, food-safety experts will nudge you to preheat your jerky to its safe temperature…but again, that’s your call. Keep in mind: minimizing bacterial exposure starts in the field with proper game care during the field-dressing and skinning process.

I recently tested the Weston 6-Tray Digital Food Dehydrator and it was sweet. The Weston’s price is right, it’s lightweight and it doesn’t take up too much counter space. Its digital timer was especially nice, because with my previous analog dehydrator I had a bad habit of forgetting about my jerky. Once your jerky is overdone, there’s no turning back. There’s just something unpleasant and unsettling about eating crunchy meat. 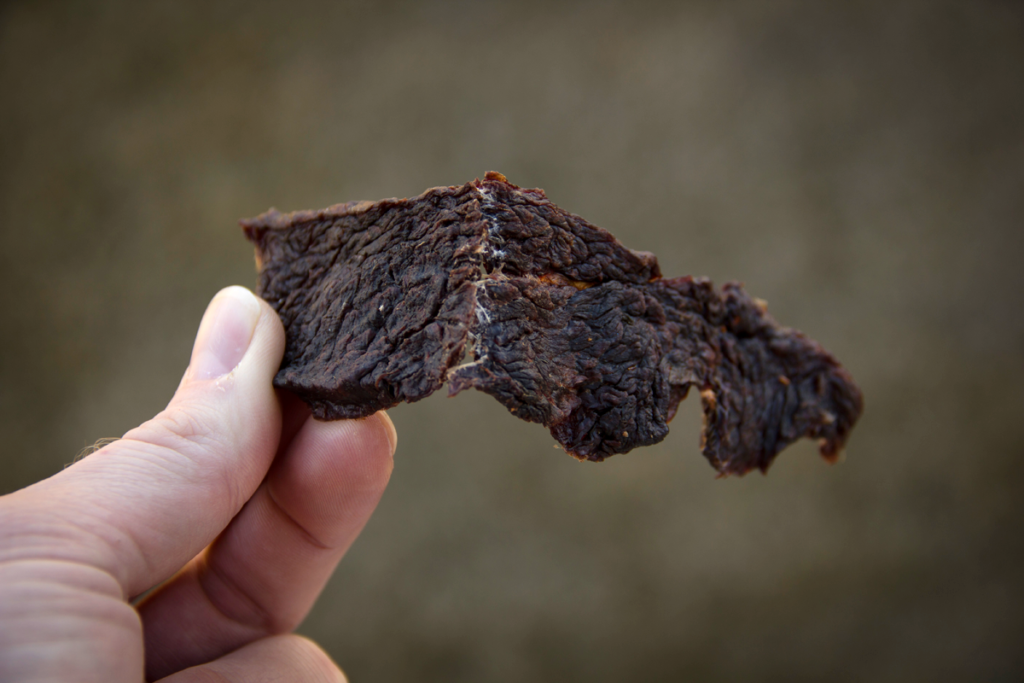 How long will your whole-muscle jerky take to dehydrate? It depends on its moisture level and thickness, but count on anywhere from 3 to 10 hours. You’ll know it’s ready when you bend a piece and it starts to break without totally cracking. You’ll see dried meat fibers in the core, at which point you won’t be able to resist shoving that first piece into your mouth. The rest won’t last long.