How to Pick and Prepare Stinging Nettles for Cooking, Plus a Recipe for Nettle Gnocchi and Smoked Trout

If you have spent any amount of time in the woods or fields you have probably encountered stinging nettles at... 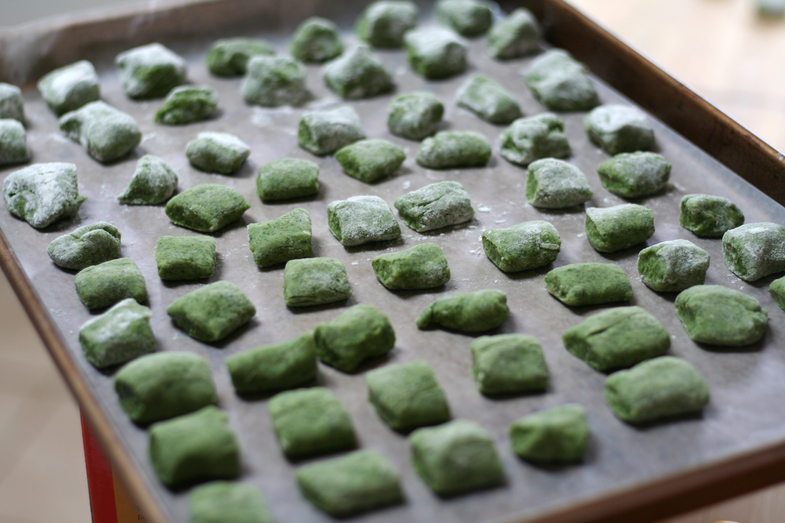 If you have spent any amount of time in the woods or fields you have probably encountered stinging nettles at some point. When I was a kid I called it “itch weed” and there were times at my grandparent’s cabins that I got into it so badly I had to jump in the lake for relief. The effects are usually short-lived, but annoying nonetheless. Had you told me back then that nettles were edible, I’d have called you crazy.

I was understandably confused the first time someone did tell me this. It didn’t make sense that this plant that had tormented my childhood could be made into food. I was at a farm-to-table dinner and one of the dishes was a creamed nettle (very similar to creamed spinach). Being an adventurous eater I gave it a try. I wasn’t overly impressed with it, but it didn’t kill me either (which is what 10-year-old me would have thought). After that dinner, I started to look into nettle recipes.

The best time to collect nettles is when they first pop up in the spring, when they’re about a foot tall. The tops of the nettles and parts of the stem are still very tender. If you wait too long, the stems get fibrous and challenging to work with, but the leaves can still be used year-round. (I usually pick them in late April here in Minnesota, but have seen them come up as early as the end of March.) When you pick them, just grab the tops and pull. I know some people who pick them bare handed but I always use gloves. The stinging part of the nettles is on the underside of the leaf and it only stings when you lightly brush up against them. 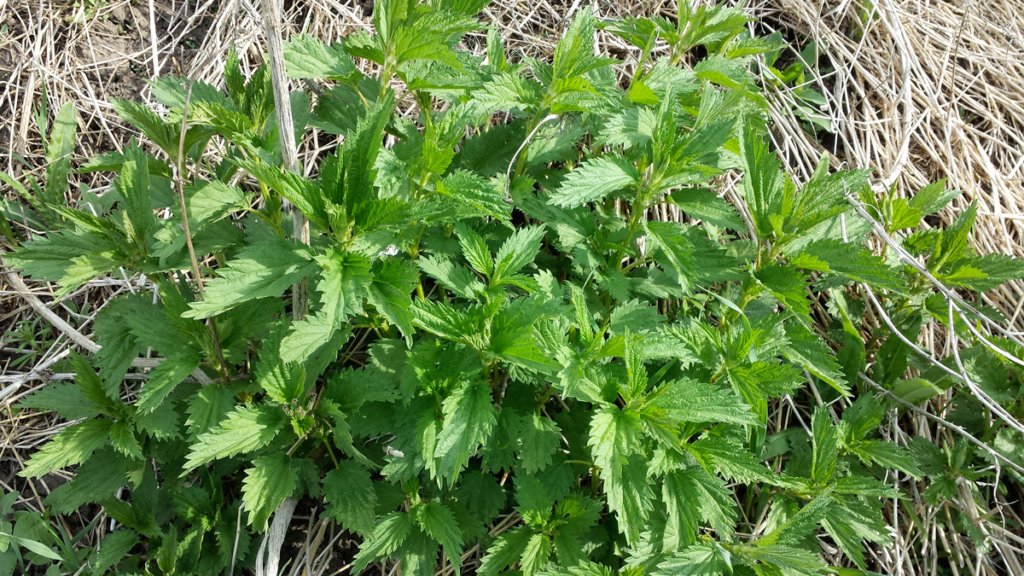 Nettles are not hard to find they grow pretty almost anywhere: along field edges, in moist woodlands, disturbed areas, and along riversides. They are loaded with vitamins and make an excellent spinach substitute, and the roots have some medicinal qualities.

Nettles are used quite a bit in just about all European cuisines. In England they have Nettle Festivals and nettle-eating contests. I have come across recipes for nettle soups, nettle beer, and even nettle cupcakes. The nettle soup caught my attention first, and I tried a recipe by Swedish Chef Andreas Viestad for soup with smoked trout. The soup was pretty good by itself but the addition of the flakes of smoked trout took the soup to the next level. 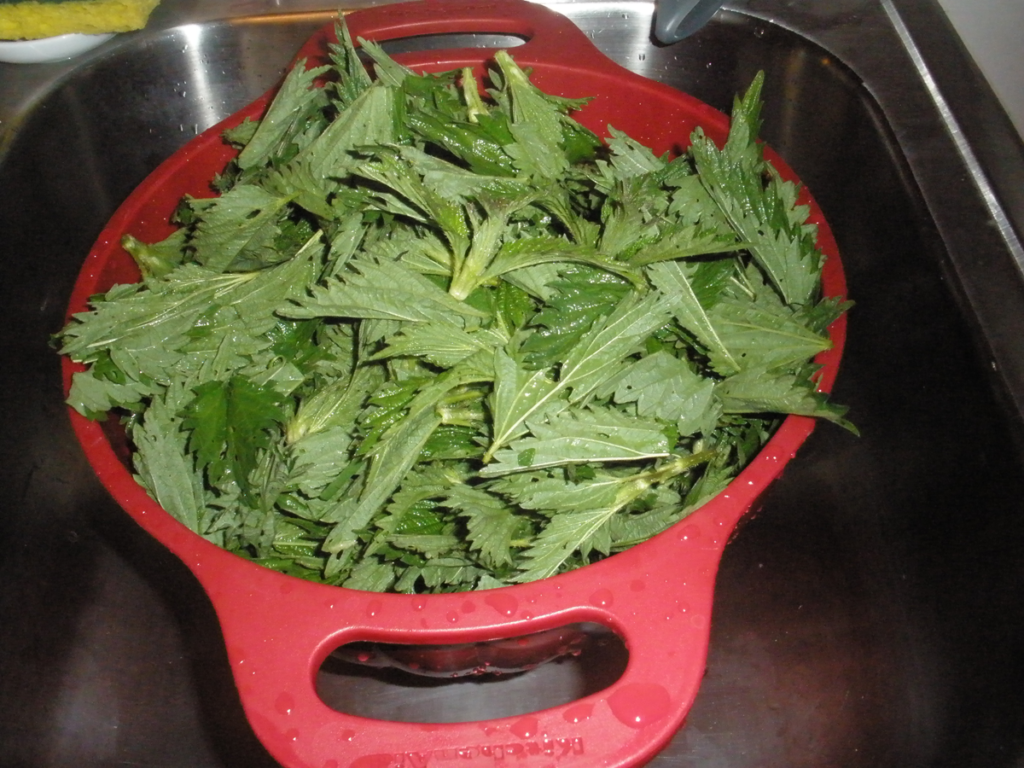 After that, I have experimented with using nettles in as many different ways as I can. I’ve dried the leaves and made nettle tea and have used nettles to make pesto and chimichurri. Everything I have made has been good. Somethings have been better than others, though, and I have found that making a puree out of sautéed nettles and then incorporating them into pasta is my absolute favorite way to use them. It also allows me to preserve the young spring nettles and use them all throughout the year. It doesn’t take long to fill a plastic grocery bag with them and that is usually more than enough to freeze. I rinse them under running water and then dry them in a spinner. Working in batches, I sauté the nettles with butter, salt and pepper, then pour them into a blender and pure them. Then you just have to pour the puree into ice cube trays and freeze. For every batch of pasta or gnocchi I make, I use about 4 frozen cubes.

One of my favorite ways to use nettles is in gnocchi. Gnocchi are small potato dumplings that can be made from just about anything. I use a recipe by Jenn Louis that I made a few small changes to. After you make the gnocchi and boil them you can toss them in a pan with browned butter and top with parmesan. Or, give this a try: 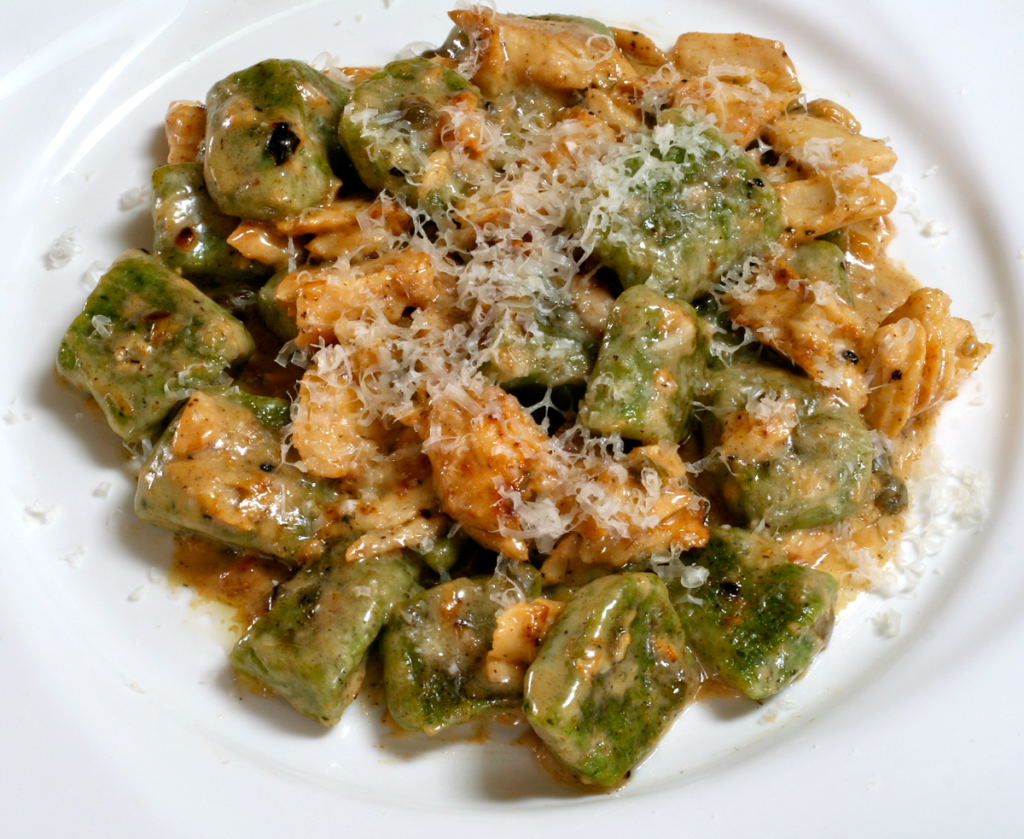