A bowhunter’s gear choices are never more critical than in the frigid, unforgiving late season. Choose the wrong huntwear system,... 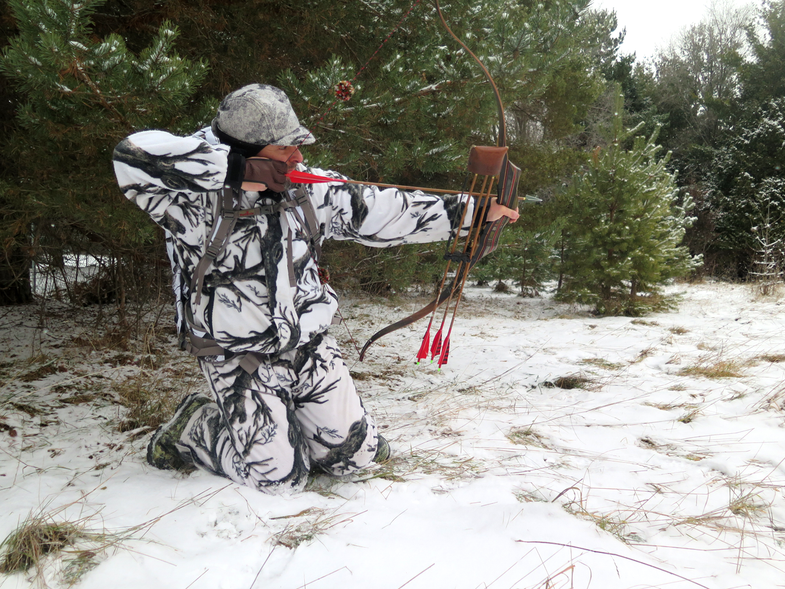 A bowhunter’s gear choices are never more critical than in the frigid, unforgiving late season. Choose the wrong huntwear system, for example, and your hunt is essentially over before it begins. If any part of your arsenal is letting the cold creep in, you’ll likely abandon your afternoon stand well before the falling light of prime time.

So what’s a sign that your gear needs upgrading? To my mind, if you can’t spend a solid three hours on stand in your hunt area’s extreme (albeit typical) late-season conditions, you need better gear. After all, bowhunting is supposed to be fun, not torture, right? To give yourself every chance for late success, your goal should be to remain on stand closer to five full hours. A pipedream you say? Before you scoff, consider these three items, which I’ve come to depend on lately when the mercury drops. They’ve proven their late-season worth across many states and provinces, and have become the trusted staples of my collection. 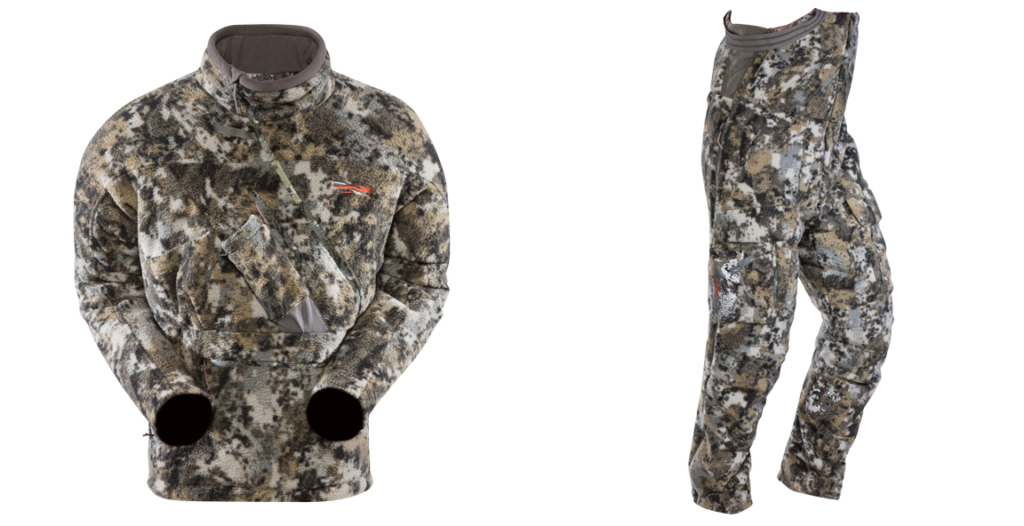 1. Sitka Fanatic Jacket and Bibs
When your core is warm, your whole body benefits. One of the best cold-weather clothing systems I’ve ever used is Sitka’s Fanatic Jacket and Bibs, which underwent a design upgrade for 2015 to be quieter and warmer. The combo now features a deathly silent Berber fleece face that’s combined with Gore Windstopper and body-mapped Primaloft Silver Insulation. One of the coolest features is the jacket’s diagonal-zip design that allows for a built-in zippered front hand-warming muff; last weekend this combo got a serious test in the form of Wisconsin’s gun deer season opener, and passed with flying colors. The first two mornings of that hunt began at a bone-chilling 8 degrees, yet I was able to remain on stand and toasty for the bulk of both days. It helped to pack that front muff with four “body-sized” chemical handwarmers that allowed me to wear thin gloves, enabling quick and sure rifle maneuvering. It’ll do the same for late-season bowhunters.

Sooner or later most any discussion about Sitka gear will address its premium pricing. At $399 for the jacket and $389 for the bibs, this combo is no doubt a serious investment. Yet if you regularly bowhunt the rut by pulling dark-to-dark sits, or soldier on into the late season (when the best game movement typically occurs during the very worst conditions), this smartly engineered combo becomes a wise investment, indeed. 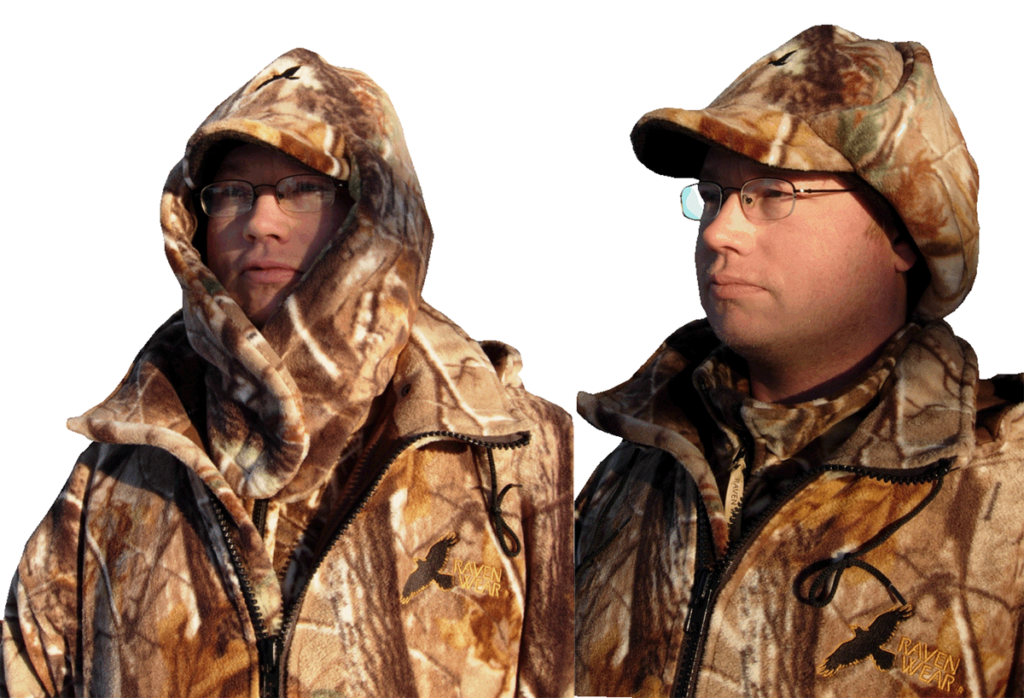 2. Ravenwear Noggin’ Boggin’
Of course, headwear is critical to any extreme-weather system and for many years now, the heavy fleece Noggin’ Boggin’ has been a favorite when the bottom falls out. It’s simply one of the warmest hats I’ve every found. I was first introduced to Alberta-based Ravenwear back in the 90’s while preparing for a late-November Alberta rut bowhunt, and these heavy-fleece garments didn’t let me down. Nor have they since. The Noggin Boggin ($80) is made using three layers of fleece and includes an effective wind barrier; I especially love the long ear flaps that Velcro up and out of the way when you don’t need them, but fold down nicely over your ears and under your chin when you do.

And as someone who wears a contact lenses, I appreciate the flexible fleece brim that allows me to dip my head and thwart sudden wind gusts as well as bothersome sun angles, while never impeding drawing my bow to anchor. Many years ago, Columbia Sportswear sold a similar hat that I loved called the “Yazoo” that unfortunately went out of production. Fortunately, the Noggin Boggin is a Yazoo on steroids. 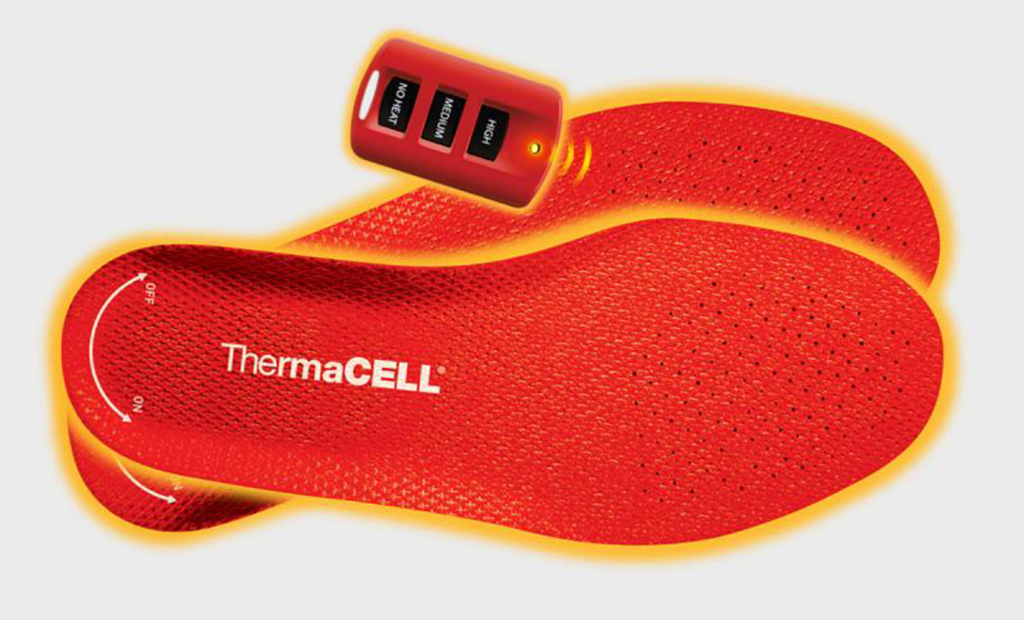 3. Thermacell Heated Insoles
Typically I’m leery of any garment or accessory requiring batteries of any type, but Thermacell’s heated insoles have become a glaring exception. Mostly, because they work as promised: they’re comfortable and unobtrusive tucked into your boots, and are generally evade the hassles most battery-operated devices seem to breed.

A few years ago, I credit Thermacell’s Original Heated Insoles for keeping me on stand during a northern Wisconsin late-season bowhunt, during which I arrowed a mature, freezer-filling doe just at last light. I know the temperature was in the single digits and the wind was blowing just enough to make things extra miserable, but my feet were toasty.

It’s important to know that while using these insoles your feet don’t get “hot.” From my experience I know that several hours into a frigid stand sit I will suddenly realize that I’ve not been flexing and tapping my toes to promote warming circulation nearly as much, or at all. Using these insoles, the condition of my feet generally goes out of mind. And that, dear readers, is a serious bonus in my book. The original models I’ve used are still available; I’ve not yet used Thermacell’s recent upgrade, their ProFLEX Heated Insoles.