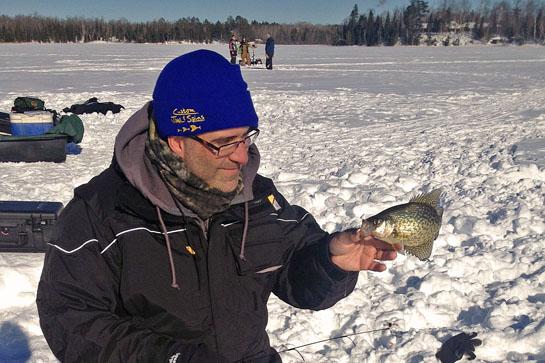 The Great Lakes region saw near-record ice coverage this season, but all good things must come to an end. And a serious danger lurks during this transition.

As of an April 9 analysis, the Great Lakes Environmental Research Laboratory listed the current ice cover for the Great Lakes at 53.3 percent. That’s still a lot of ice for this late in the year, but considering that the coverage was over 90 percent a month ago, the big thaw is clearly steaming forward.

The Outdoor Hub reports that after a series of recent rescues conducted by the U.S. Coast Guard and local authorities, officials are warning ice fishermen and other outdoor enthusiasts to be careful as lake ice melts.

Demonstrating the unpredictability of late ice, a group of 15 to 20 people were reportedly trapped on a drifting ice floe near Duluth, Minn. All managed to jump back to land as the ice floe neared shore, but things could’ve just as easily gone very badly.

The Coast Guard offers these tips for late-ice safety: Wear proper clothing, stay in groups, know ice conditions before setting out, and keep life-saving equipment such as life jackets and ice picks handy.