The Hand of God

Electronic collars (aka: e-collars or shock collars) often get a bad rap and it’s almost always the person pushing the... 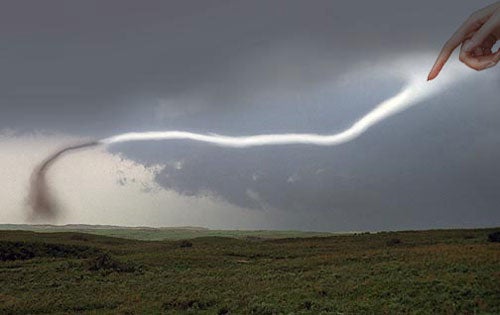 Electronic collars (aka: e-collars or shock collars) often get a bad rap and it’s almost always the person pushing the button and causing the shock that’s to blame. Instead of using “the collar” as part of a larger training program or thoroughly introducing their dog to it, collars are often a means of last resort for an exasperated owner.

While most owners aren’t sadistic towards their dog, their ignorant actions when it comes to collar introduction and use are just that. I’ve heard, seen and actually been a part of that ignorance. Instead of “collar conditioning,” or teaching the dog what’s expected of it and how to get out of an electrical correction, too many people strap the collar on and start zapping the dog. To the dog, this electrical shock is akin to the “Hand of God” coming out of nowhere and lighting up his life.The dog that is shocked and has no clue as to why it was, how to turn it off or avoid it altogether will become confused, scared or both. They’ll often times do one of two things: either shut down and refuse to do anything or they’ll head for the hills in an attempt to get away from the mysterious, sudden and unpleasant (and often painful if set too high) experience.

I’ve seen this happen with general pet owners, as well as gun dogs. In fact, my first experience with the collar was just like this and took place while I was in college.

My buddy Woody had a great black Lab named Bud. He was a big, blocky-headed Lab with a high prey drive. We used to take him out after class (and often times instead of going to class) and jump-shoot ducks off ponds and canals or chase pheasants, huns and any other game Bud could put in front of our shotguns. He was a great dog.

The problem was, Bud had some training but not the consistency required to maintain it in the field when faced with the excitement of live birds. It got to the point that he started giving chase when sniffing out a pheasant and there wasn’t anything Woody or I could do except watch Bud bust through brush and put the bird up well out of range.

Like many gun dog owners, we turned to the e-collar. There was no collar conditioning. We had no clue what that would have even meant. The next time we headed afield, the collar was strapped on and Bud was set loose to find birds. When he got on one and gave chase, Woody yelled for him to stop, heel, sit, etc, but old Bud had a snoot full of pheasant and was deep in thick brush. Woody hit the button and Bud let out a loud yelp and returned to Woody. He was turned loose again and after awhile loosened up and got on another bird.

Again, Bud took off after the pheasant without regard to range, hunters, etc. His prey drive was maxed out. I could see him chasing this time and when he disregarded Woody’s commands and got lit up, I watched in horror as Bud, in full-blown running stride, crumpled from the shock and somersaulted along the ground. He picked himself up, returned to Woody and quit. He was done for the day and wasn’t about to go back out into the bush where he had experienced “the hand of God” in the most negative of fashions.

We, like most ignorant gun dog owners that take a similar approach, were lucky because Bud’s high prey drive allowed him to recover from the experience and return to the field another day to hunt.

This is a scenario that plays itself out way too often. I shudder when I think of that day. I cringe when I think of all the dogs that face similar on-the-job “training” …where they are left to impossibly figure what is happening, how to get out of and how to avoid the shock of a collar more by guesswork than any real training.

To properly introduce you must teach the dog what is required of it. They must understand what it is you want them to do or not do and how they can comply in the face of the correction. Anything less and you’re putting your dog through unnecessary pain and confusion. Yes, they might indeed figure it out and respond how you wish them to, but it’s more out of luck and trial and error than actually understanding what is being asked of them.

There are a multitude of ways to collar condition a dog. You can use continuous stimulation or “nicks” (short bursts of shock lasting less than a second). It all depends upon what you’re trying to accomplish. Any good training program that uses the e-collar should have a chapter or demonstration on how to collar condition, introduce and troubleshoot the collar. Here are a few suggestions for programs that go over e-collars and teaching the dog how to respond:

Tri-Tronics: The e-collar company has some nice literature on terms and exercises for beginner to advanced trainers. If you’re new to e-collars and are wondering about collar conditioning, check out their beginner section and read the topic “Methods to use for stimulation” for a quick and dirty explanation.

Mike Lardy: For retriever guys there are few that compare to Lardy’s experience and explanations. This 90-minute DVD will take you through the collar conditioning process for retriever games and hunting.

George Hickox: These DVDs take both the pointer and retriever trainer through positive reinforcement via clicker training, as well as collar conditioning. One-stop shopping for both types of dogs that introduces the critical timing and use of the collar in a very low-stress, positive atmosphere.

Ronnie Smith: The first volume of the Silent Command System by Rick and Ronnie Smith establishes points of contact on the dog via the whoa post. Those same points of contact are then overlaid by and transitioned to the e-collar, creating a seamless compliance to physical or electrical stimulation.

As with other important aspects in training, such as force fetch, if you’re not quite comprehending what’s happening or run into trouble, search out assistance from a qualified professional. The time and money spent on this small but critical step is well worth it and can make future training easier while also helping to avoid pitfalls that could set you back or create problems that you have to remedy.