How to Develop & Enhance Prey Drive

Prey drive is the fundamental cornerstone upon which trainers build a gun dog. Without it you’re going to have a... 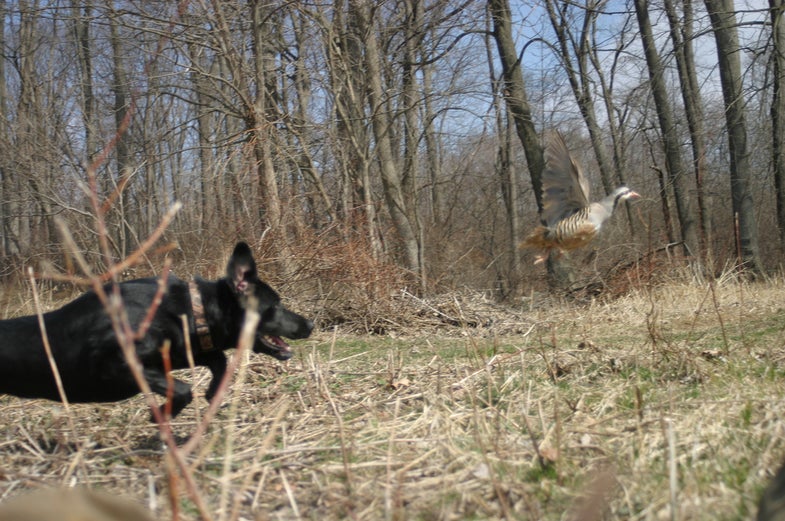 Prey drive is the fundamental cornerstone upon which trainers build a gun dog. Without it you’re going to have a hard time hunting a dog in adverse situations and an even harder time shaping his behavior through training. To learn more about prey drive and how to maximize it, I called professional bird-dog trainer Ronnie Smith.

“Desire for game is what will keep a dog hunting. It’s what keeps them focused, intent and keeps them going,” said Smith. “Think of it like this: If you’re out there pheasant hunting and you have a blister on your foot and you’re not seeing birds, with every step you take you’re thinking about your foot hurting. If you’re seeing birds, though, and you think a pheasant could be in the next bush or just around the hill, then you’re more focused on that than on your foot.

“You’ll see the same thing with dogs that hunt in inclement weather, rough terrain or during dry spells between birds or coveys. Prey drive is what keeps them going and hunting even when challenged.”

Beyond hunting, however, prey drive comes into the picture long before you get into the field with a dog. In fact, training a dog without enough prey drive could be a losing endeavor.

“Without desire for game, it’s difficult to enforce behavior around game. You can do it but they’re going to have zero intensity, enthusiasm and no style; you’re basically going to have a yard dog standing there,” said Smith. “Prey drive is what sustains a dog through the training process. You’ve got to have desire for what there are rules for, and for bird dogs, that’s birds.”

Another thing to keep in mind when thinking about a dog’s prey drive and what he will be used for in the field: the more rules he has to follow, the more demanding the conditions and the higher the expectations, the higher the prey drive the dog should possess.

It’s all fine and dandy to talk about what your dog needs when you’re looking for a pup, but what happens if you already have a dog and have somehow extinguished his drive or he seems less than interested in birds?

“First of all, you can develop or enhance a dog’s prey drive through exposure to game, but you’re not going to make a dog like birds that doesn’t have the genetic disposition to be a bird dog to begin with,” said Smith.

To help develop a dog’s prey drive, Smith would try a few things:

*Expose the dog to lots of birds in positive, do-no-wrong settings. Just let them sniff it, play with it and follow it around. No reprimands or other negative reinforcements should take place that the dog could construe as being associated with a bird.

*If the dog is a young pup, start with an appropriate-sized bird. Don’t throw a cock pheasant in with him. Instead try a pigeon and secure the wings so they can’t flap and scare the puppy.

*For older dogs, use their chase instinct to help elicit prey drive. Tether a bird so it can’t fly away and allow it to flop and run across the grass. “With older dogs you want to play on the prey chase,” said Smith. “If something is moving, a dog is going to chase.”

*Exposure is key. Keep up a steady diet of birds in positive environments so that the dog wants to get after them more than anything. “Once you get a dog that recognizes game or scent and has a high desire, then you can shape and redirect that through training,” said Smith. “BUT, they have to have had that desire for a long time. You can’t do this for a week and expect them to stand up to the demands of training. This is something you’d want to work on for a couple of months.”