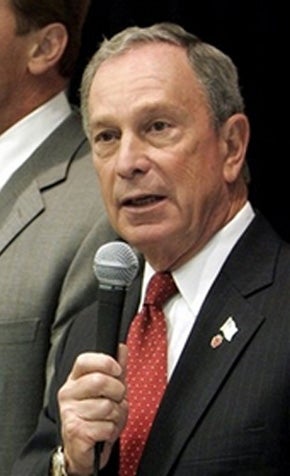 State Senator Jeffrey Kessler has proposed a bill in the West Virginia Legislature that would make it illegal in that state for New York City Mayor Michael Bloomberg to stage undercover stings that induce illegal gun sales.

“It’s for us to handle within our own borders,” he said. “We jealously guard our gun rights, and we’re vocal advocates for the Second Amendment.”

In his Mayors Against Illegal Guns’ crusade, Bloomberg sends decoys to gun shows to act like they don’t have legal standing to make a purchase, and then publicizes resulting illegal sales. Kessler’s bill, if approved, would make that practice illegal — and throw the mayor’s investigators in jail.

Not surprisingly, the proposal has been greeted with enthusiasm. After all, what could be more repugnant to West Virginians than the mayor of New York City sticking his nose into their business? And who could be a more repugnant mayor of New York City than Michael Bloomberg, the august autocrat who, in his all-wise and benevolent condescension, wants to liberate the “Little People,” such as you and me, from Constitutional rights we really don’t understand or need?”

Of course, since the corruption arrests of several Bloomberg henchmen — Sheila Dixon of Baltimore; Kwame Kilpatrick of Detroit – the discredited group has little political punch, but makes for good punch lines.

For more, go to: http://blogs.dailymail.com/donsurber/archives/9367//